The Young Traveller In Space by Arthur C. Clarke 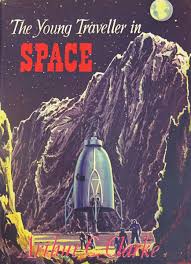 50 years ago on 20th July 1969 the first men stepped onto the moon. The book I have chosen was published in 1954 – seven years before Yuri Gagarin, a Russian cosmonaut, became the first man to go into space and orbit the earth and fifteen years before the first moon landing. It is written by Arthur C. Clarke who was a science writer and a visionary when it came to space travel. In 1954 space science was new and still very much in the realms of fiction and fantasy. Jules Verne and H G Wells notably wrote adventure stories about travelling to the Moon and, although they were great fun, they offered no real insight into how this could be achieved. 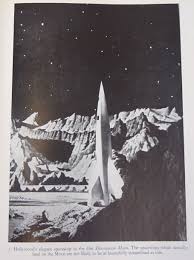 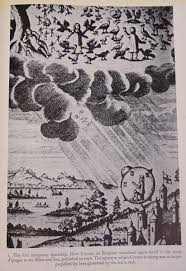 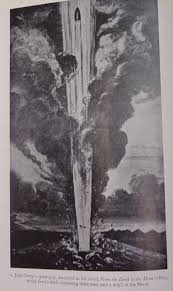 In reality the Chinese who discovered gunpowder and used it to power fireworks could reasonably be considered the first to design a rocket. However, it was 700 years before the idea was developed further during the Second World War when the first V2 rocket was launched. The possibility of space travel took a giant leap forward as the V2 was the first object to reach beyond our atmosphere.

This book, although written for children, examines in great detail how space travel for humans could be achieved. Clarke discusses the different uses that space travel could be put to, for example, he imagines that a chain of “space stations” might be used to broadcast programmes all over the world. He also believed that some forms of medical and scientific research would benefit from being conducted in the weightlessness of space. 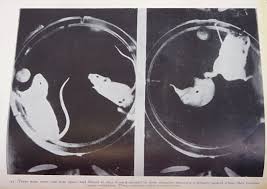 It is, however, his detailed description of how a future rocket would be constructed, fuelled and launched that is so impressive, along with his description of what it might feel like to be a human being aboard such a vehicle. It turns out he was accurate in all of these ideas.

I think what I find so significant about this book is that it has made me realise that there are people from all walks of life - scientists, engineers, medics, or simply anyone with the ability to apply what they already know - and to then imagine what could be done in the future. In which case perhaps we should be paying attention to some of the more worrying ideas on Artificial Intelligence or Climate Change. After all Arthur C Clarke was writing only fifteen years before space travel was realised and fifteen years from now doesn't seem very far away to me!