The first issue of the Strand Magazine appeared in January 1891 and the last in March 1950. It was created by George Newnes at a time when British magazines were losing out to the interesting and lively magazines like 'Harpers' and 'Scribners'. Newnes had seen success with the launch of 'Tit-Bits' a few years earlier. His idea was for a magazine that had a 'picture on every page', a good mix of fiction and non-fiction, and a price that undercut the opposition. However each issue was to be complete in itself, with none of the cliff-hanger serials, although this changed later. 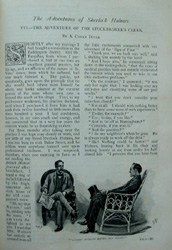 The first issues contained a large proportion of reprinted stories and features, but these were well illustrated with artwork and photographs. The magazine was popular, but not sensational. All this changed with the July 1891 issue, which saw the first appearance of Sherlock Holmes (right).

The stories were sequentially numbered, although each was complete in itself (another innovation), and they led to the magazine becoming the most popular on sale. The 'death' of the detective in the December 1893 led to a major outcry from readers, and Conan Doyle was forced to 'resurrect' him. He continued to appear for the next thirty years, until April 1927.

The individual issues of the magazines had pages of adverts that are missing from the bound volumes. Initially just a few pages appeared, but this rose and, at its peak, there were often as many pages of adverts as of text, sometimes in excess of a hundred, giving a fascinating glimpse of the period they were produced in.

The 'Strand' was the magazine to be published in, and many famous names appeared there. H.G.Wells, L.T.Meade, Edith Nesbit and W.W.Jacobs were published from the early days. Jacobs contributed to over 170 issues, and over 100 of Nesbit's stories appeared there first, as did Well's 'The First Men in the Moon' and many others.

Because of the Holmes connection, the magazine has become a great attraction for collectors of detective fiction. Agatha Christie, E.C. Bentley, Dorothy L. Sayers and many others all had numerous stories published there, and the big attraction is the illustrations that go with them. The books of these authors frequently contained few illustrations so the collector will seek after the various bound volumes of the 'Strand' which contain many more. When you consider that much of the work by some of the most popular authors of the time appeared in the 'Strand' before being published in book form, and all profusely illustrated, you can see why the copies now are so collectable. Somerset Maugham, Kipling, Jerome K. Jerome, Edgar Wallace, 'Sapper', Winston Churchill, G.K.Chesterton, and John Galsworthy were all regular contributors, and there were many, many others. 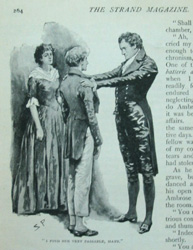 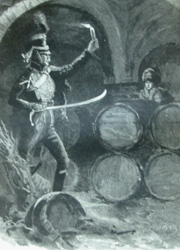 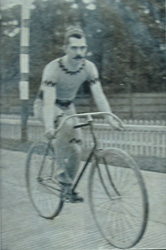 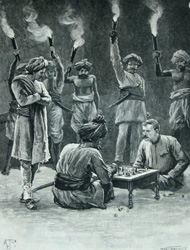 One favourite author of mine, P.G. Wodehouse, appeared exclusively in the 'Strand' for almost thirty years, contributing in excess of 150 stories. All the stories were illustrated, and almost none of the books were. If you are unlucky enough to collect an author who was published in a 'Doyle' or 'Wodehouse' issue or, even worse, one containing both, you will have to dig deep indeed. Early volumes have reached in excess of £150 each.

The magazine is full of items that just fascinate like 'Curiosities' and 'Illustrated interviews', and with articles like 'The training of Lions and other Great Cats', 'Sand Art', 'Remarkable Cycles' and 'Spirit Drawings' amongst hundreds of others. During the 1930's the story magazine market changed and the competition for readers started to hit the 'Strand'. Despite making changes it saw a falling market share, but the paper shortage during WWII really sounded its death knell, and it was merged with 'Men Only' in April 1950.

Information gleaned from The Book and Magazine Collector articles.