A good friend of mine - Amy Goddard - is a folk singer and has recently released her second Album – “Secret Garden”.

I asked her why “Secret Garden” and she said it was because she loved the book and also she loves 'secret' places where you can escape for peace and quiet.

As a child The Secret Garden was one of my favourite books as well so I thought I would feature it in this month's article.

Written by Frances Hodgson Burnett and first published in 1911 the story begins when Mary Lennox, a spoilt young girl living in India, loses her parents to a severe plague of cholera and is forced to go and live with her mysterious uncle (Archibald Craven) in his large manor house (Misselthwaite Manor) on the Yorkshire Moors.

Mary isn't a very pleasant girl at the beginning of the story, she dislikes anyone and anything. However, as the story progresses she comes to be a very likeable girl.

The morning after her first sleep at her new home she awakes to find Martha (the housemaid) laying a fire in her room. Martha is the exact opposite to Mary and she smiles and chats to Mary while she works. Mary soon comes to like her. Martha tells Mary that she should go and explore the grounds of the manor house and that one of the gardens has been locked up for 10 years since Mrs Craven had died there in an awful accident. Who can resist a secret!

While out exploring the grounds Mary makes two more friends – Ben Weatherstaff (the gardener) and a little robin redbreast. The robin actually shows Mary where the secret garden is as she first sees him singing from the top of a tree inside a walled garden but without a door to be seen! Now all she needs to do is find the key (and the door!).

One sunny day (the first since Mary has arrived in Yorkshire) Mary finds the little robin hopping about beside a small hole that has been partly dug up in a flowerbed, as if trying to tell her something. After looking more closely she discovers an old rusty key! So now she has a key but still no door! However, never fear... the helpful robin redbreast is near! The next day while Mary is playing with a skipping rope she sees the robin and asks him where the entrance to the mysterious garden is. He leads her to part of the wall that is covered by a thick curtain of ivy, and lo-and-behold behind this is a door! Mary tries the key and although it takes all her strength she manages to turn the key. What is behind the door?

After 10 years the garden is all overgrown with rose bushes entwined with each other. However, Mary thinks it is a wonderful place and tends to the garden as best she knows how. Mary mentions to Martha that she would like a little spade (but doesn't tell her why) and Martha promises that she will get her younger brother Dickon to bring her some garden tools. Dickon, a gentle boy with a love of nature, and Mary get on like a house on fire and Mary soon finds herself confiding in him about the secret garden. Together they start to tend to the garden, with Mary becoming more friendly with Ben the gardner, asking him questions about gardening and in particular about looking after roses.

At this point in time Mary learns that Mr. Craven is going away for a while and before he goes he would like to see her (although she hasn't even met him yet!). Mary approaches him nervously but finds that he is not the horrid hunchback she was told about but instead is a kind man with handsome features. Mary plucks up the courage to ask him if he will let her have a bit of land on which to do some gardening and he gladly gives her permission to use any spare land she chooses (although I don't think he realises what he is agreeing to!).

Further on into the story we learn how Mary is convinced that she can hear mysterious crying from somewhere down the corridor from her room. She mentions it to Martha who denies anything and suggests that it is just the “wutherin” wind. Being an inquisitive young girl, Mary one day follows the noises and happens upon a secret door and inside finds Colin, Mr. Craven's 10-year-old son. Colin, who is in bed and very ill, is very much like Mary (or the old Mary I should say) - very spoilt, selfish and dislikes people, believing they are staring at him. Colin tells Mary that his father doesn't like to see him because his mother died when he was born and it makes him wretched to look at him. The staff of the manor are horrified at first that Mary has found Colin, but they soon realise that actually he is a different person with Mary, she is having a good effect on his health.

Mary tells Colin all about Dickon and Dickon about Colin and together Mary and Dickon decide that they are going to let Colin share the secret of the garden. This is a challenge however as Colin never goes outside! After Mary is awoken one night by Colin having a major tantrum she calms him down by convincing him that he is not as ill as he thinks he is. When everyone else has gone to bed Mary stays up all night with Colin talking to him about the secret garden. Mary arranges to bring Dickon along with his animal friends (a fox, a lamb, a crow and a couple of squirrels!) to meet Colin. The three children get on famously, talking together as though they are old friends. It is more than a week later before the weather is fine enough for Colin to go out. And excitedly he is tucked up nice and warm in a wheelchair and taken to the entrance of the garden. The beautiful sight of the garden prompts Colin to declare “I shall get well! I shall live forever and ever!”.

Colin's health continues to improve as the three friends continue tending the garden. Colin is determined that one day he will be well enough to walk around the garden unaided but until he does he is keeping his health improvements hush hush! Archibald Craven in the meantime is holidaying in faraway lands but receives a letter from the house-keeper suggesting that he return to Yorkshire as soon as possible. When he returns to Misselthwaite he searches for his son as he has a longing to see him for some unknown reason. As he stands outside the door of the secret garden he hears the sound of laughter from inside and suddenly the door bursts open and a boy runs out into his arms... it is his son! Imagine Mr. Craven's surprise! The last time he saw his son he was a very poorly invalid!

The three friends lead Mr. Craven into the secret garden and tell him the story of how Mary discovered the garden, found Colin and met Dickon and how they had all worked hard to get Colin well. Together they all walk back to the house – much to the surprise of the house servants!

The Secret Garden is now such a well known children's story and it has been wonderfully illustrated over the years. The very first edition was illustrated by Charles Robinson in 1911, my favourite illustrated version at the moment is by Robert Ingpen. 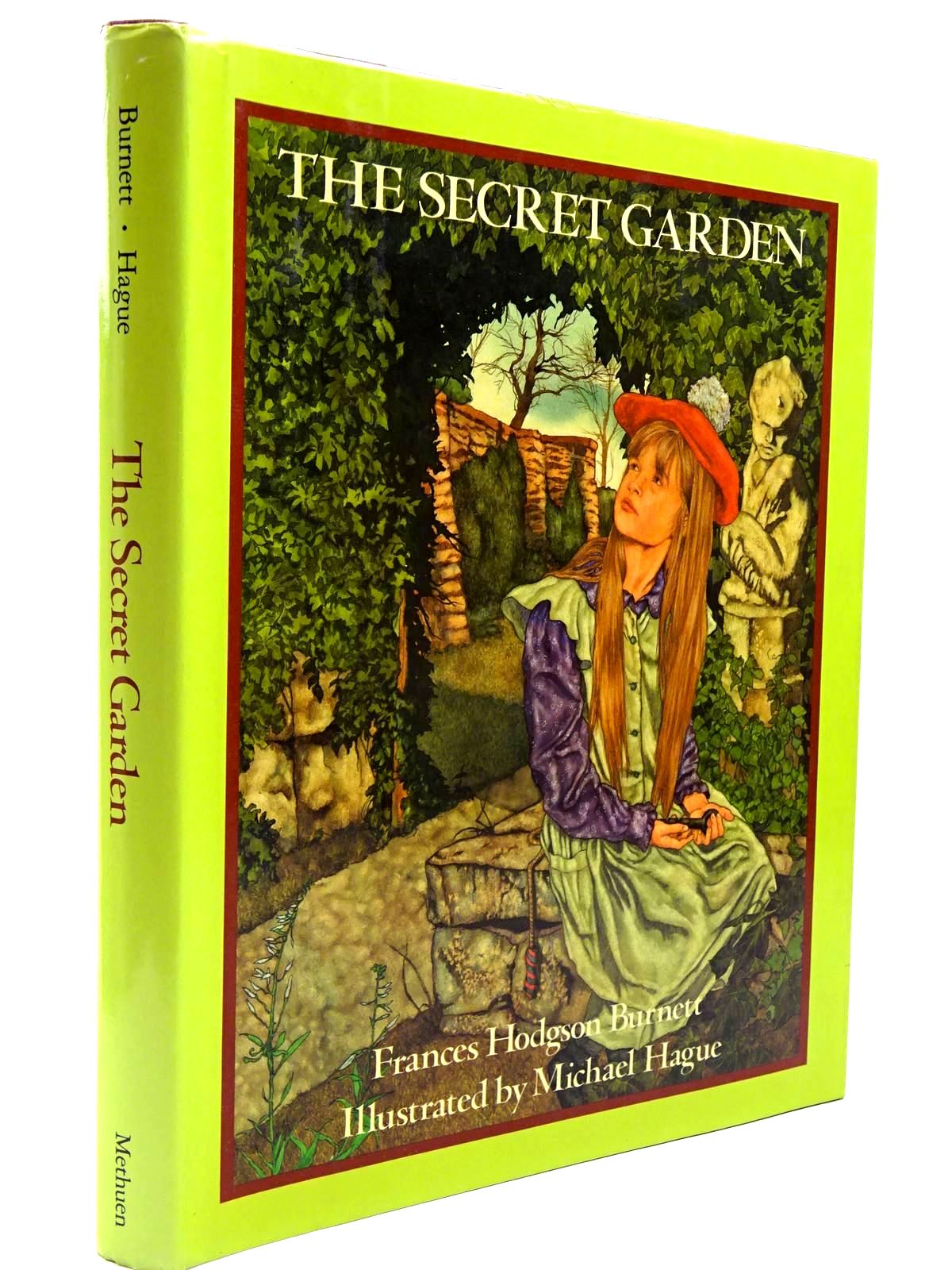