The Dodo and its Kindred

The Dodo and its Kindred by H.E. Strickland and A.G. Melville

On discovering this book in our Special Book Room, I was immediately fascinated. Published in 1848, here was an entire work dedicated to the Dodo and other extinct birds or, as the rather imposing subtitle reads, “The History, Affinities, and Osteology of the Dodo, Solitaire, and Other Extinct Birds of the Islands of Mauritius, Rodriguez, and Bourbon”. So one question answered already – the Dodo was to be found on the islands of Mauritius, Rodrigues and Bourbon (now named Reunion Island) which lie about 1200 miles off the south-east coast of the African continent. 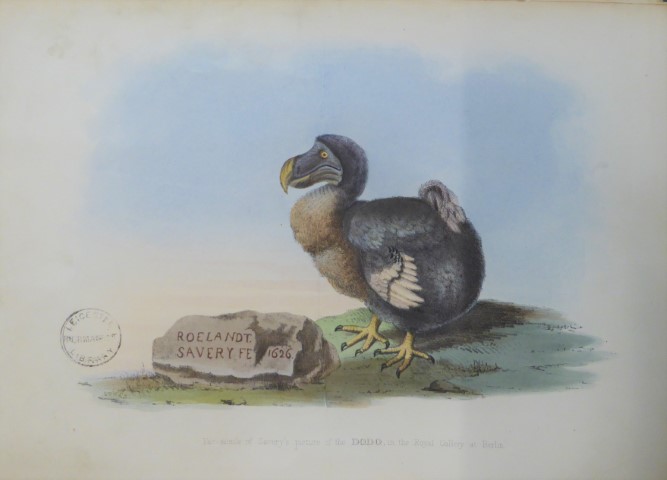 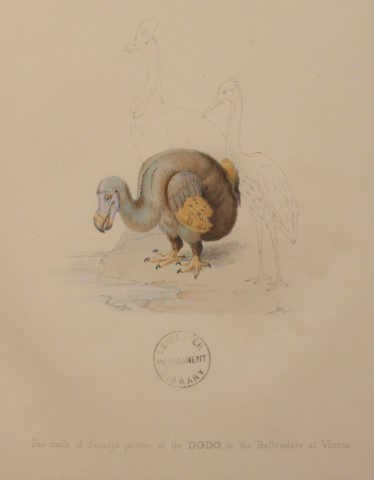 Scanning the contents page I see that the book is divided into sections which include the Historical Evidences, Pictorial Evidences, Anatomical Evidences and Affinities of the Brevipennate Dodo. (Brevipennate? I had to look this one up – it simply means short-winged!) These are followed by chapters on another extinct, brevipennate bird, the closely-related Solitaire. The second part of the book focuses on the osteology (study of the structure and function of the skeleton and bony structures) of both birds.

The authors begin with the Natural History of the Dodo and introduce the subject thus: “Most persons are acquainted with the general facts connected with that extraordinary production of Nature, known by the name of the Dodo, - that strange and abnormal Bird, whose grotesque appearance, and the failure of every effort made for the last century and a half to discover living specimens, long caused its very existence to be doubted by scientific naturalists, We possess, however, unquestionable evidence that such a bird formerly existed in the small Island of Mauritius, and it is ascertained with no less certainty that the species has been utterly exterminated for a period of nearly two centuries.”

Bearing in mind this book was published in 1848, we now have another question answered – the Dodo became extinct in the 17th century, nearly 400 years ago. It is not surprising then that little is known about it.

The authors continue with a description of the discovery of the island of Mauritius, firstly by the Portuguese and then by the Dutch who settled there in 1598. The Dutch sailors described the variety of pigeons, parroquets and other birds, among whom was found some “the size of swans with large heads, furnished by hoods; no wings, but in place of them three of four small black quills; and the tail consisted of four or five curled plumes of a grey colour”. The sailors called these odd creatures “Walckvogel” or “disgusting birds”, based on the toughness of their flesh. And this leads us to the possible reason why they disappeared so soon after their discovery – “it is probable that these gigantic fowls, deprived of flight, slow of foot, and useful for food, were speedily diminished in number, and finally exterminated by the thoughtless rapacity of the early colonists”. 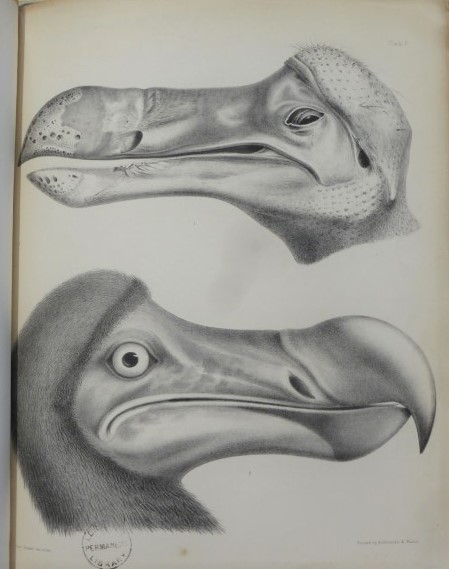 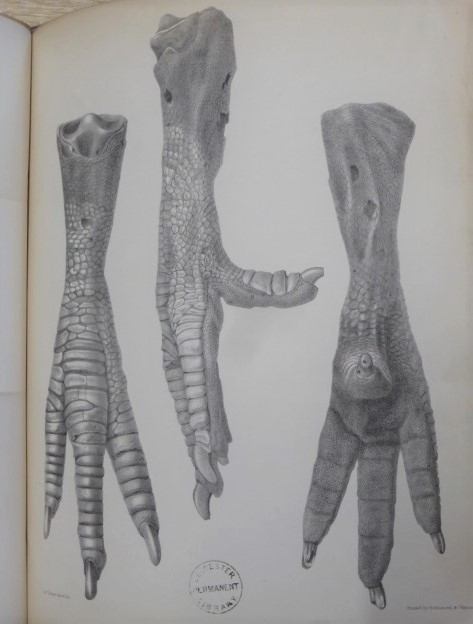 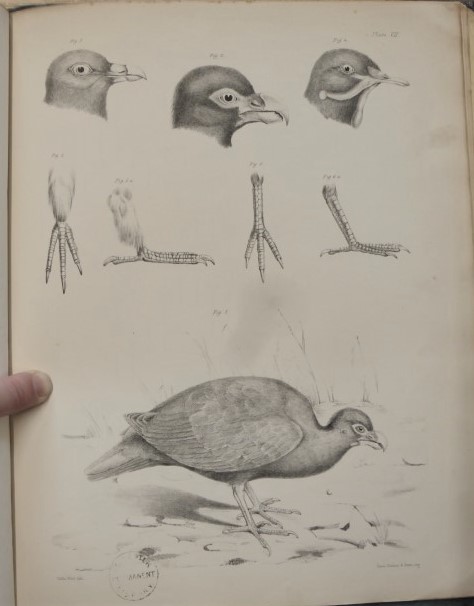 The next section in the book discusses the pictorial evidence of the Dodo - evidence derived from contemporary paintings, of which all but one, closely resemble each other. The best known of these is an original picture drawn in Holland from the living bird which is to be found in numerous natural history books. The Dodo is depicted as a large flightless bird, similar in size to the turkey but with a head and beak having the appearance of a vulture.  The picture I know best is that drawn by Arthur Rackham for his illustrated version of Lewis Carroll’s ‘Alice’s Adventures in Wonderland’. In fact when I was researching this article I discovered that the Dodo is a caricature of Carroll himself. Apparently a popular but unsubstantiated belief is that Carroll, whose real name is Charles Dodgson, chose the particular animal to represent himself because of his stammer, and thus would accidentally introduce himself as "Do-do-dodgson". 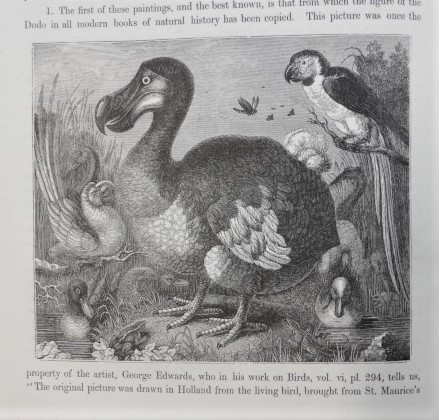 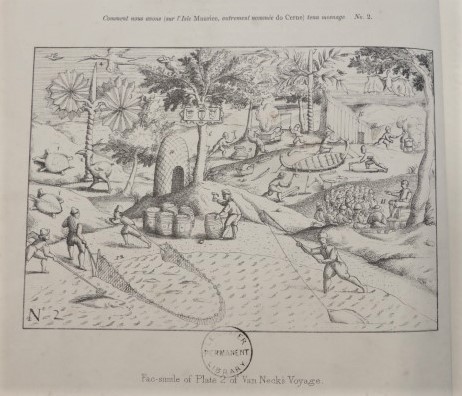 But I digress. In addition to illustrations in the text, the book contains 17 plates including two hand-coloured and two tinted. According to one bibliography it is the standard work on the subject of the Dodo, setting out to separate the myth from reality regarding perhaps the world's most famous extinct bird. It was borne from a dissection of the dried out head of the last remaining stuffed Dodo, carried out by Strickland and Melville in the mid-19th century, and calls attention to the previously unrecognised problem of human involvement in the disappearance of an entire species.

This book is absolutely fascinating. In the anatomical evidence section the authors draw the conclusion that the Dodo is neither turkey nor vulture but in fact belongs to the family Columbidae – the family of pigeons and doves! You will need to read the book to find out why…