Our Friend Jennings by Anthony Buckeridge

"Free on Approval. Fifty rare foreign stamps given away with each of our genuine Colonial and Empire issues. Send for free lists and sheets on approval." 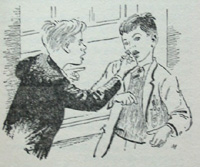 When S. & S. Boddington. Ltd composed their advertisement, they could have no idea of the chain of events it would unleash - not least the apparent discovery of a Penny Black stamp in the unlikely location of Bromwich major's locker!

Of course, a seasoned stamp-collector may have understood that the offer of free stamps was intended for those who made purchases of more valuable items from the pages of the firm's catalogue. But would-be philatelists Jennings and Darbishire were new to the game, and they could hardly believe their good fortune. "A kindly couple, these Boddingtons, to give so freely to all in need!"

Wasting no time, Jennings requests the latest sets of stamps from Boddingtons. When they are delivered a few days later, he shares the stamps among his friends with typical generosity but pays little attention to the contents of the accompanying letter.

It is Mr. Carter who breaks the news to Jennings & Darbishire that Messrs. S. & S. Boddington expected the approval sheets to be returned to them if the stamps were not purchased. Jennings is aghast, as by this time the stamps had been swapped and re-swapped among the seventy-nine boarders at Linbury Court School. If the stamps could not be retrieved, Boddingtons would expect the princely sum of five shillings!

Needless to say, it is a case of 'all's well that ends well' but not before the apparent discovery of a Penny Black among the free stamps from Boddingtons has threatened to land Jennings in deeper trouble. Apparently a solution to their financial commitments, the Penny Black is soon found to be... red! What could have happened? Surely the 'kindly couple' at Boddingtons couldn't be forgers?

Left: the frontis illustration by Douglas Mays from the 1955 1st edition.

Jennings is indignant and writes to Boddingtons to give them a piece of his mind:-

"I hope you are quite well aware that your so-called famous Penny Black is a fake. I can prove this owing to scientific chemical tests in the gutter-spout which came out all red. It is not right asking me to pay five shillings for a penny stamp not worth twopence, and I think Mr. S. Boddington is unfair. Or if he isn't, then the other Mr. S. Boddington is.
With best wishes from your obedient customer, J.C.T. Jennings."

Fortunately, before the letter can be posted, the mystery is solved when Bromwich casually admits that the Penny Black was the result of an experiment with a new set of paints. "I wanted to try out my new paint box. I've often wondered what a Penny Black looked like..."

The episode is just one in a series of incidents which threaten to disrupt the smooth-running of Linbury Court School. The adventures of Jennings and his faithful companion Darbishire have been delighting young, and not quite so young, audiences since the characters first 'appeared' in radio broadcasts for Children's Hour in the 1940s. The first Jennings book, Jennings Goes to School, was published by Collins in 1950 and subsequent books appeared at a rate of approximately one a year until the mid 1970s. After a gap, Jennings Again andThat's Jennings were published in 1991 and 1994 respectively.

Right: Cover illustration from the 1973 issue.

Demand for these delightful school story books remains strong and prices have increased steadily in recent years - the scarcest editions now command prices in excess of one hundred pounds, though it is possible to acquire hardback reprint editions from about ten pounds.

Why not take a look at our Jennings information pages and re-discover an old friend from your childhood? And if you haven't yet experienced the joy of these books, it's never too late! 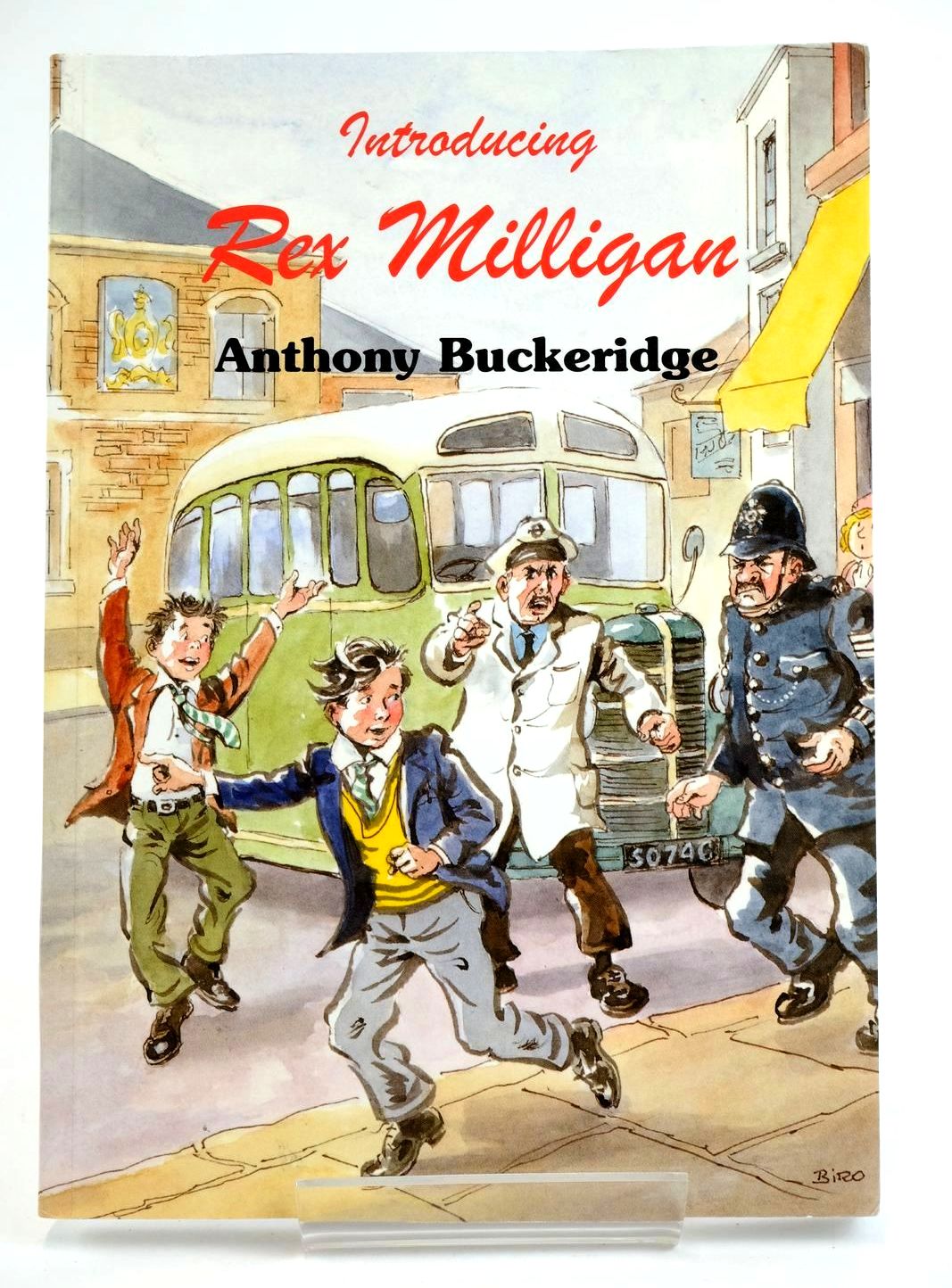 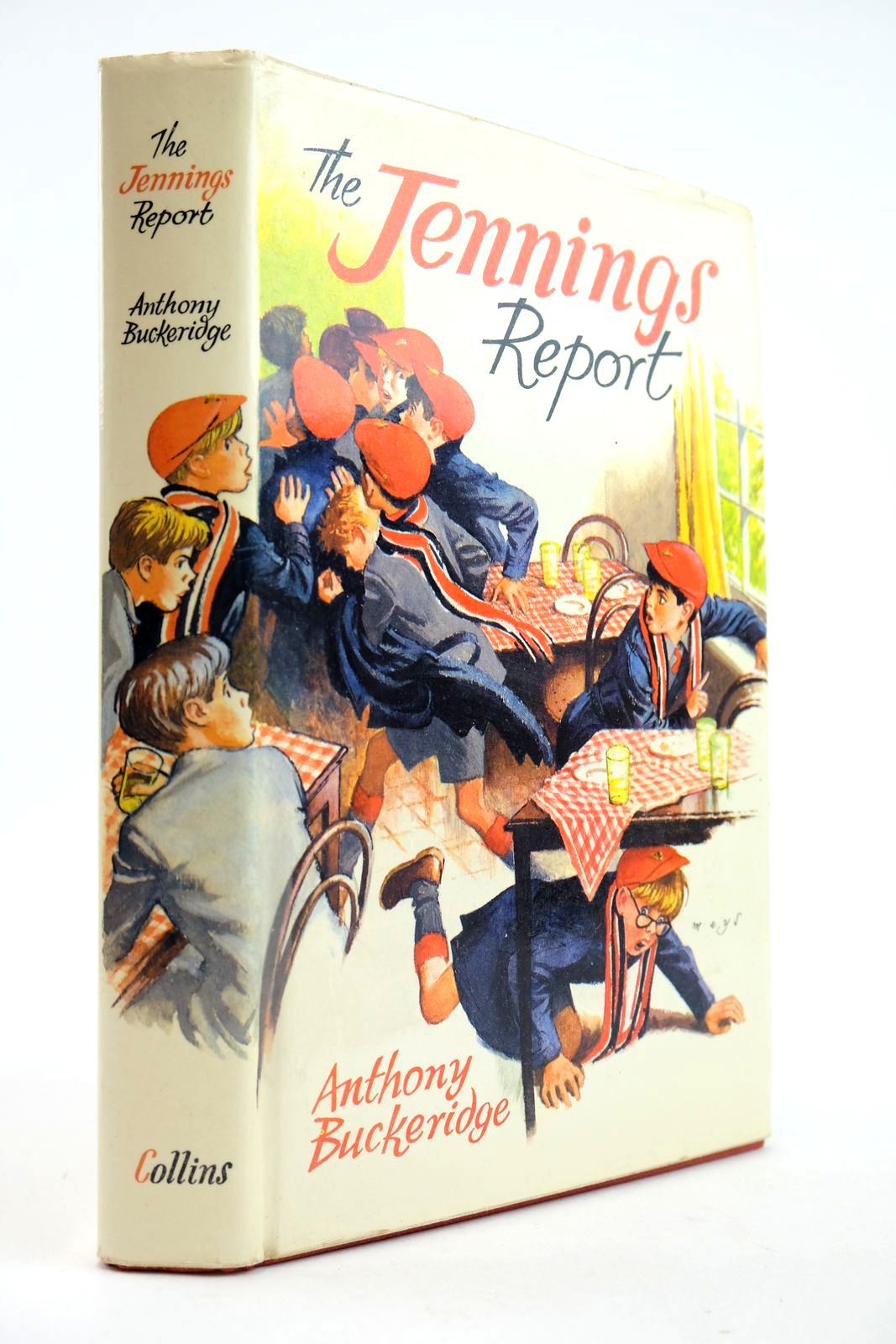 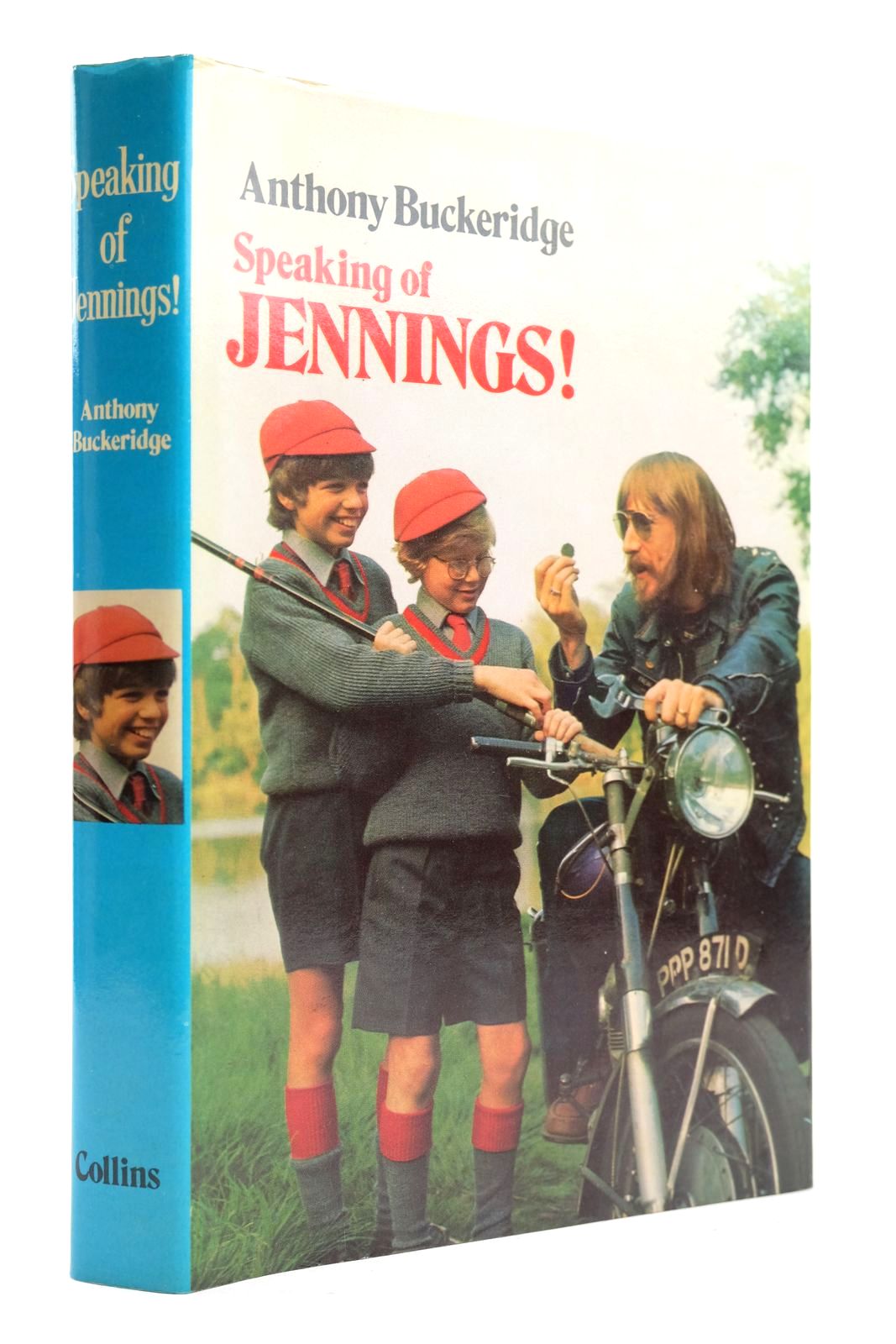 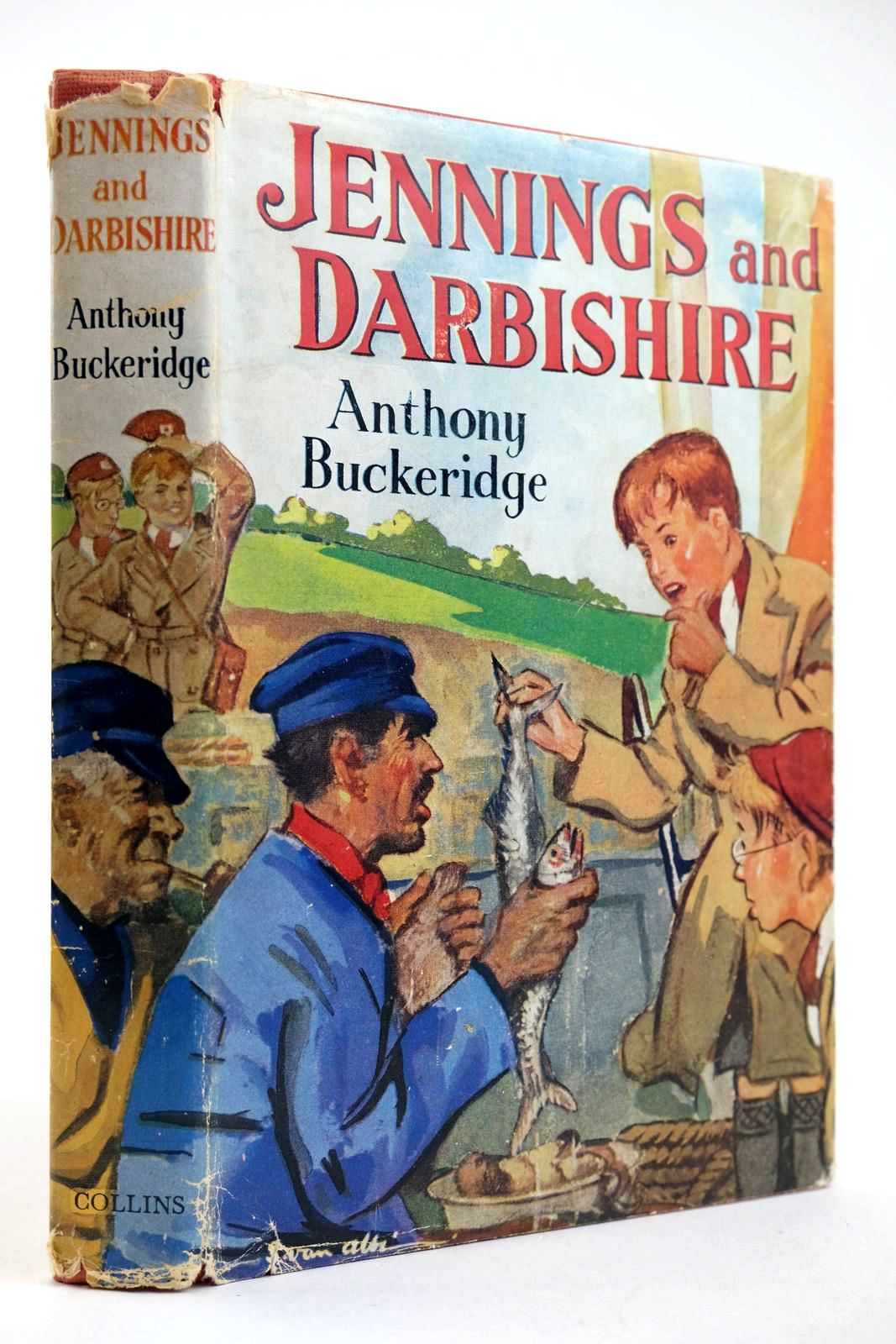 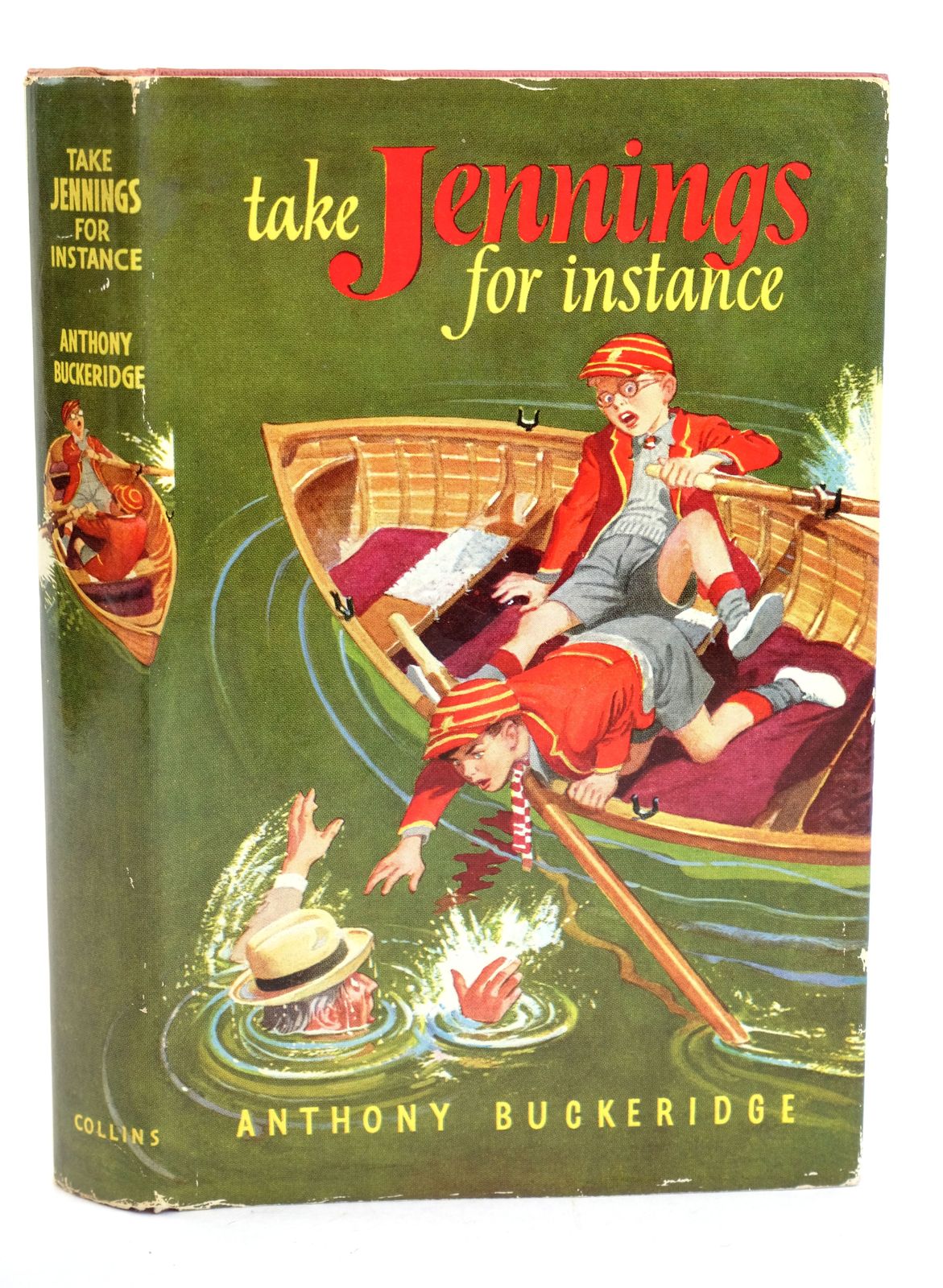 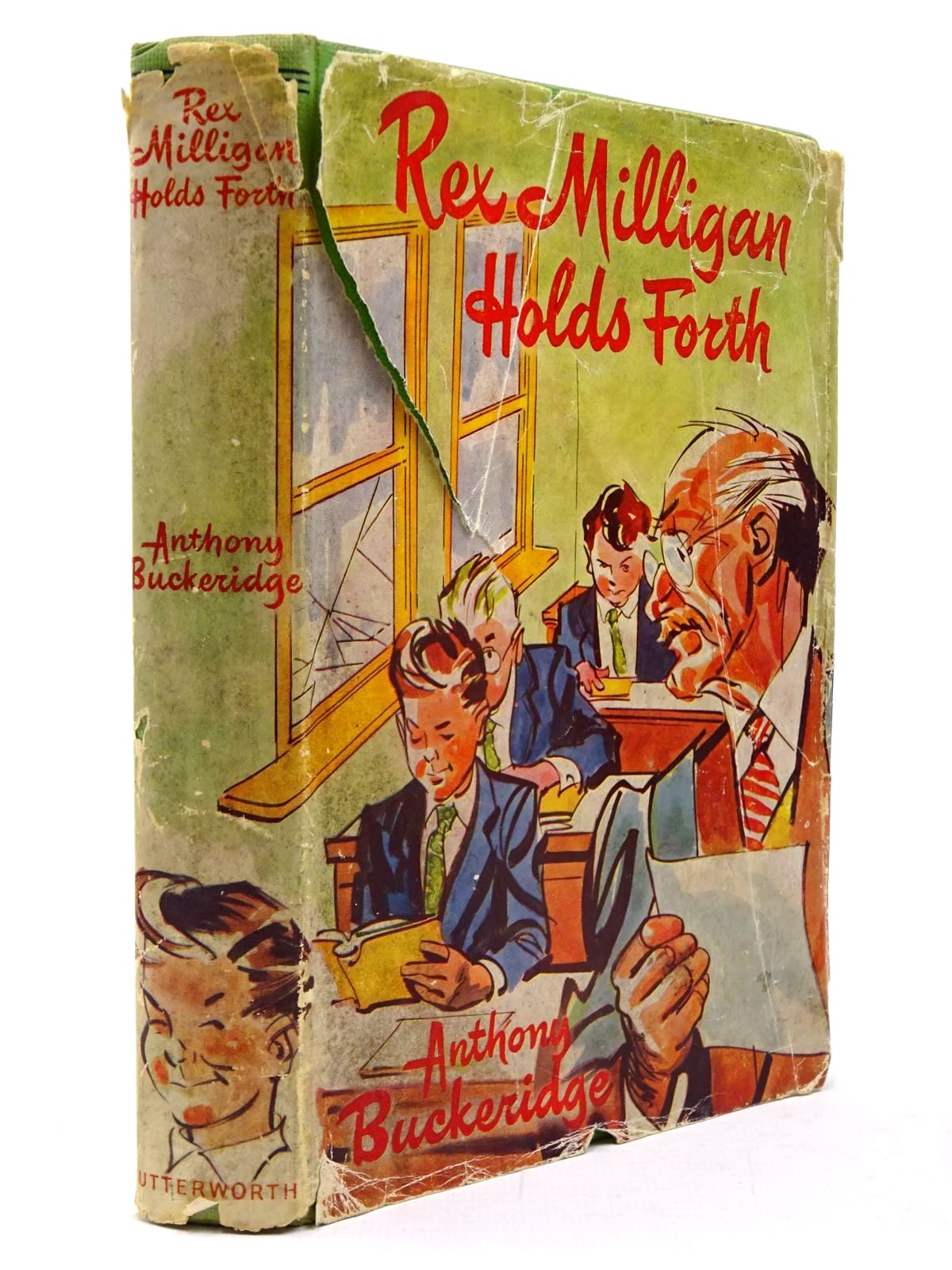 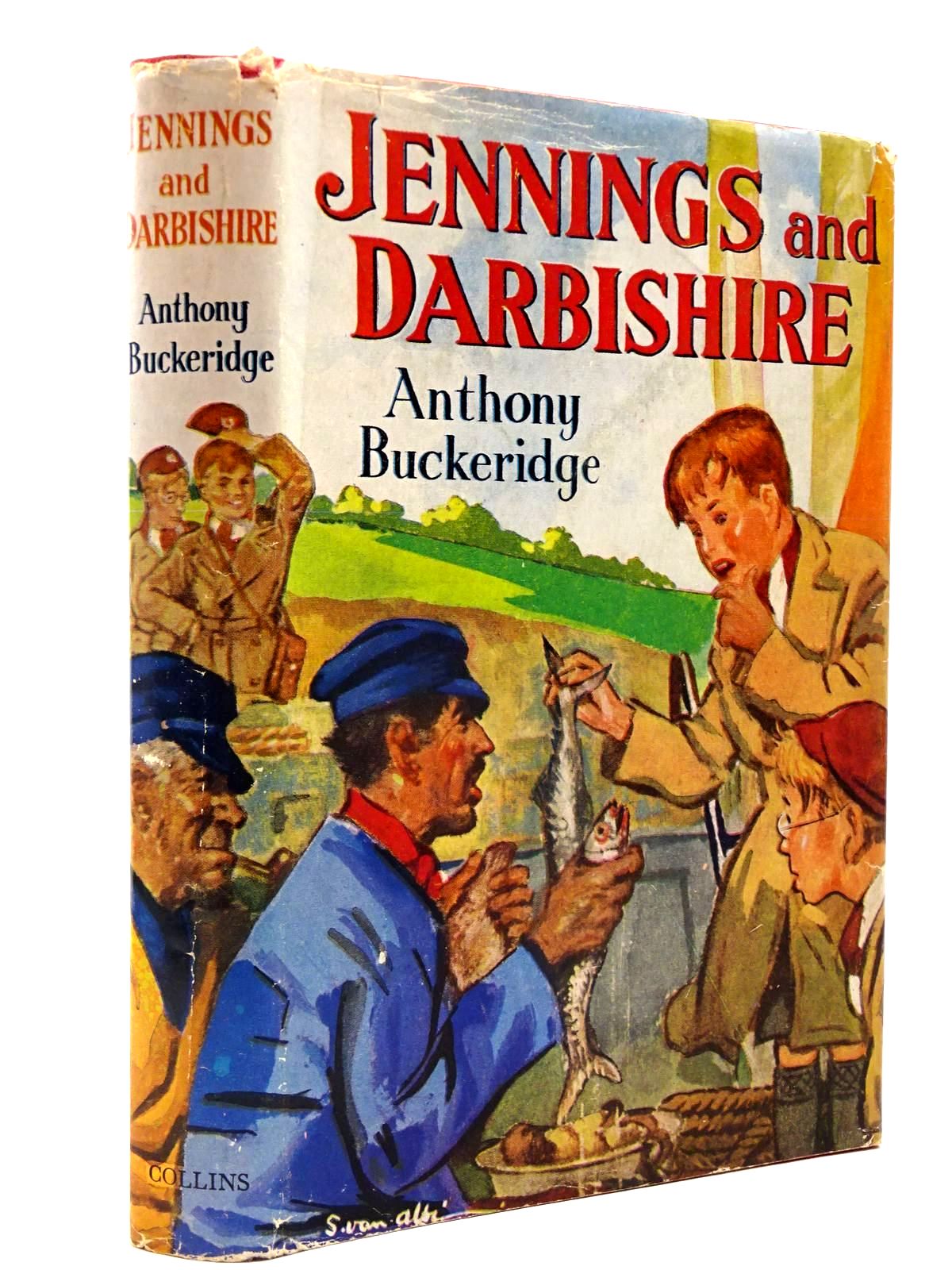 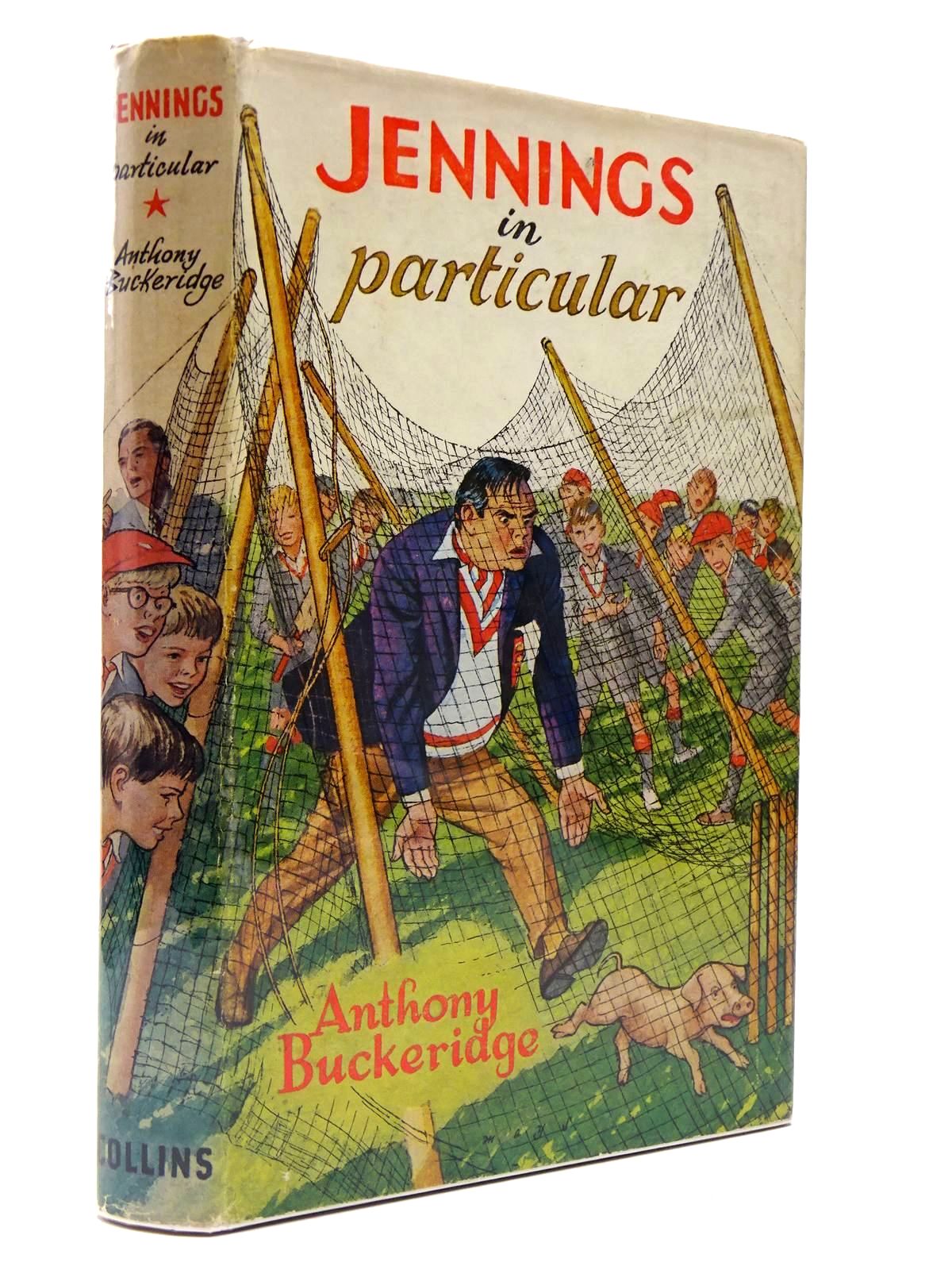 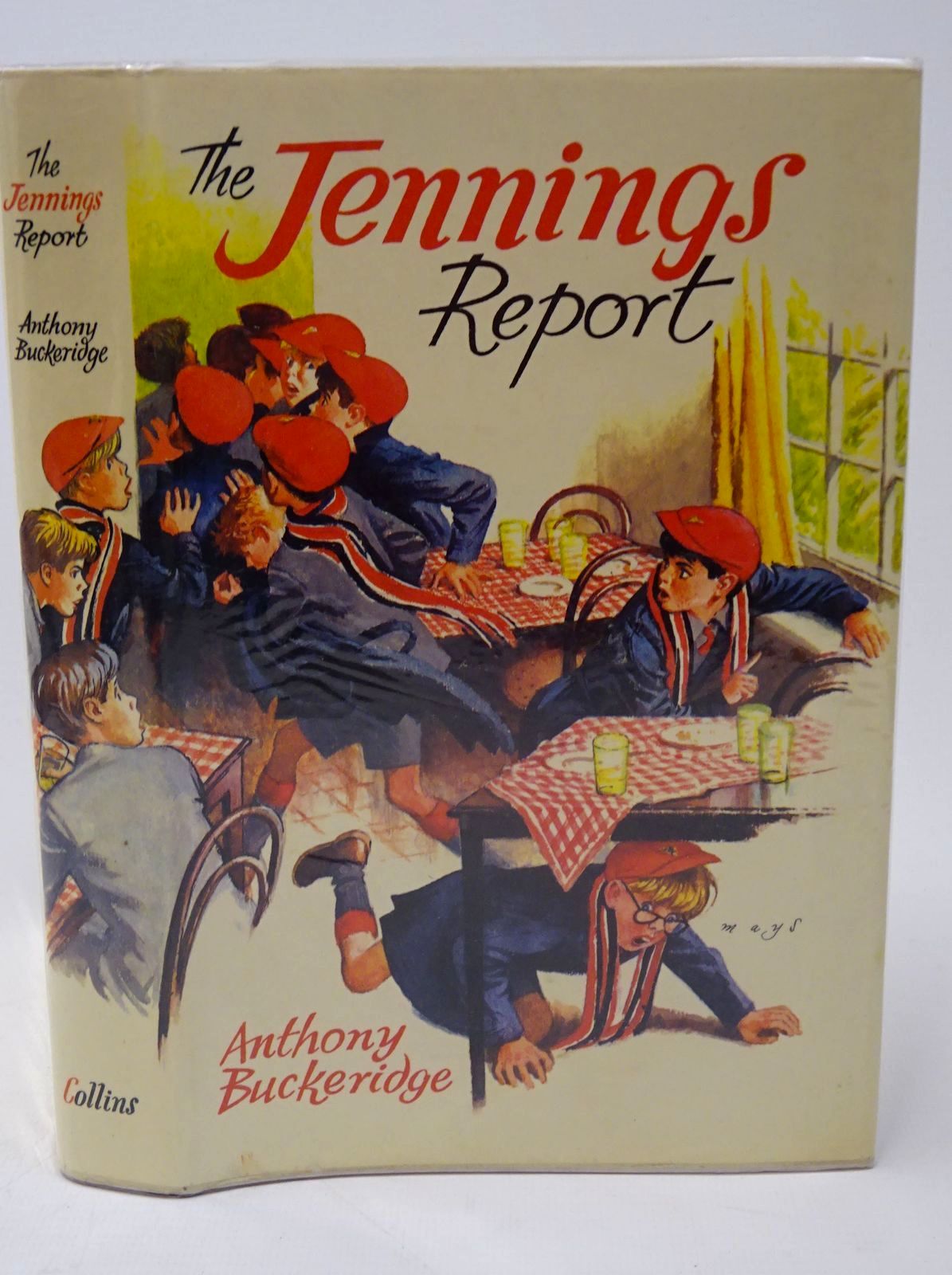 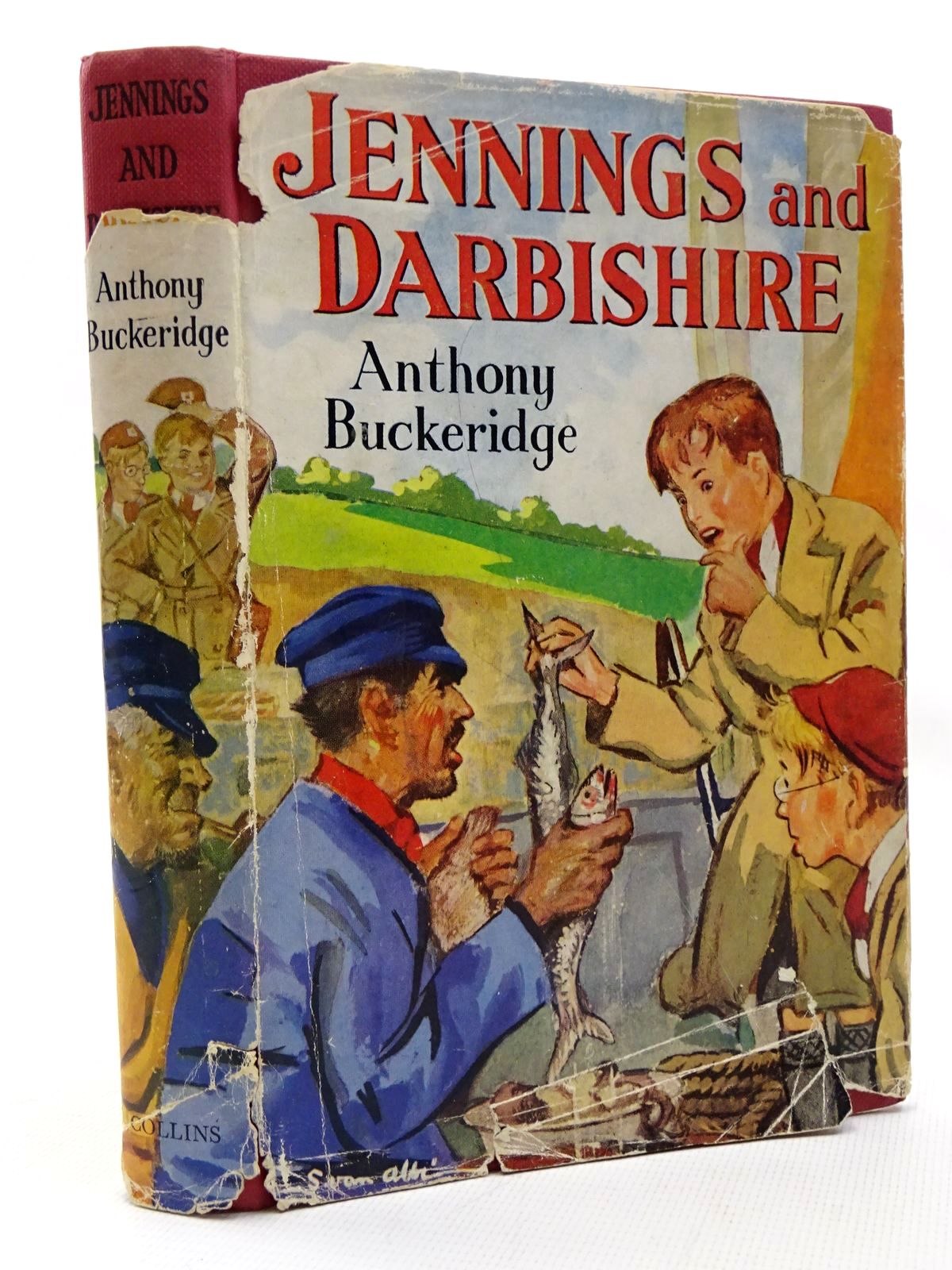 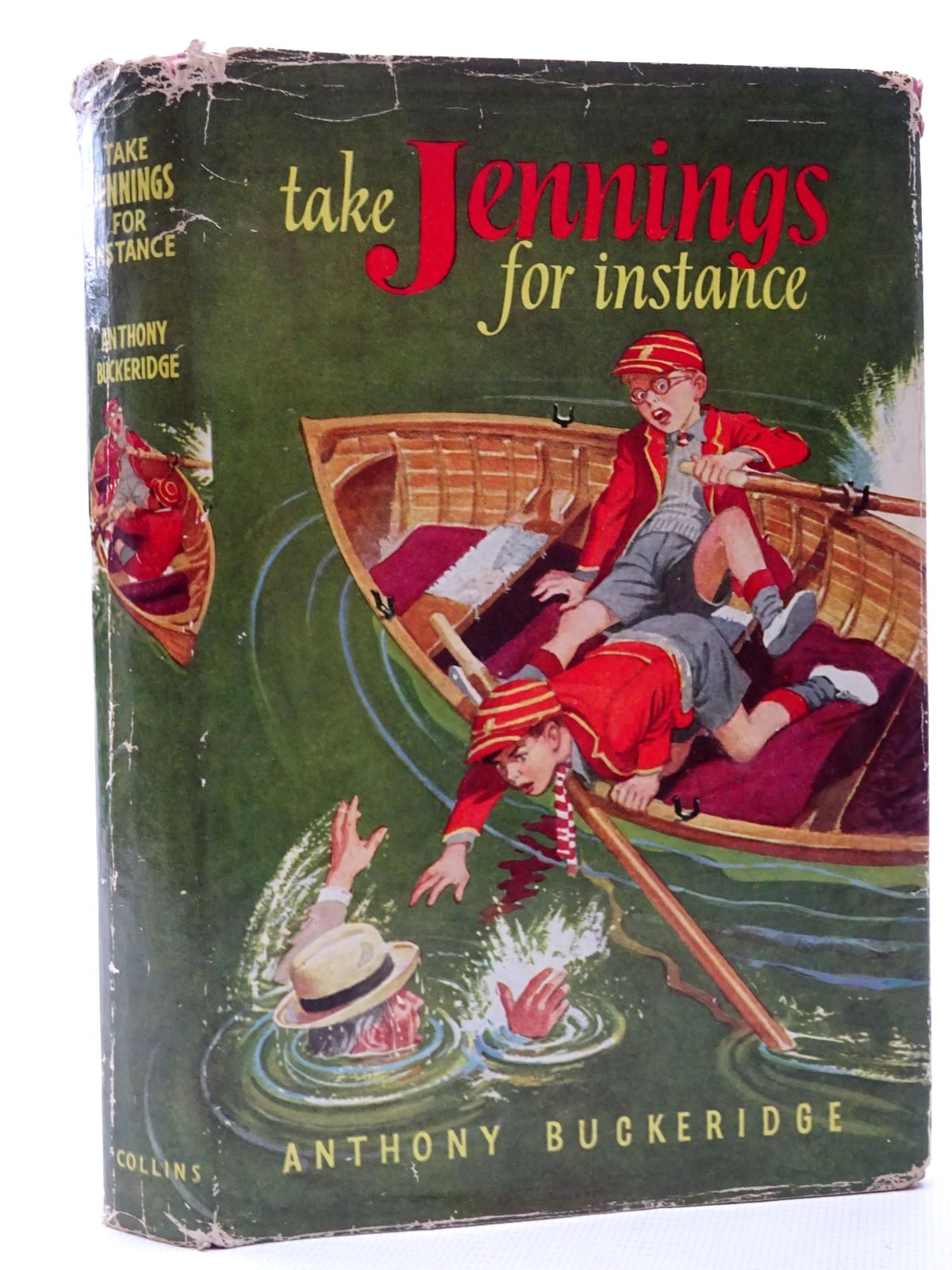 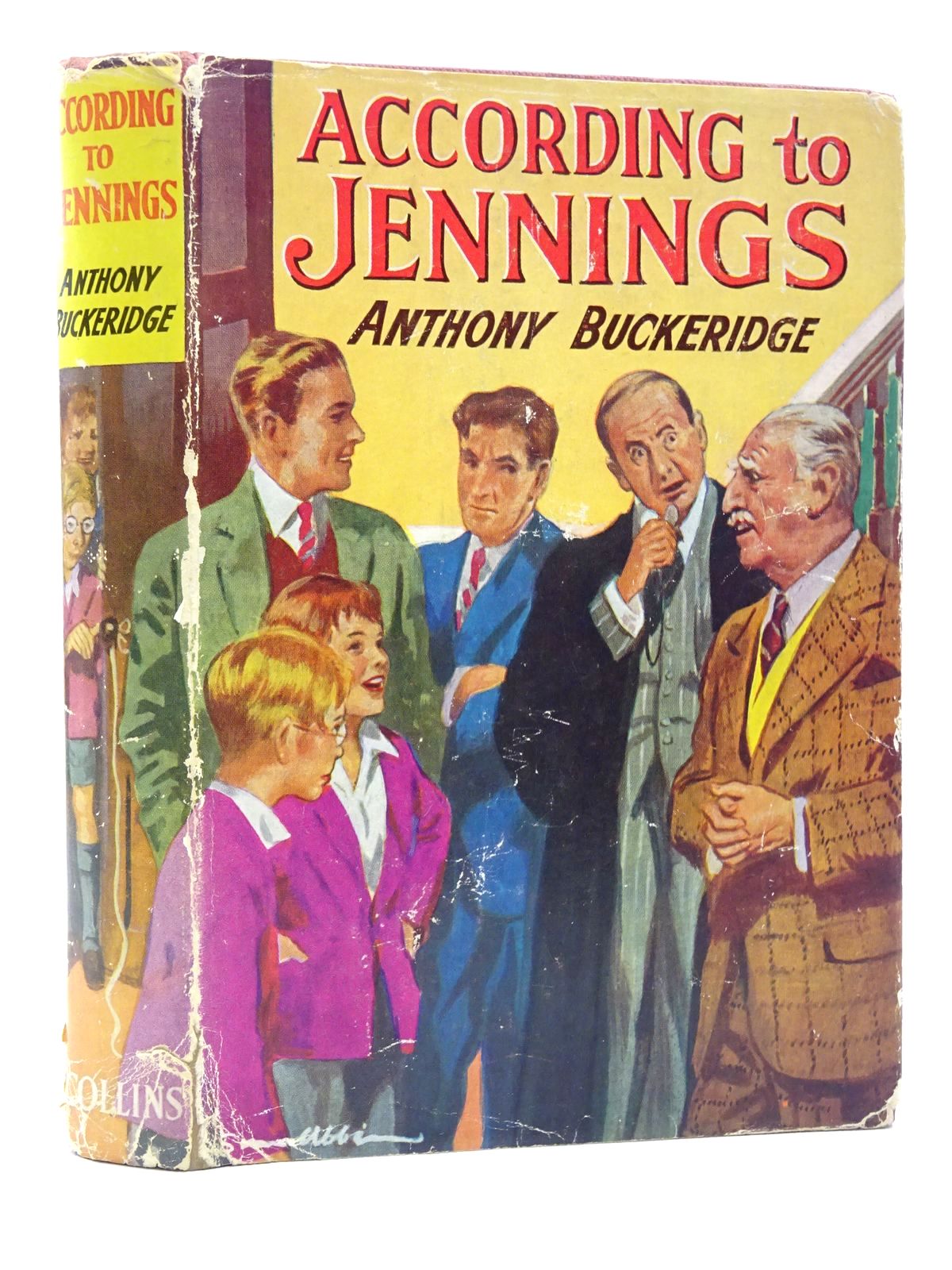 ACCORDING TO JENNINGS
Buckeridge, Anthony. Stock no. 2124351
Published by Collins. 1st 1954. Very good condition in a almost very good dustwrapper.