A Day In Fairy Land

This exquisite book has been a part of my life for as long as I can remember. A treasured possession of my late mother from her own childhood, I remember it so vividly: the sheer overwhelming scale of it when you're three years old, the crackle of the spine, oh! the smell of the paper. For many years I remember it being stored in the bottom of my parents' wardrobe, protected from sunlight and daily knocks. 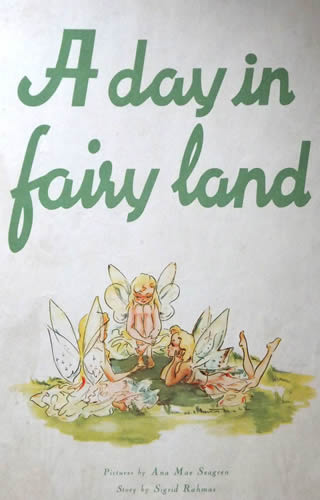 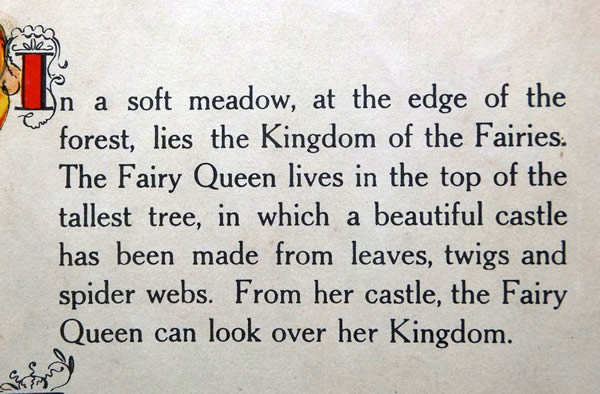 Despite the fact that I had grown up with this book, I knew very little about it apart from the suspicion that it dated from either the late forties or early fifties, and seemed to be quite rare. Certainly, I had never seen another copy until I started work at Stella Books and saw a copy in our Special Book Room. It was then that I discovered that it is quite hard to find original copies that retain their dustjackets, and that the book is much sought by collectors. 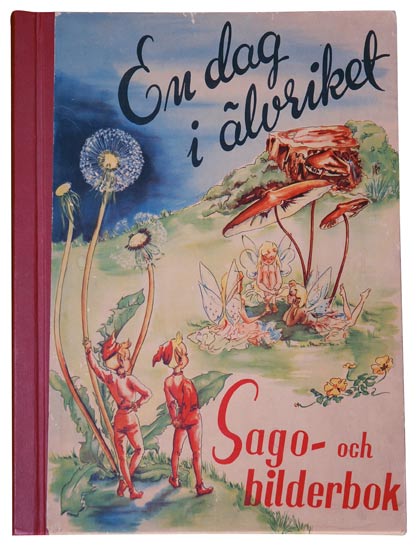 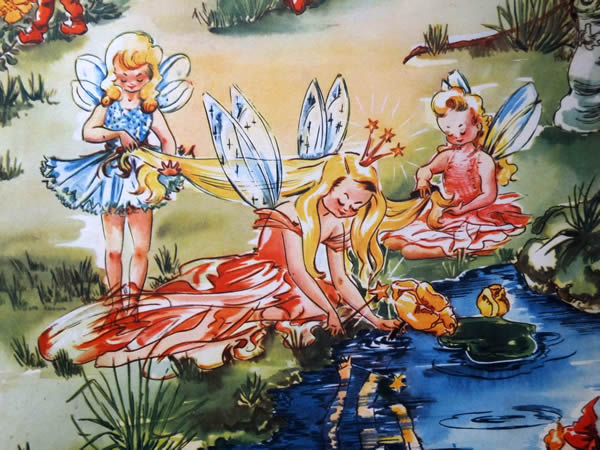 But I still knew so little about this book. When was it published? Had the author written other books? Was the illustrator a well-known, prolific artist (was it just me that was hopelessly ignorant)? It seemed that the time was ripe: a Featured Book article beckoned!

So, where to start?
The book measures in at an impressive 14 x 18 inches with red spine and a sumptuously illustrated paper-covered front board that bears both the title and the legend 'Story and Picture Book'. There is no printing date or location on the title page which merely states 'Pictures by Ana Mae Seagren, Story by Sigrid Rahmas'. Looking to the rear of the book, printed in small blue text at the bottom corner of the rear board we learn that the book was 'Made in Sweden, Helsingborgs Litografiska AB. Helsingborg'. Editions with a blue spine can also be found. 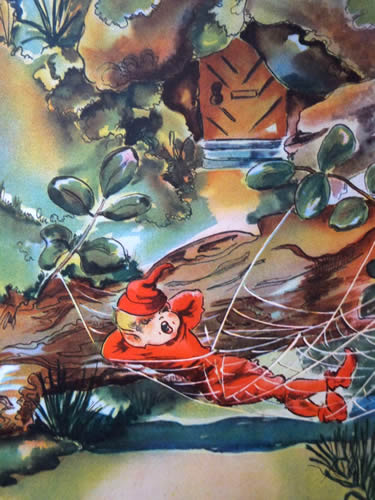 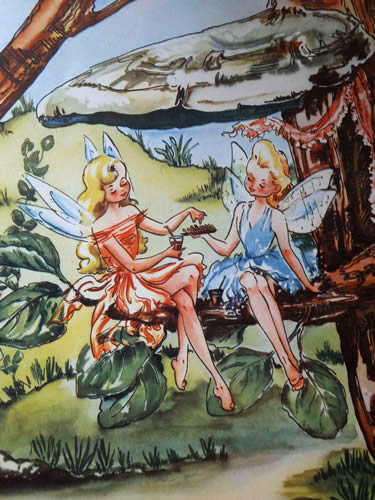 Extending my research to our reference books, and then the internet, a few more details became clear. The Swedish author, Sigrid Rahmas, was a published childrens author whose work included 'Mother Sun and her Planet Children', and this book was originally released under the Swedish title 'En dag i Alvriket'.

And then I discovered that there is quite a story associated with this book...

When English author David Riché was compiling his book 'The Art of Faery', profiling the best fairy artists, he wished to include the illustrator of A Day in Fairy Land. Yet despite an extensive search and 18 months detective work he had been unable to locate Ana Mae Seagren. Then he received an email from Sweden including the dramatic news that the illustrator was still alive and living in Helsingborg. But not under the name Ana Mae Seagren: the artist responsible for the delightful illustrations in this book was in fact Ann Mari Sjögren, who painted fairies for over 60 years! 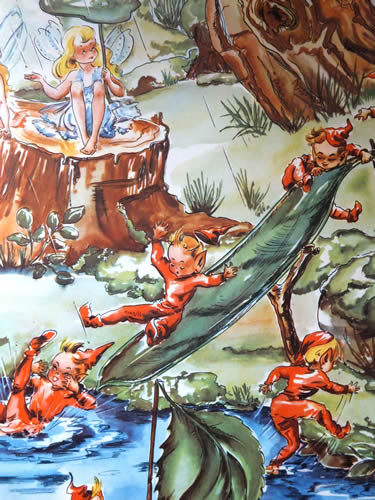 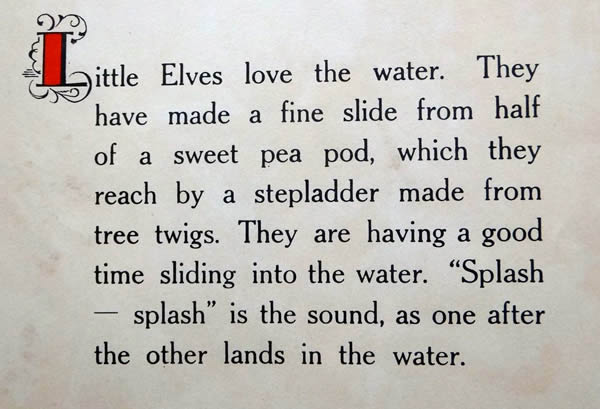 David Riché travelled to Sweden where Ann Mari was able to provide more information about the production of this charming book. This was her first book, produced in 1945, and the illustrations had been initially inspired by the blue striped body of a dragonfly which had landed near her as she was sitting on a rock as a young adult. The book was translated into English three years later, and a number of other language editions were also produced.

Remarkably, the illustrator's own copy had been lost and she had received little news or sight of the book ever since. She appears to have lived a quiet and modest life in Sweden, receiving little in the way of royalties for the book apart from initial payment for the artwork. But the book was certainly an inspiration for many children growing up after the Second World War: a newspaper clipping shows the actress Joan Crawford reading A Day in Fairy Land to her four adopted children, Christina, Christopher, Cynthia and Cathy. 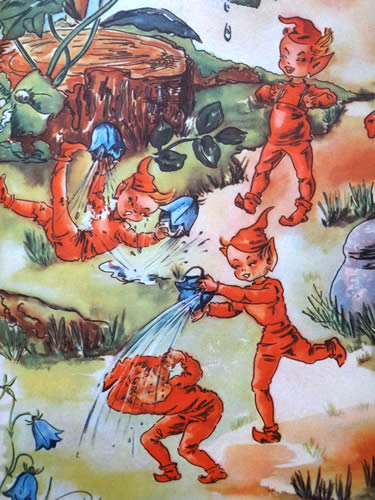 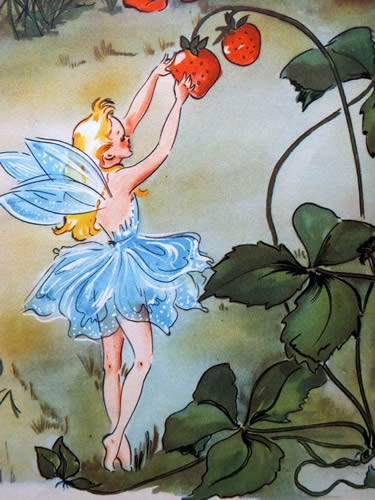 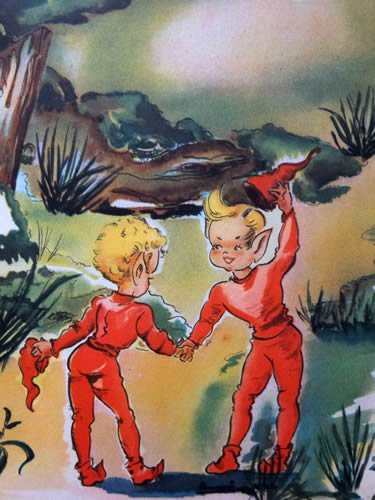 You can read more about this amazing story at http://www.fairypaintings.com and the book itself is also the subject of one of our occasional Video Slideshows:- 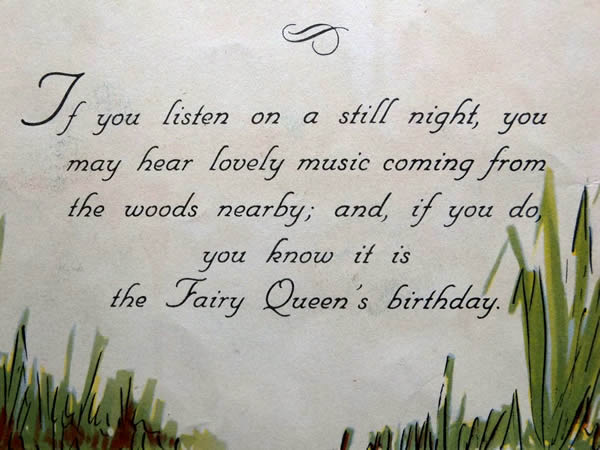 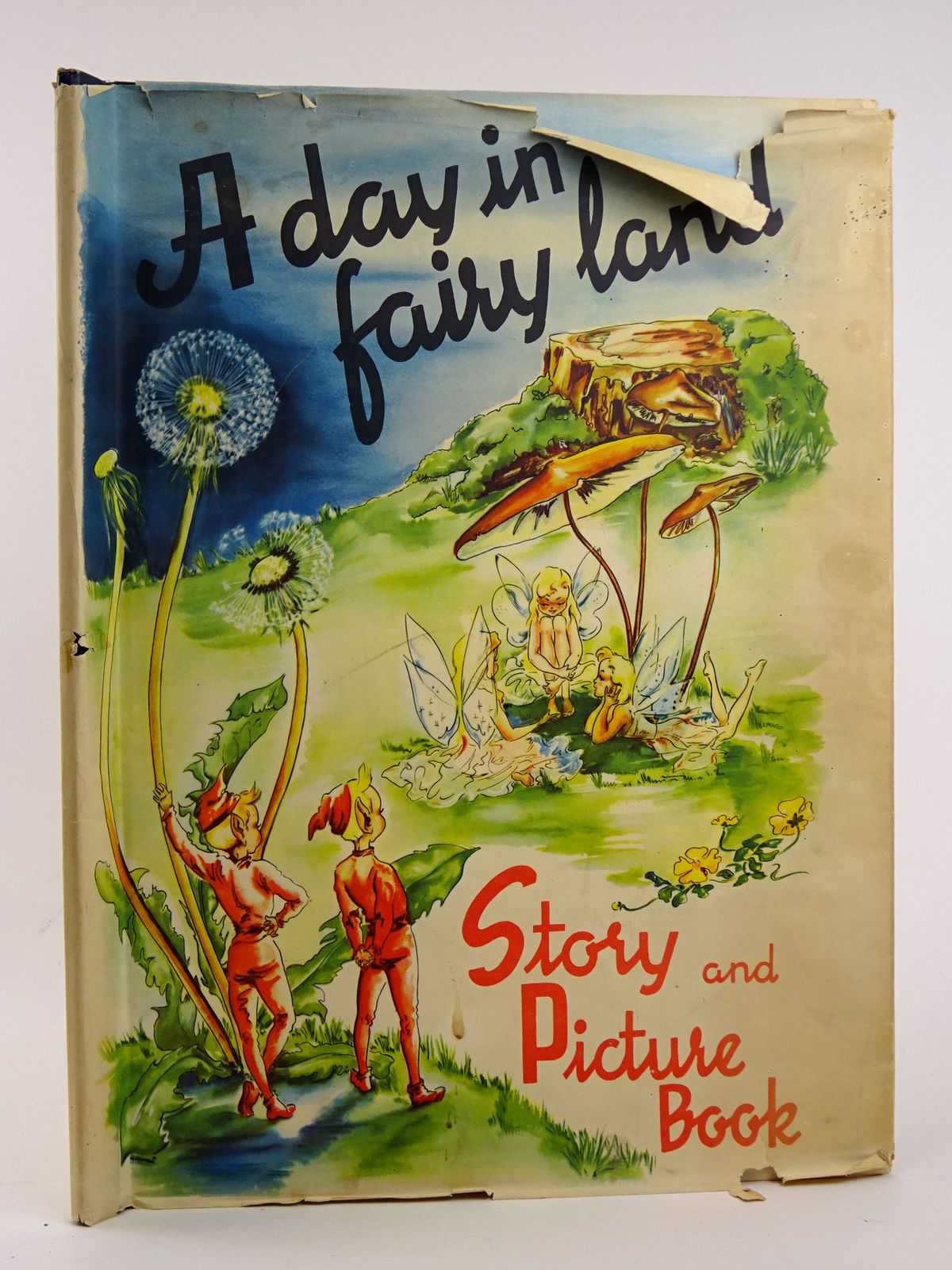 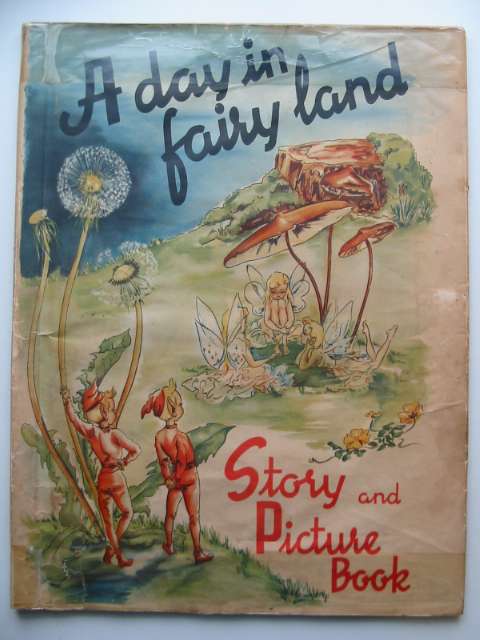 A DAY IN FAIRY LAND
Rahmas, Sigrid. Illustrated by Seagren, Ana Mai. Stock no. 1601363
Published by Helsingborgs Litografiska. Circa 1945. Very good condition in a good dustwrapper.