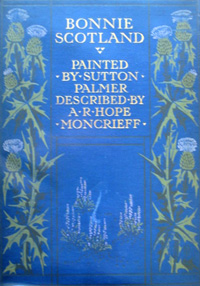 The answer is that they are among the ninety-two 20/- (20 shillings) series of Colour Books published by A. & C. Black between 1901 and 1921. The Edwardian period was, perhaps, the peak time for book illustrations as, although photography was well established, the black and white images could not match the brilliance of Arthur Rackham and Edmund Dulac and their contemporaries for colour illustrations. The A. & C. Black's 20/- series used water-colour artists and was the first to use the new "three colour" process for colour plates. The books were lavish in their use of colour illustrations with most volumes having 70 or more colour plates.

In the 20/- series the three elements of a book - the text; the illustrations and the cover - come together beautifully. The text was not closely associated with the illustrations, authors were not expected to describe the illustrations and were specifically required to produce "bright readable descriptions not overloaded with statistics". In the same way the publishers required of their artists "bright colouring". For many of the books the authors and artists seem to have not even been in contact! 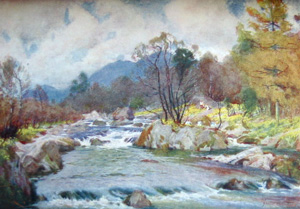 The cover designs also mark out the 20/- series as special and were mostly the work of A.A. Turbayne and his colleagues at Carlton Studio. Many of the covers show the scarab motif of Turbayne (for example Kent ) or the CS monogram of Carlton studios.

Below: Cover design from Burma 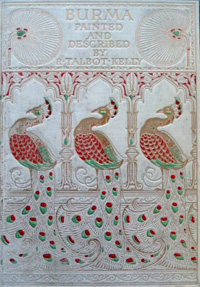 Although the artists may not have been quite in the same league as Rackham, the likes of Sutton Palmer (Bonnie Scotland ), A. Heaton Cooper (The English Lakes ) and Helen Allingham (Happy England ) were outstanding artists of their time. Among the authors we would now look back at Edward Thomas (Oxford ) and Hilaire Belloc (Sussex ) as pre-eminent although Belloc did not want his name on Sussex .
Think now of the pricing. 20/- in the early nineteen hundreds was more than the average weekly wage. It was a bold decision in 1901 to launch a book which was expensive to produce and highly priced and the early reviews were not all favourable. The early "three colour" process attracted particular criticism for its "washed out" look. This was indeed a fair point as, although the process did improve over the next 10 years, initially the three colour process lacked black to give depth. However, the decision in 1901 was more than vindicated and in 1905 fifteen new titles were published. 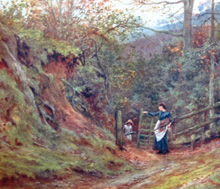 In addition to the 20/- standard edition most of the books published up to about 1906 were also produced in De-Luxe Limited editions (typically priced at two guineas) and a very few "super De-Luxe" editions with original watercolours (originally priced at five guineas). Collectable examples include Burma published on November 10 th 1905 in an edition of 300 in white vellum cloth, The Armies of Indiapublished on October 25 th 1911 in an edition of 500, again white vellum cloth, and Birket Foster published on December 6 th 1906 in an edition of 500. There were a few limited editions produced right up 1916 with Royal Palaces and Gardens but these were not popular with the public. 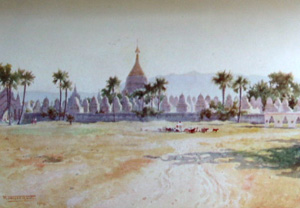 Dust wrappers appeared from about 1905 and some published before this date had wrappers produced for them. They were not, in general, attractive and were meant to do exactly what dustwrappers are supposed to do - protect the book. But when there are superb covers such as those of the 20/- series who would want to conceal them? For the collector the presence of a dust wrapper does not command much of a premium, unlike the modern first edition market where the presence or lack of a dust wrapper can make a difference in price of hundreds of pounds. 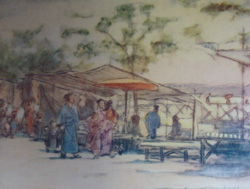 The standard print run for the 20/- series was 3000 and yet, despite this, some titles with the same print run are much harder to find today,Hungary being a good example. The rarity of The Lake of Genevamay be explained by its smaller than normal print run (1000), similarly Algeria and Tunis (2000).

For collectors an attraction of collecting the 20/- series is that along with the expensive rarities and De-Luxe editions many of the series are still readily affordable. Belgium , for example, originally issued in a run of 1000 copies, had several large reprint runs and Japan although one of the first to be produced also had many reprints. The attractive covers complement the water colours and with their decorative spines the books look very handsome on a shelf.

The definitive reference book for all Colour book collectors has to be The A & C Black Colour Books by Colin Inman. At the time of writing, we have a nice copy in stock, priced at 35.00 pounds. 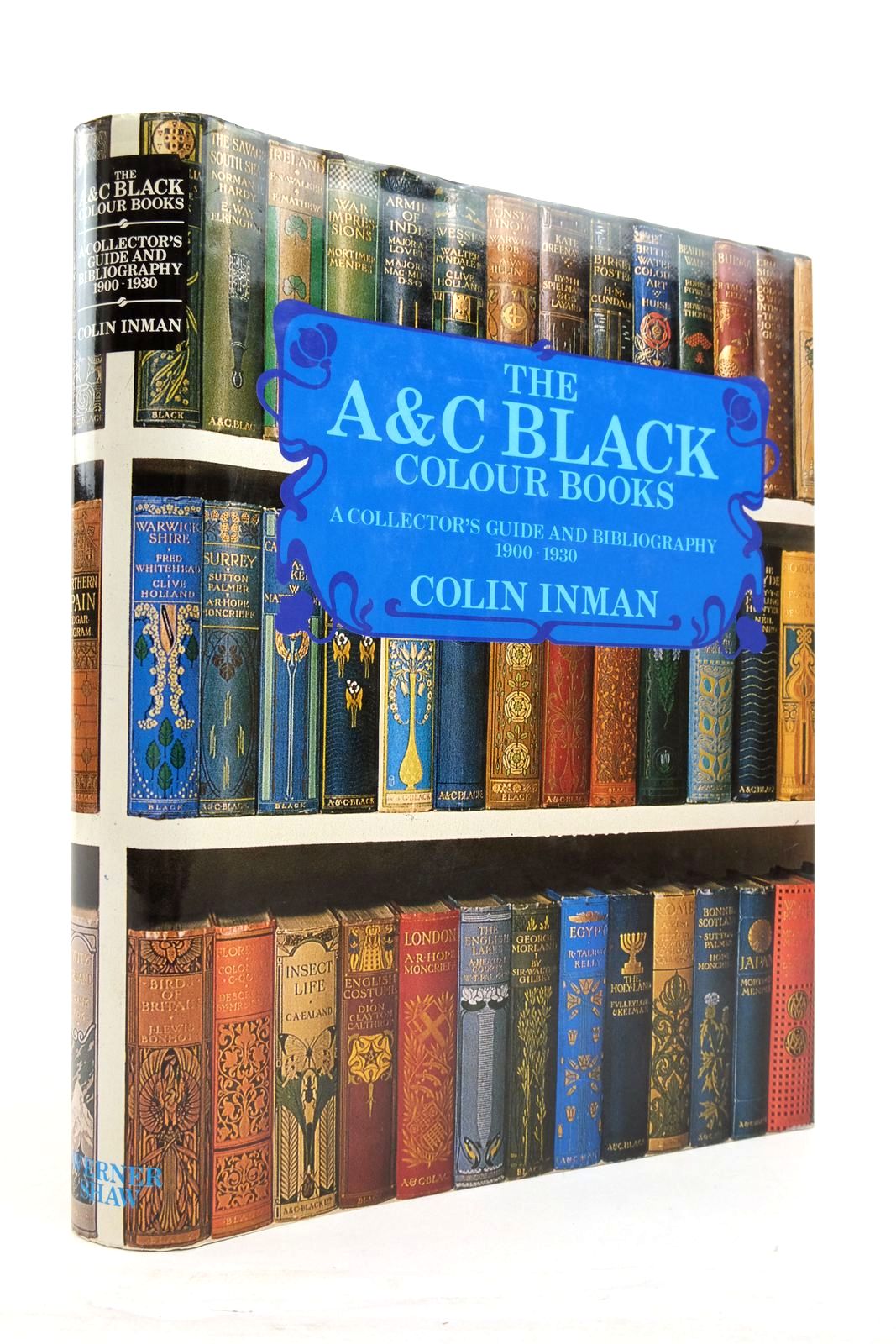 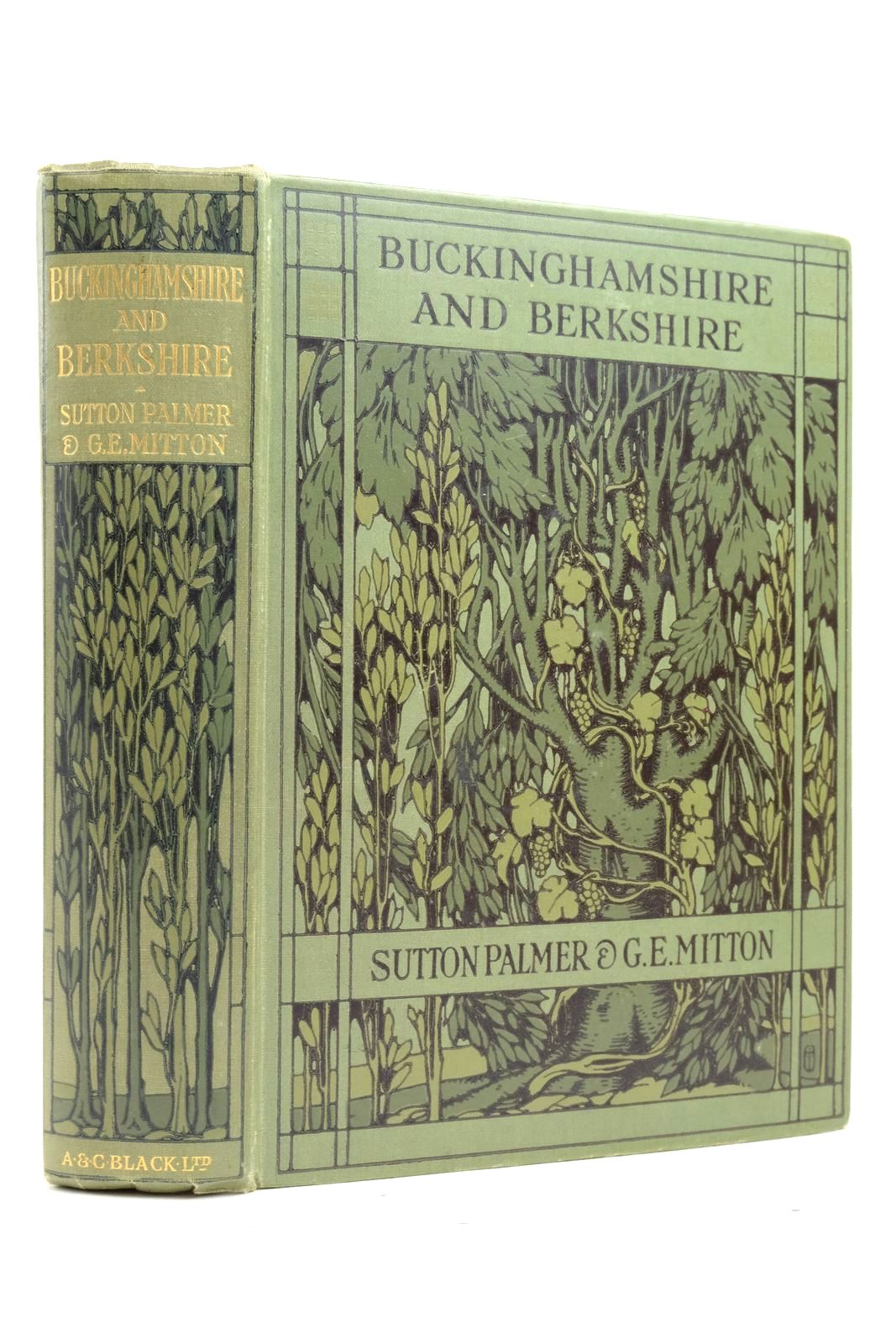 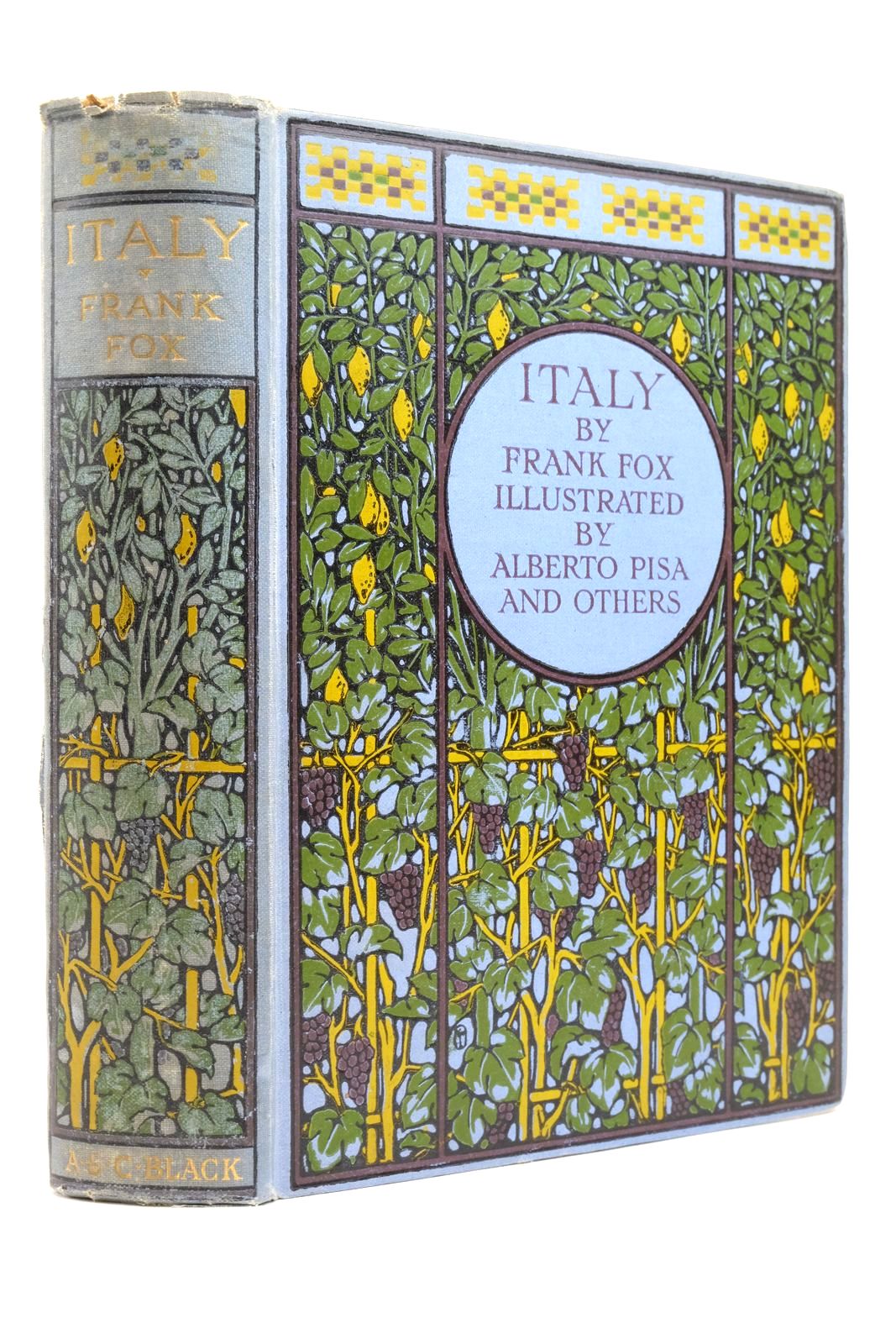 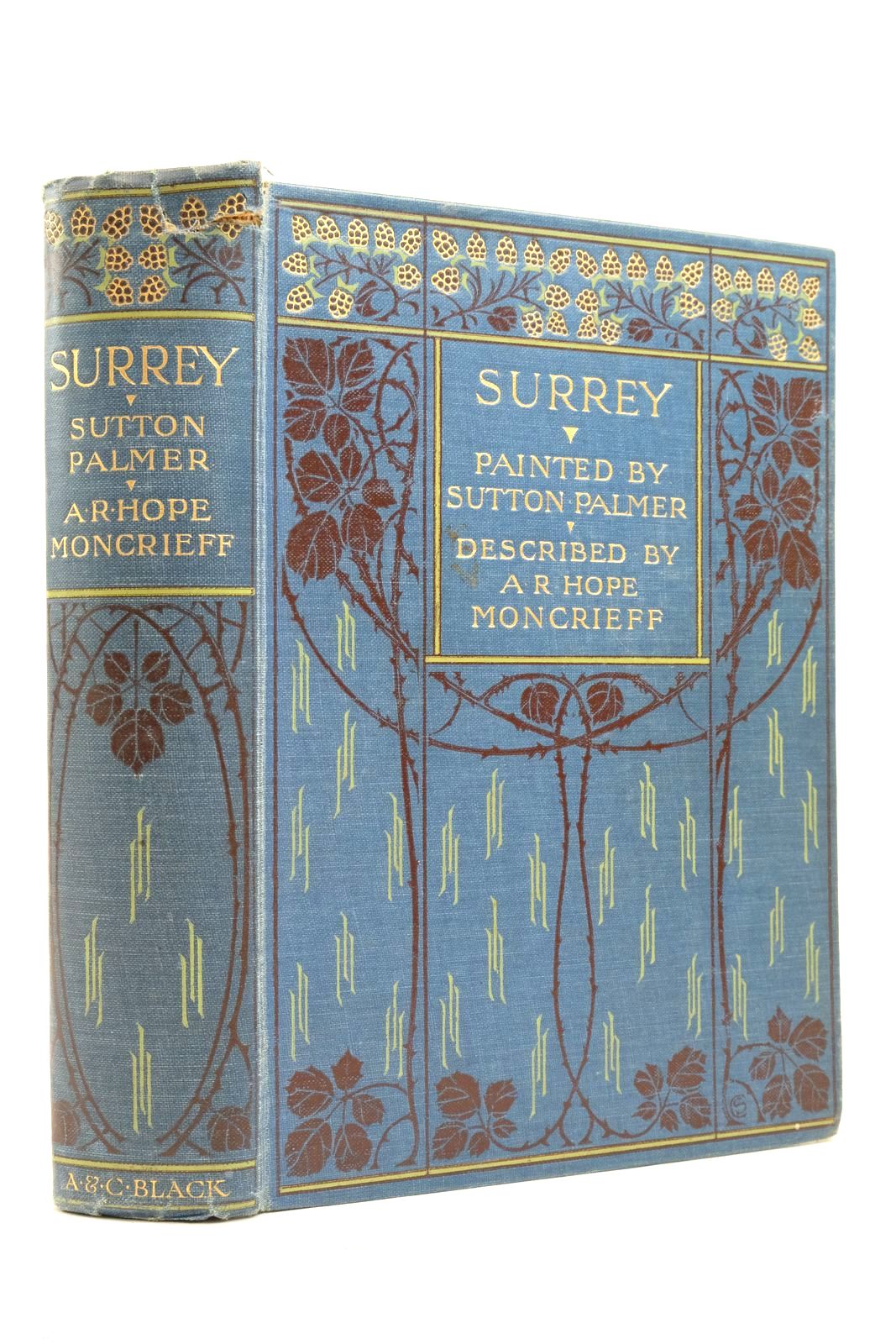 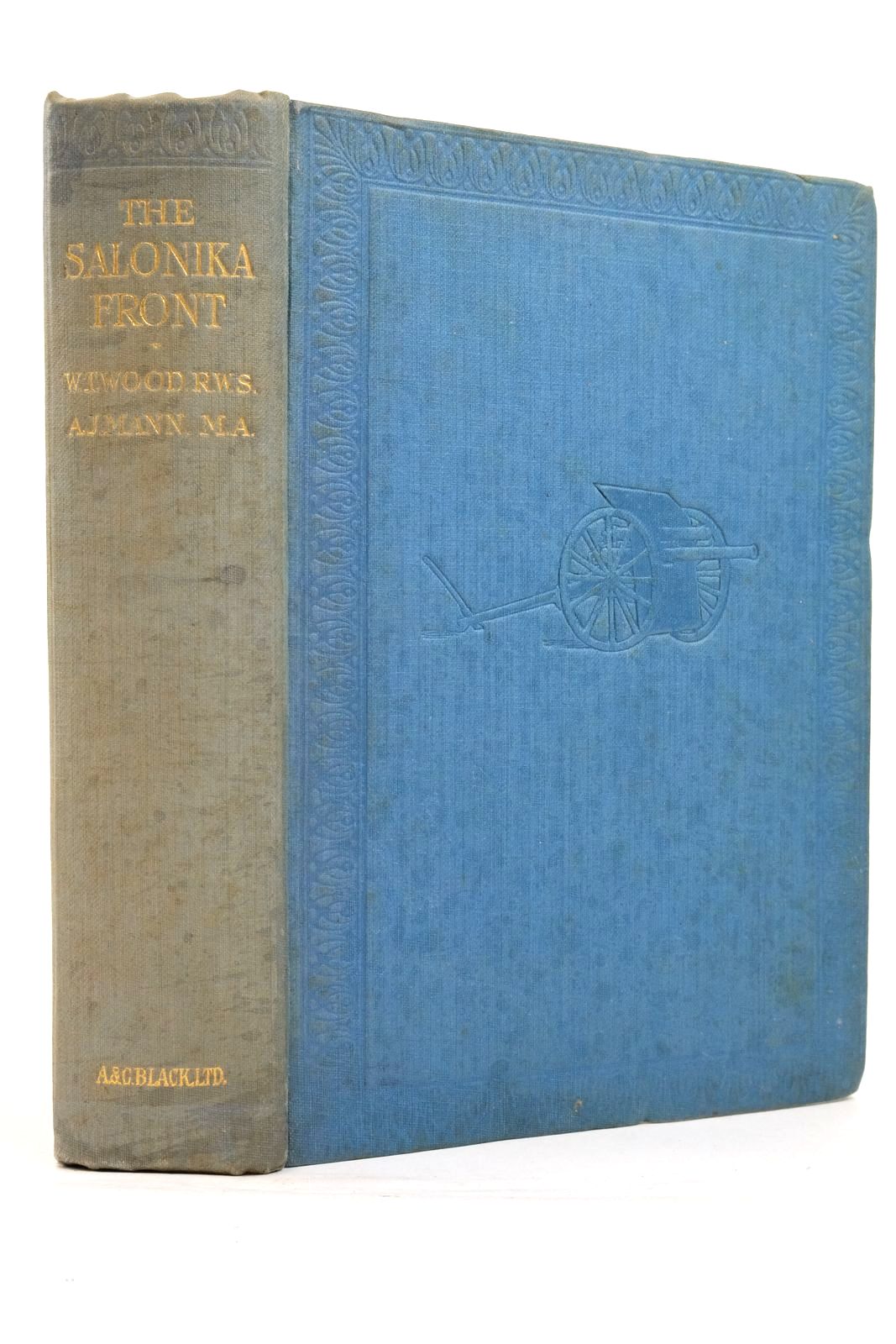 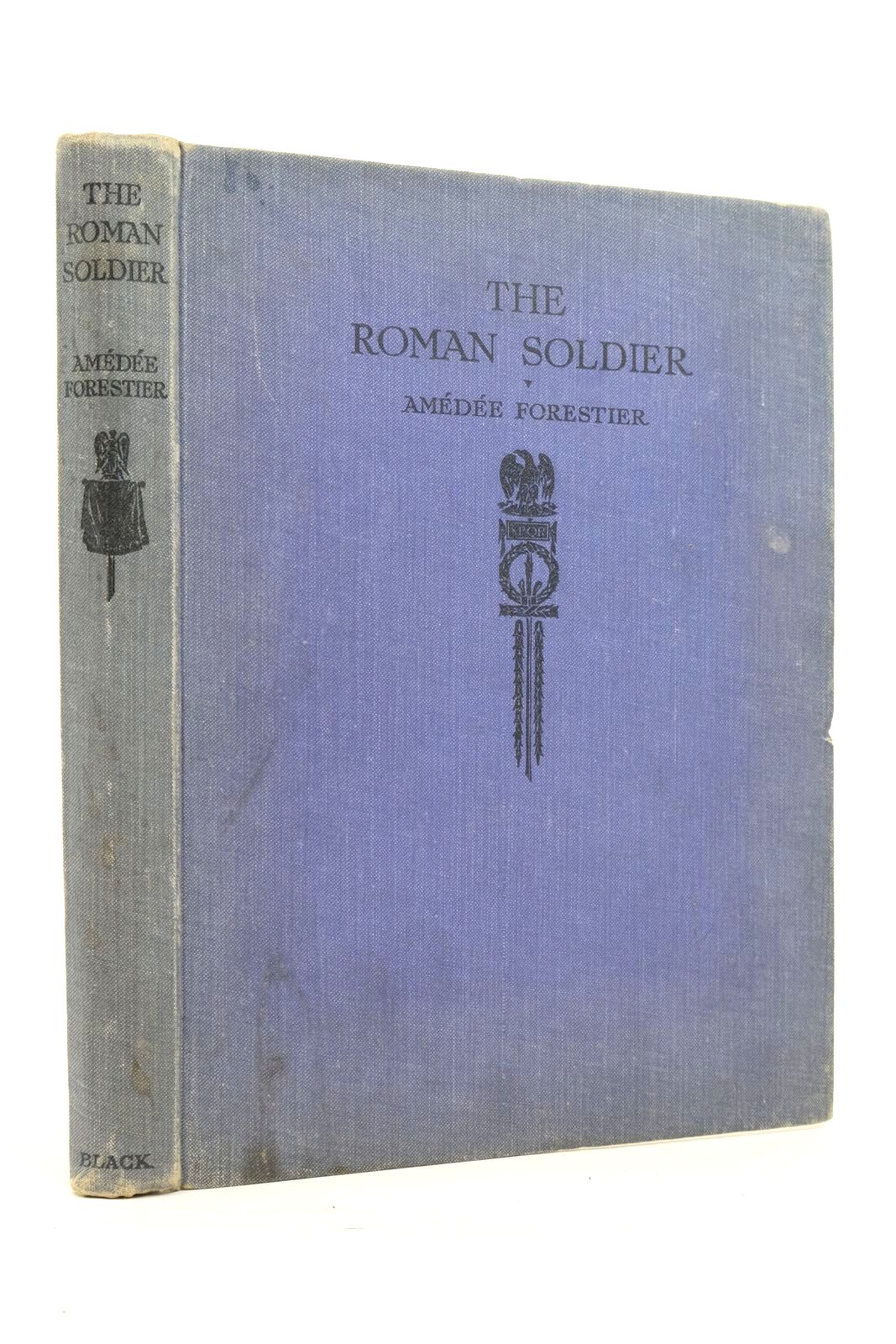 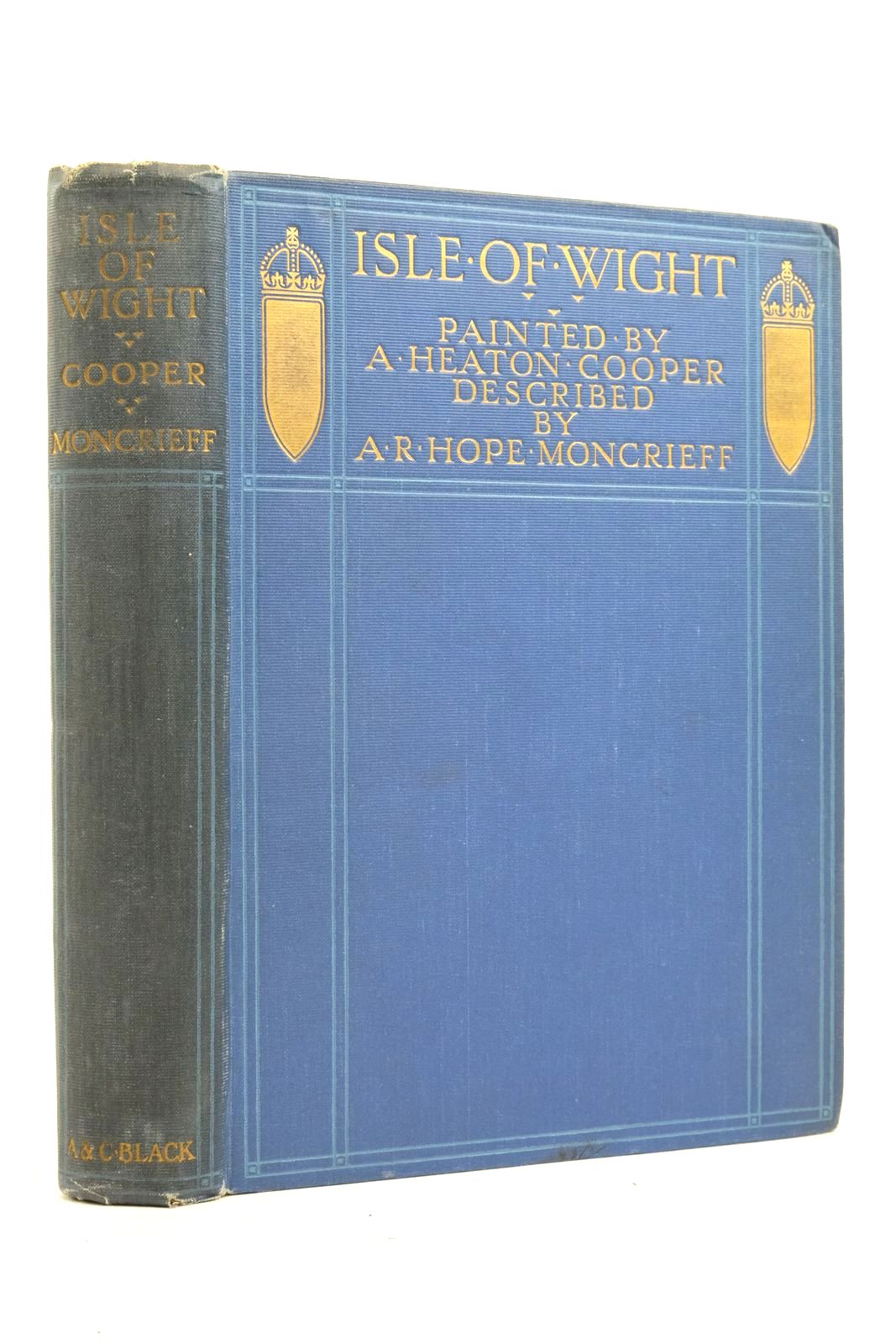 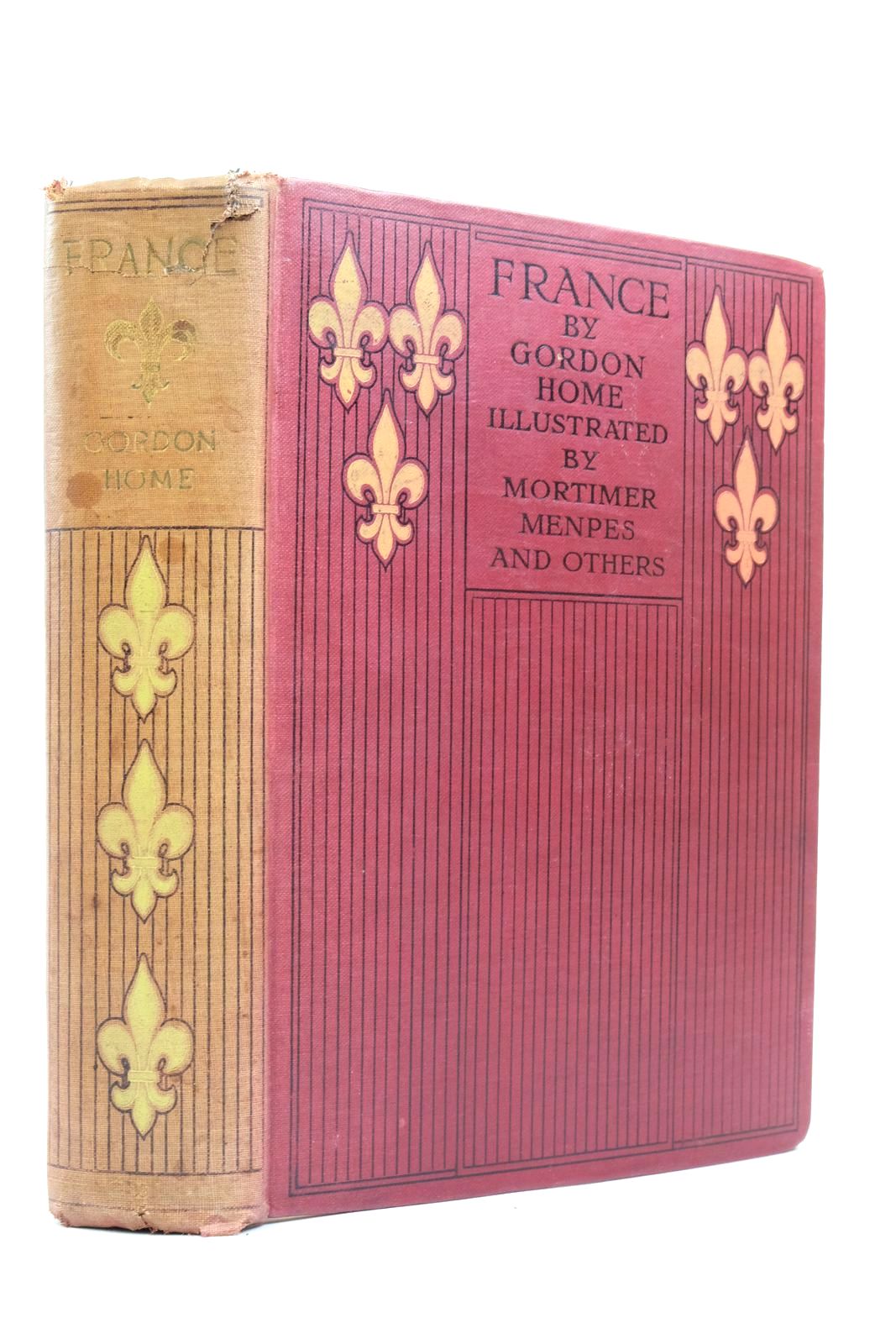 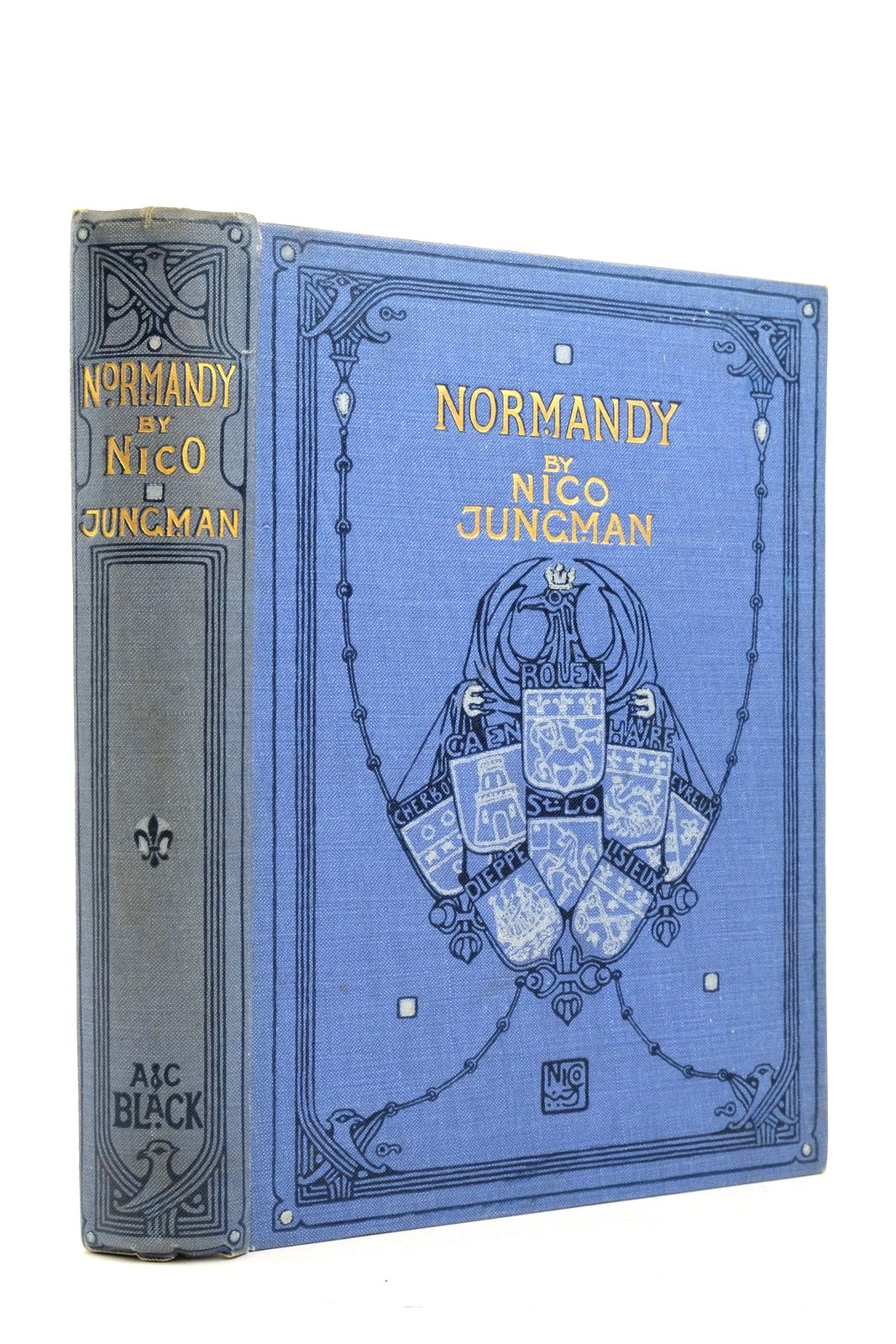 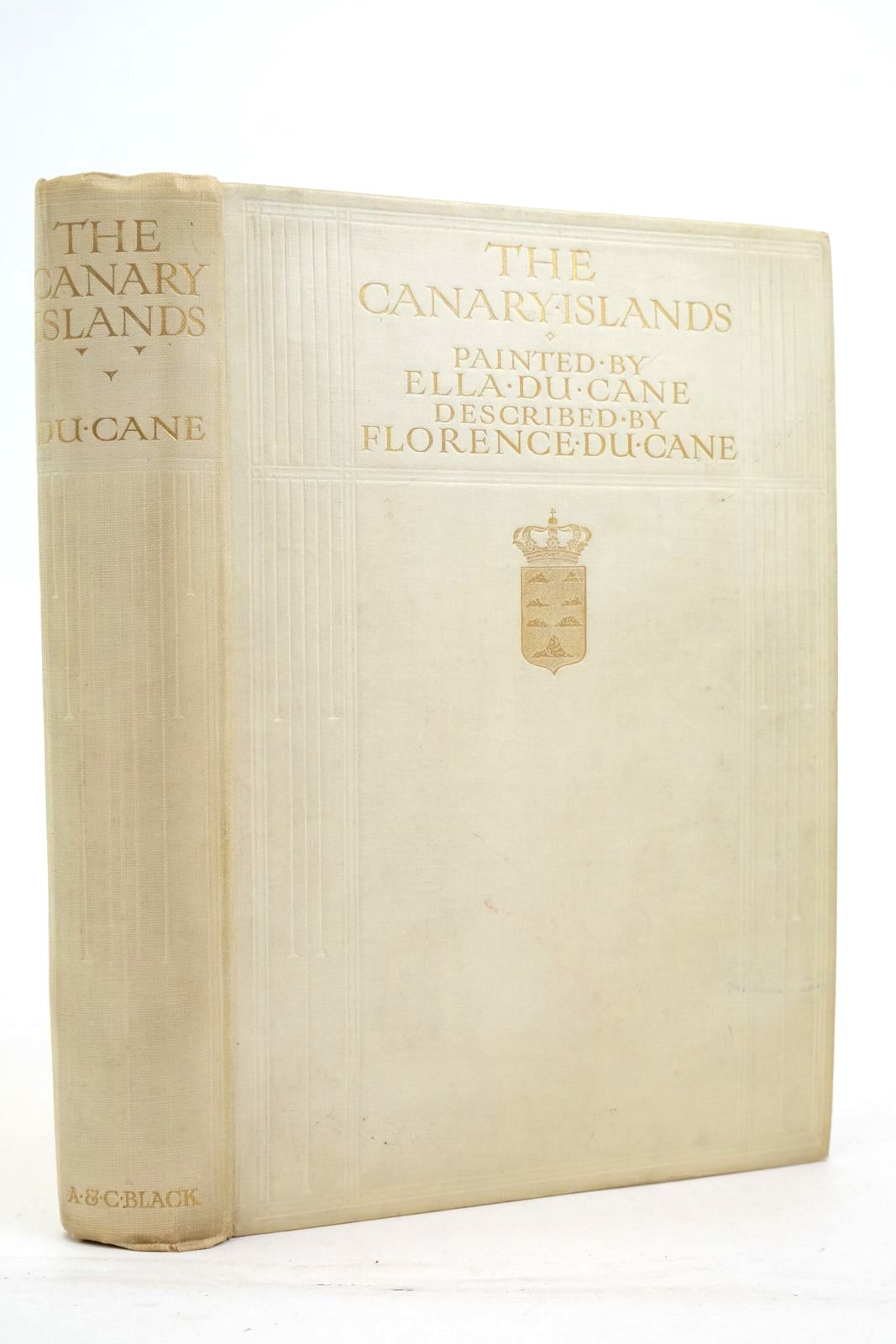 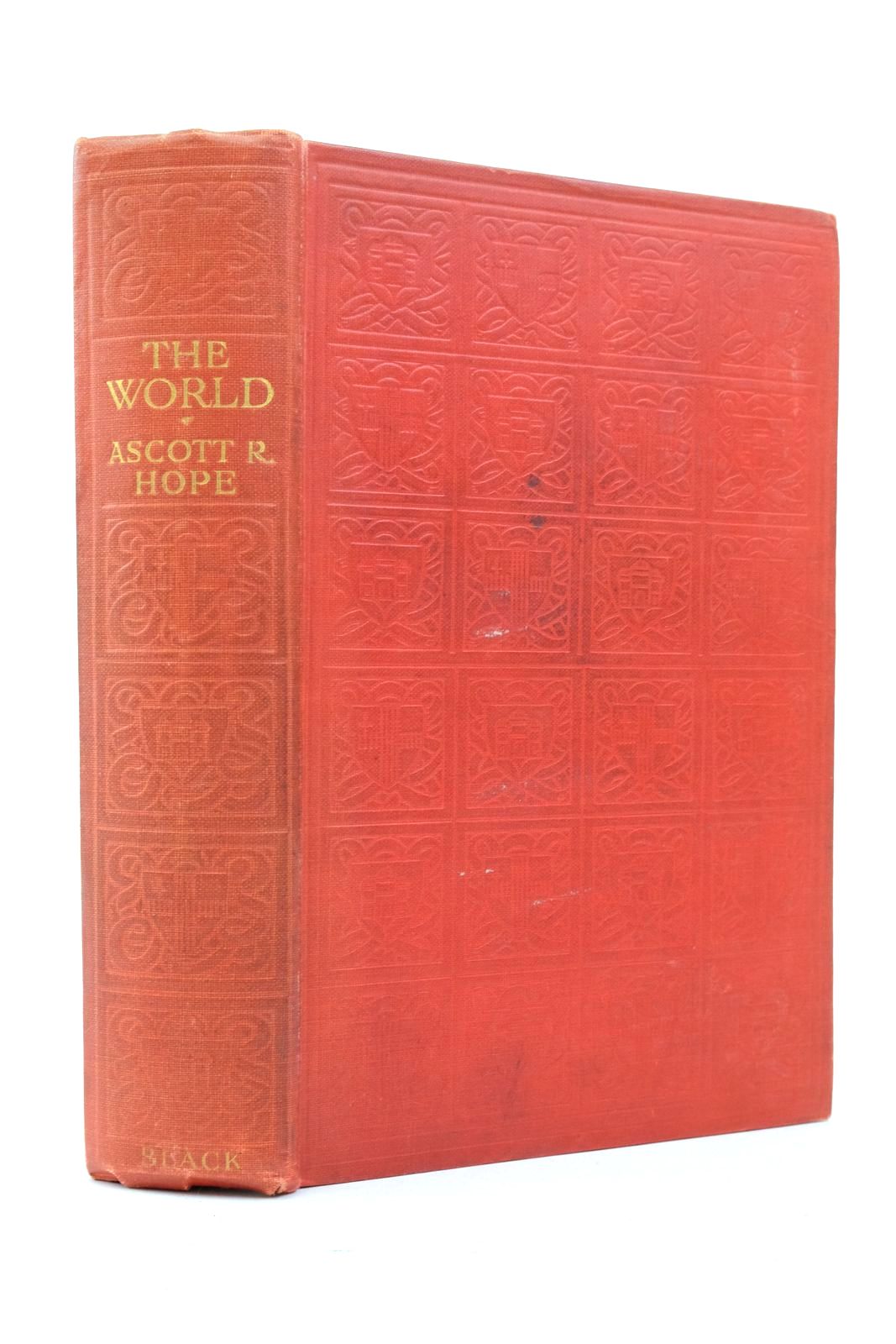 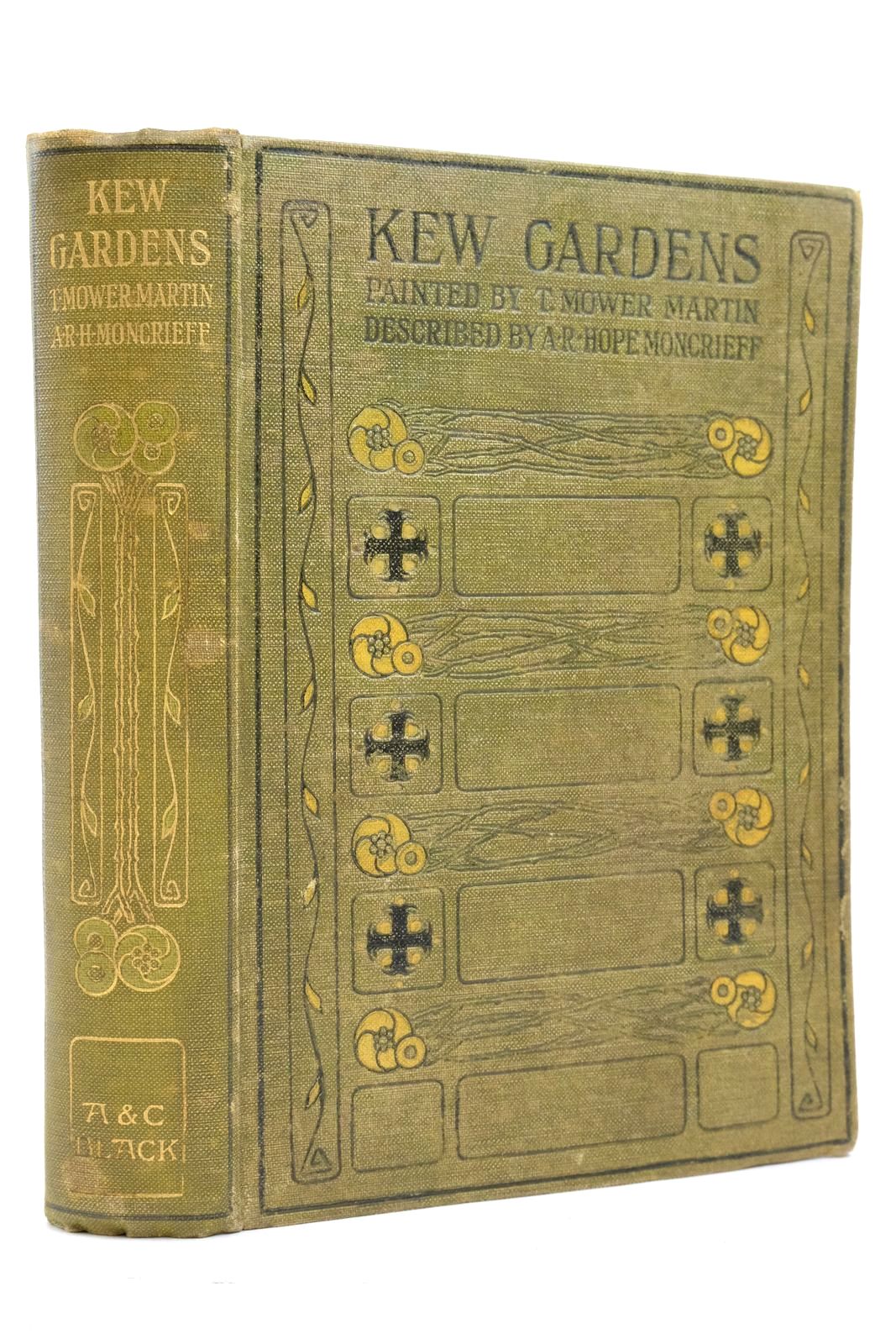