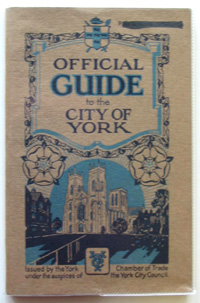 Whether we travel to Seattle or Salzburg, Prestatyn or Perth we expect to be guided. Today it may be by the technology in our pocket, to which the location of the best Bombay restaurant in Birmingham will be beamed. Generally we have our Guide Book - but why? 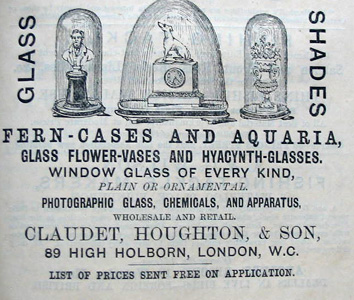 Certainly there is merit in knowing where the nearest Public Convenience is situated (especially after the Best Bombay!), but do we really need the views of the Local Council publicity department as to the grand attractions of their locale with not a blemish throughout the town? Can we even define what a Guide Book is?

Well, it probably has a map, a potted history to go with the adverts for the potted shrimp, (the latter because it must have adverts for local commerce) and a list of "What to do" - though in seaside towns after August in Britain that list might be quite short!

Right: advertisement for fern cases from Black's Guide to Wales 1868

So when did Guide Books begin? There were Pilgrims' guides to the Pilgrimage routes in Medieval times but, for our purposes, we're going to consider their birth and flourishing as during the late eighteenth and early nineteenth century. In the early part of this period Guide Books were clearly intended for the upper middle class and gentry - remember there was little holiday for workers. Sunday was the only day of rest and for many there was obligatory church attendance and it wasn't until 1886 that working hours for shop assistants were restricted to a maximum of 74 hours per week! 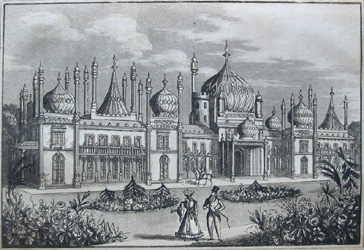 Left: The pavilion at Brighton from Bruce's History of Brighton

But looking back at Guide Books we see they provide great social history and in some cases a more honest view of the town they describe:

"These streets are narrow and ill-formed and contain but few good houses" - Builth Wells - Black's guide to Wales 1868.

It's highly unlikely that any modern guide would be quite so open!

Some things are unchanged in two hundred years:

"Shopping, especially for articles of foreign elegance, is a very usual amusement among the ladies; they will not only find various things they really want but very many others they may fancy they do" slightly abridged from The Scarborough Guide 1796. 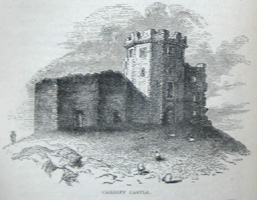 "Bathing Machines - Stands for Ladies' machines" gives the locations on the beaches for these. Bruce's History of Brighton and Stranger's Guide 1828.

What would the readers of that guide from 200 years ago make of the Naturist Beach at today's Brighton !

"The eye water obtained its name and was brought into notice by a blacksmith who was accidentally cured of an opthalmia by washing his eyes with the water. The eye water differs considerable [sic] from the others in containing sulphuric acid " The Llandrindod Guide 1820

Pouring sulphuric acid in the eye - that well known cure for eye problems!!

"When taken to the extent of from three to eight, or ten half pints, the water occasions several evacuations" The Llandrindod Guide 1820

The guide is extensive in its descriptions of the multitude of uses and benefits of the Spa water but no mention of how early nineteenth century sanitation dealt with the results!! 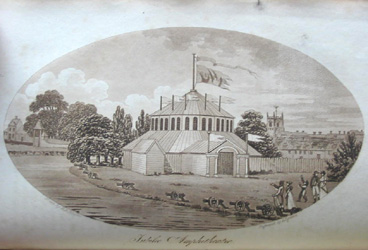 And whilst on the subject of drinking:

The Official Guide to York of 1926 contains adverts for four Temperance hotels.

Compare this to a modern newspaper article regarding York :

"Late-night violence and antisocial behaviour, much of it fuelled by alcohol, is at an 'unacceptable' level and must be tackled".

Left: The Jubilee Amphitheatre from History & Antiquities of Stratford-upon-Avon.

"Keating's Persian Insect Destroying Powder. It is indispensable to travellers by Rail or Steamboat and visitors to the seaside for protecting bedding and cabins from fleas, bugs, cockroaches,moths and mosquitoes."Black's guide to Wales1868

So don't complain about the state of today's trains!!

If this article has whetted your appetite, you may be interested in the following categories:-
Black's Guide Books
Cook's Guides
Murrays Guides 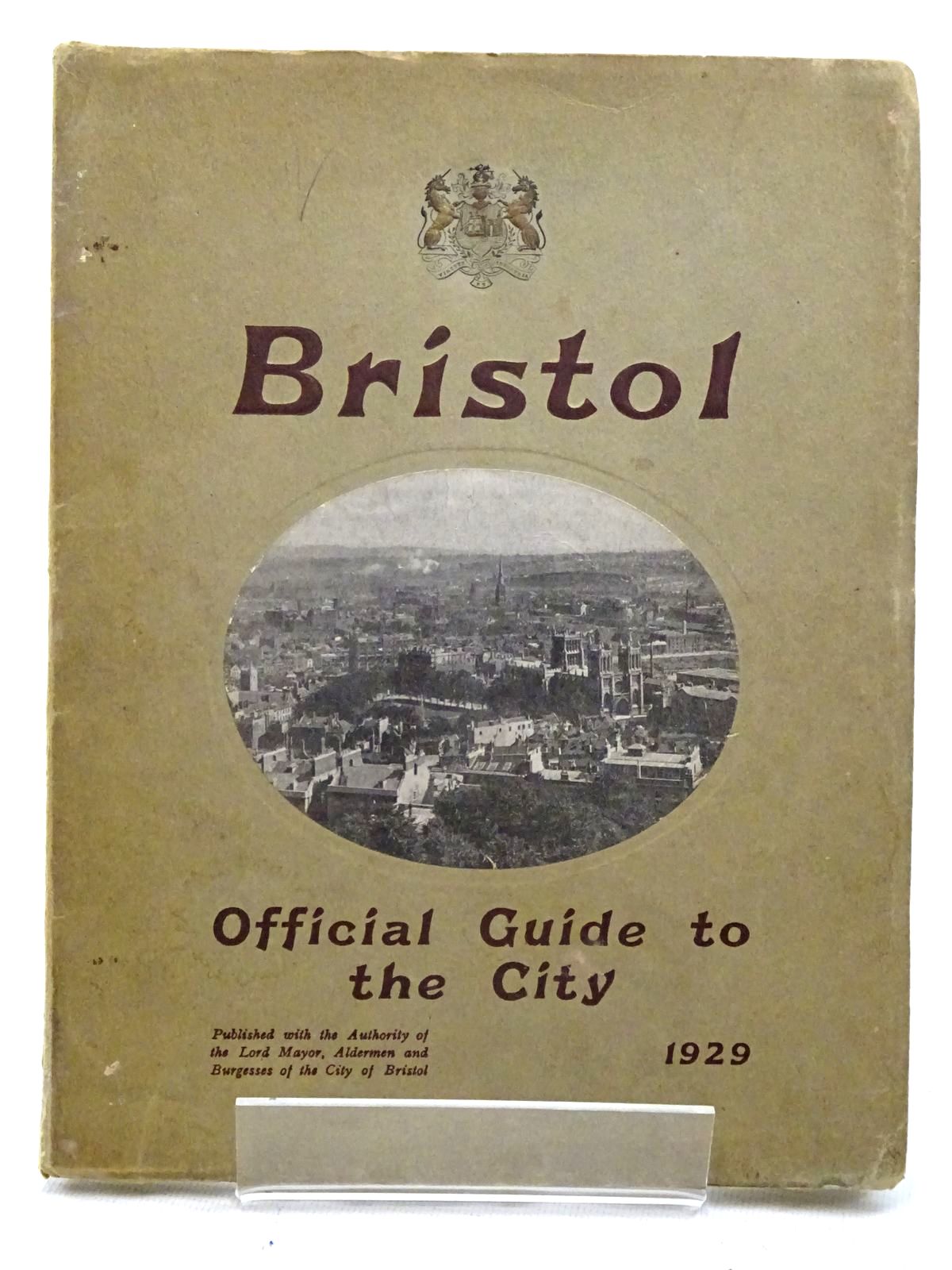 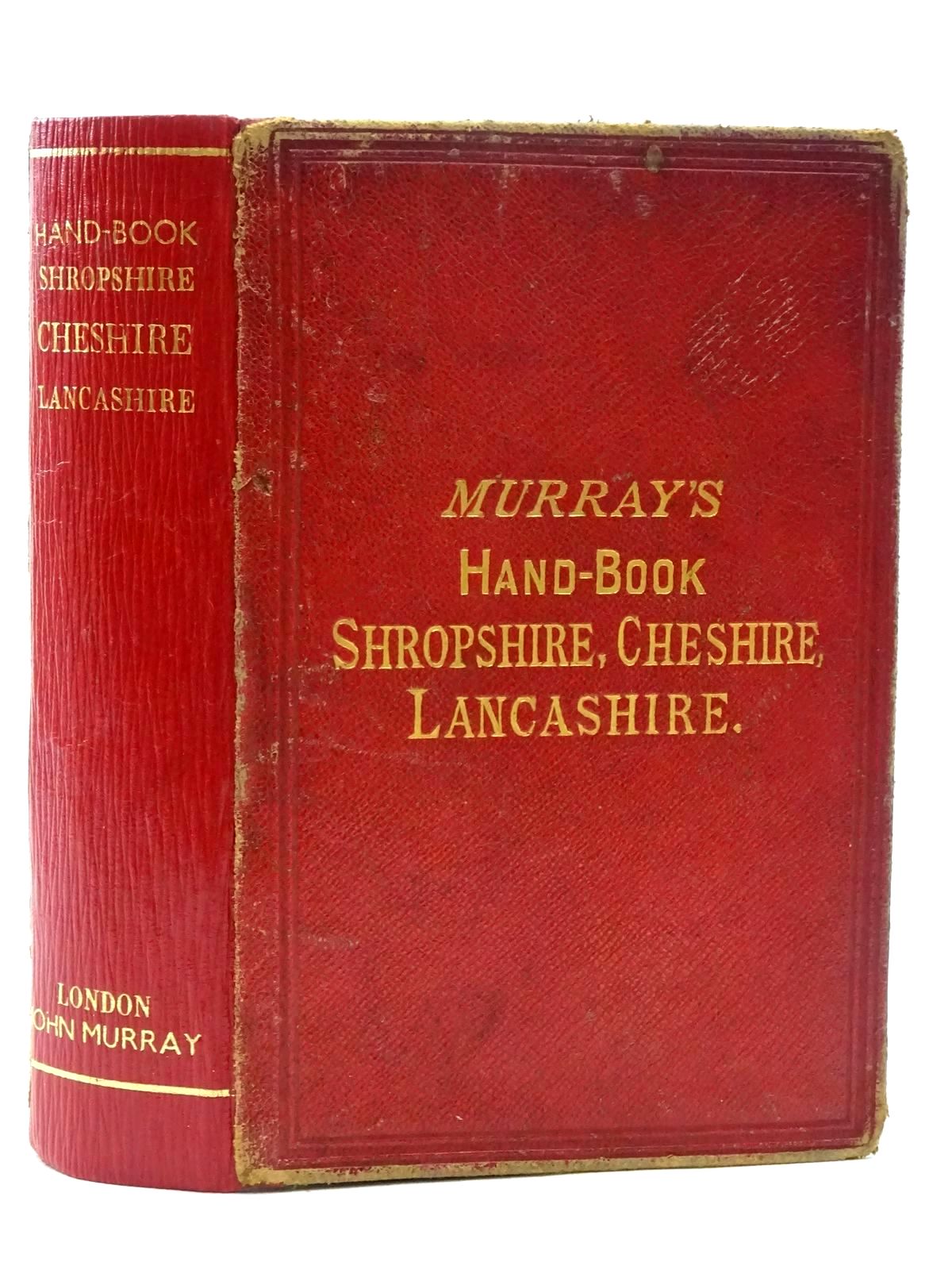 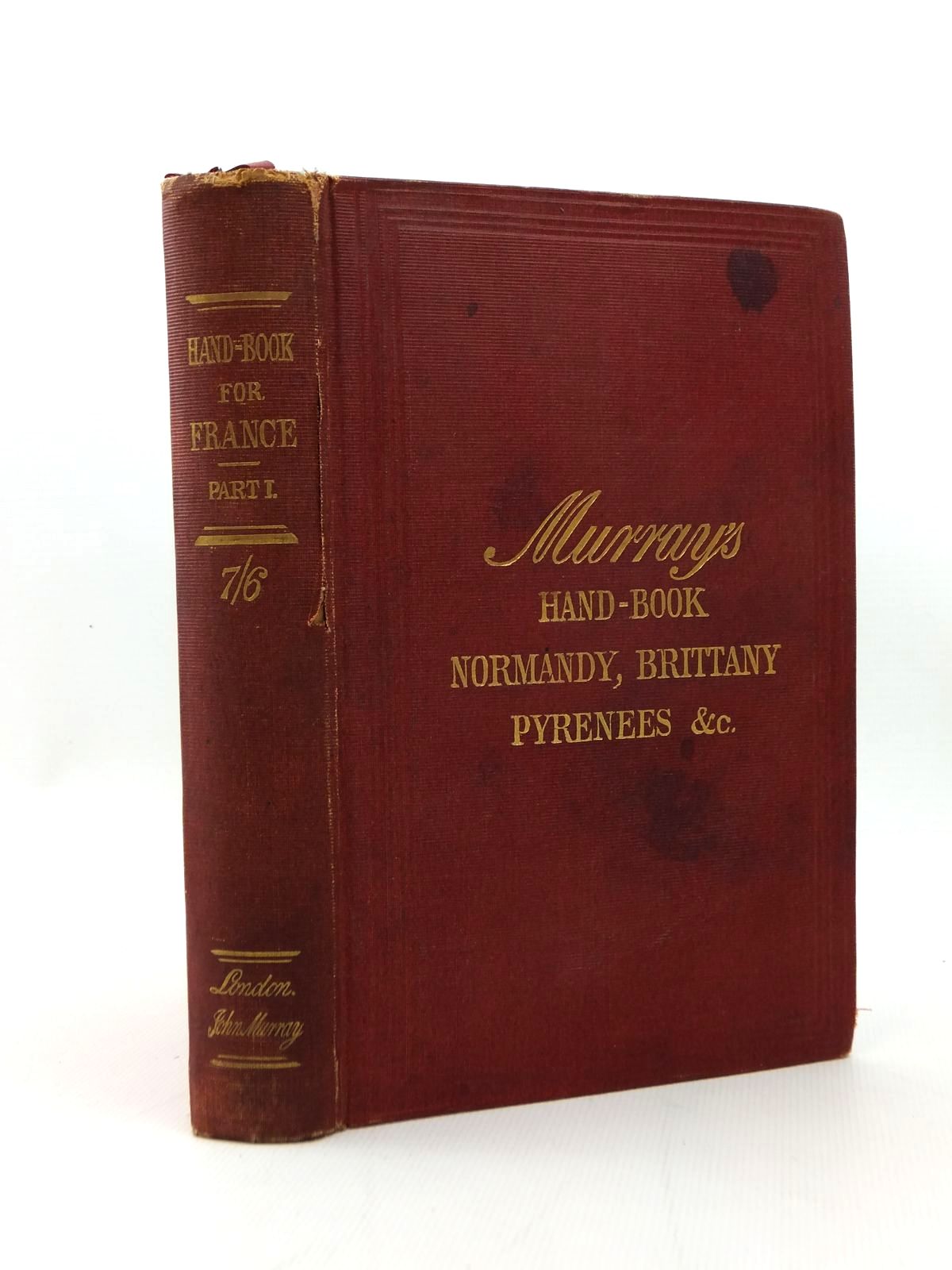 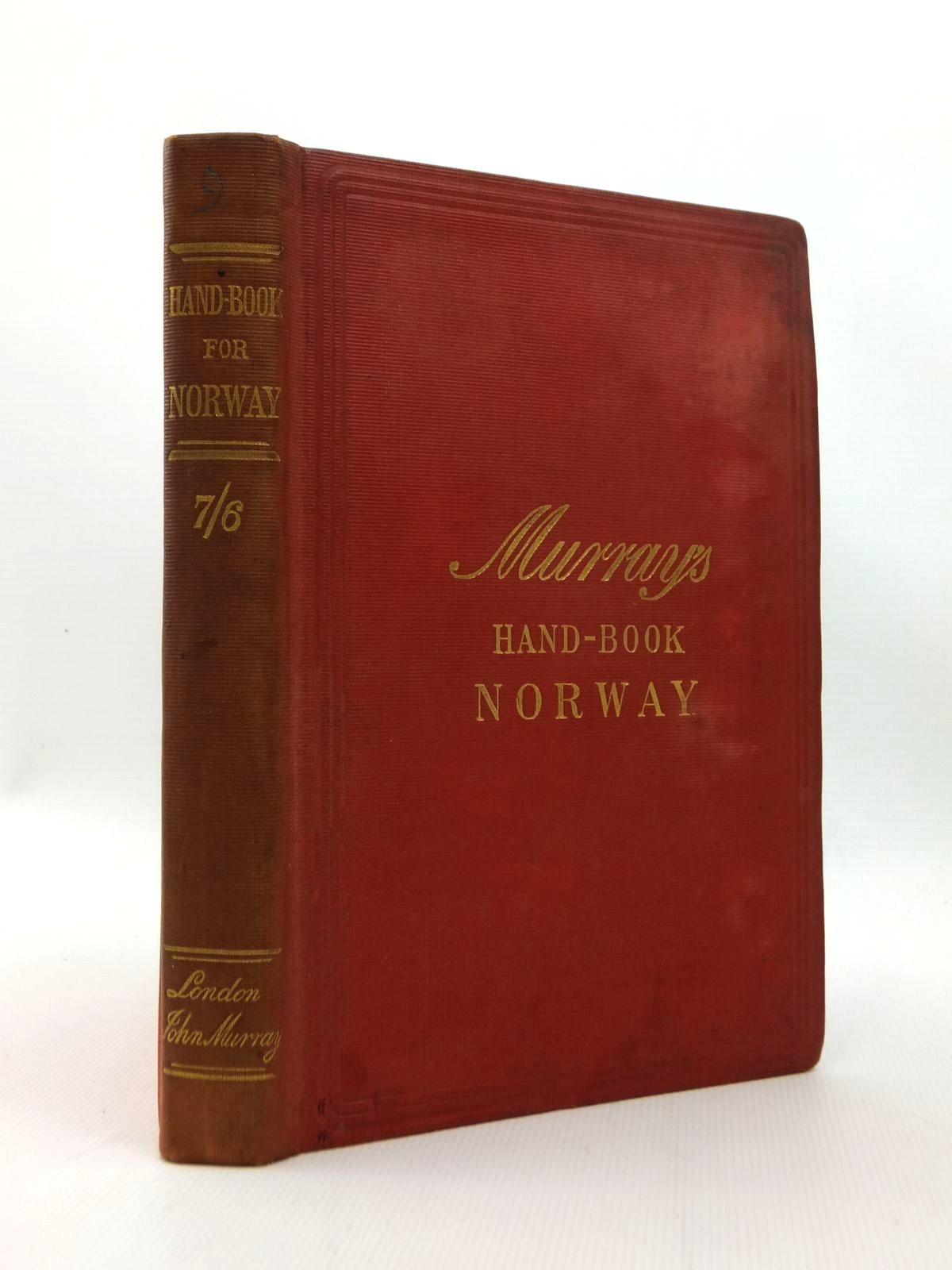 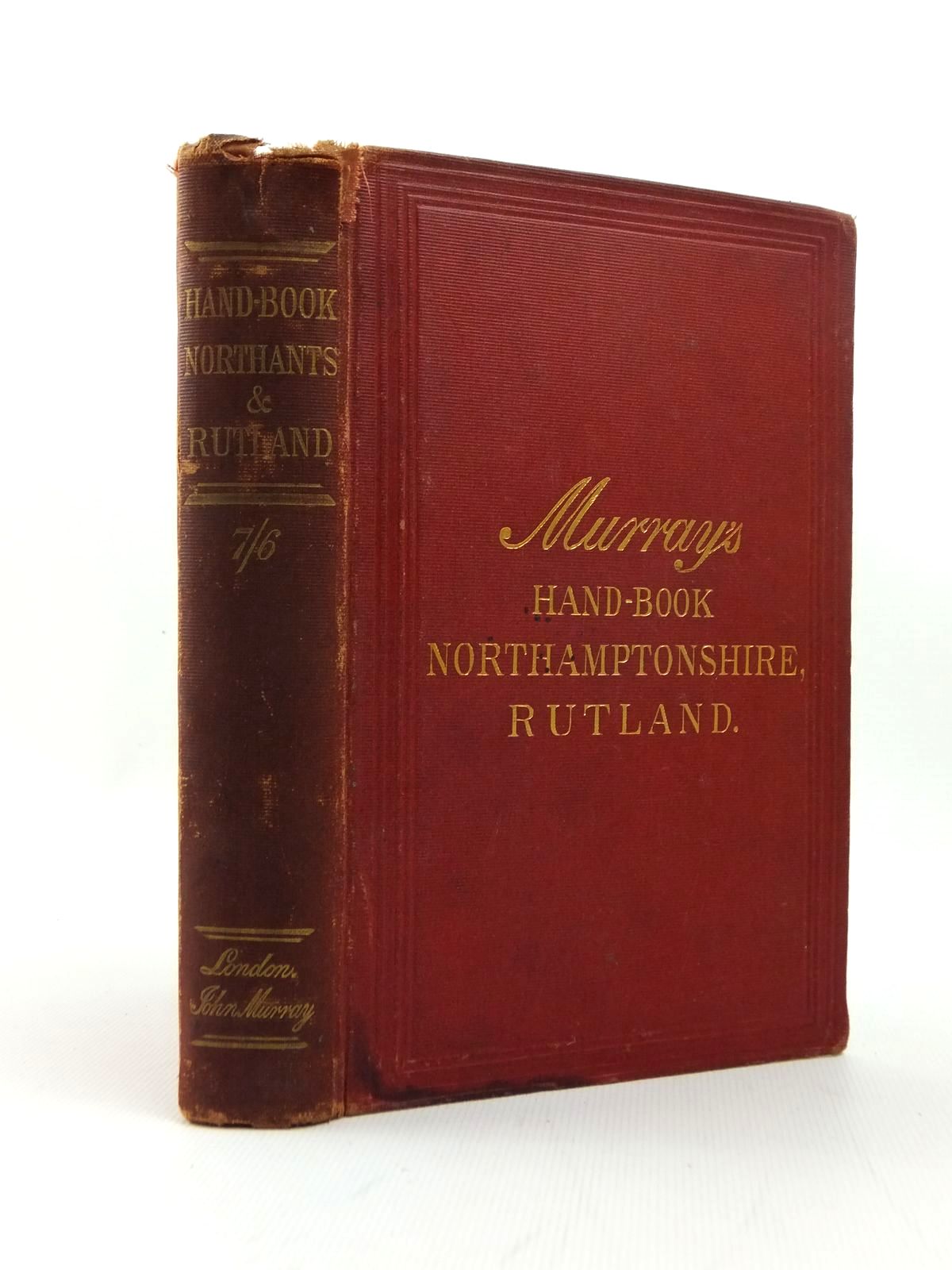 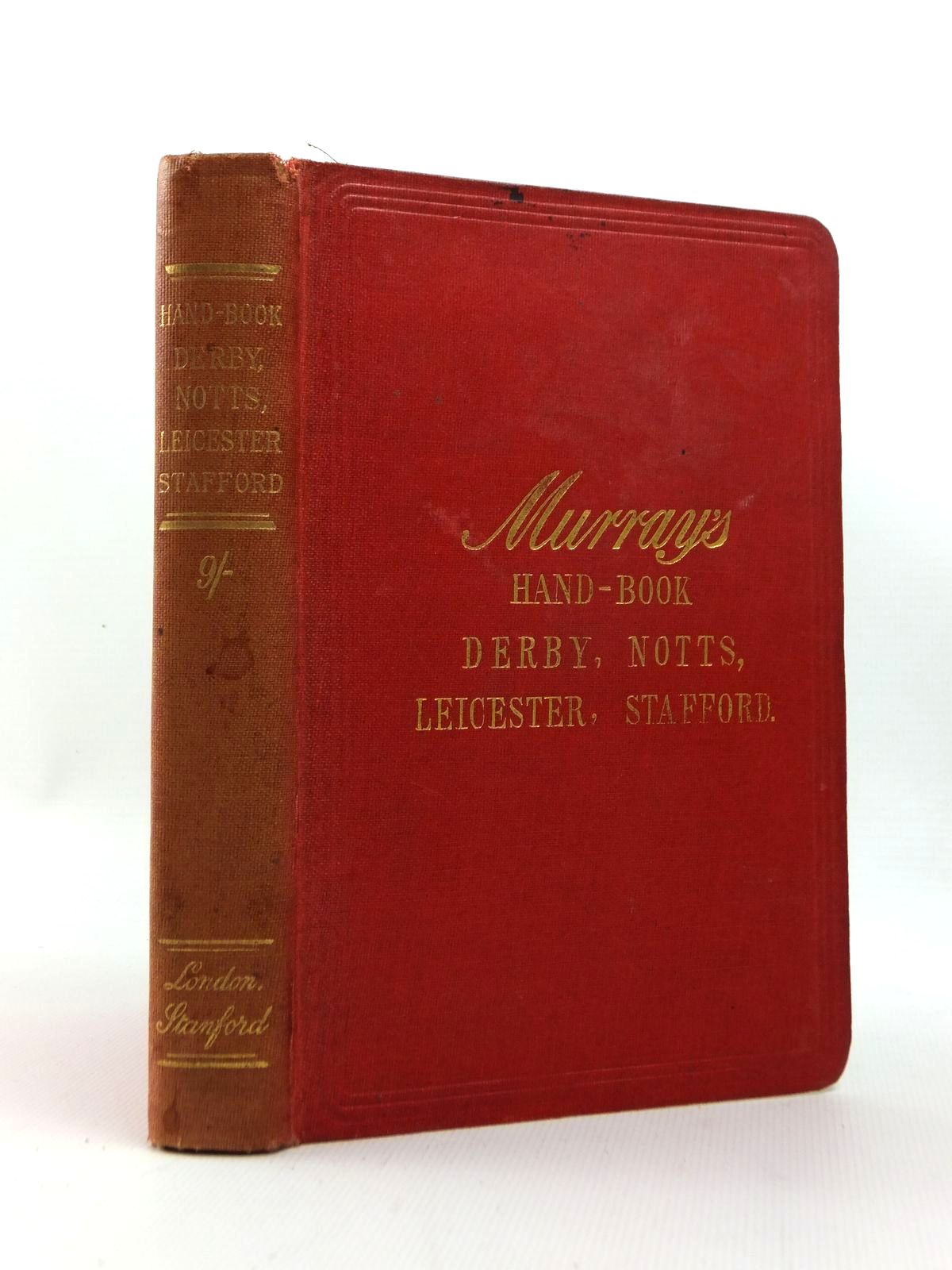 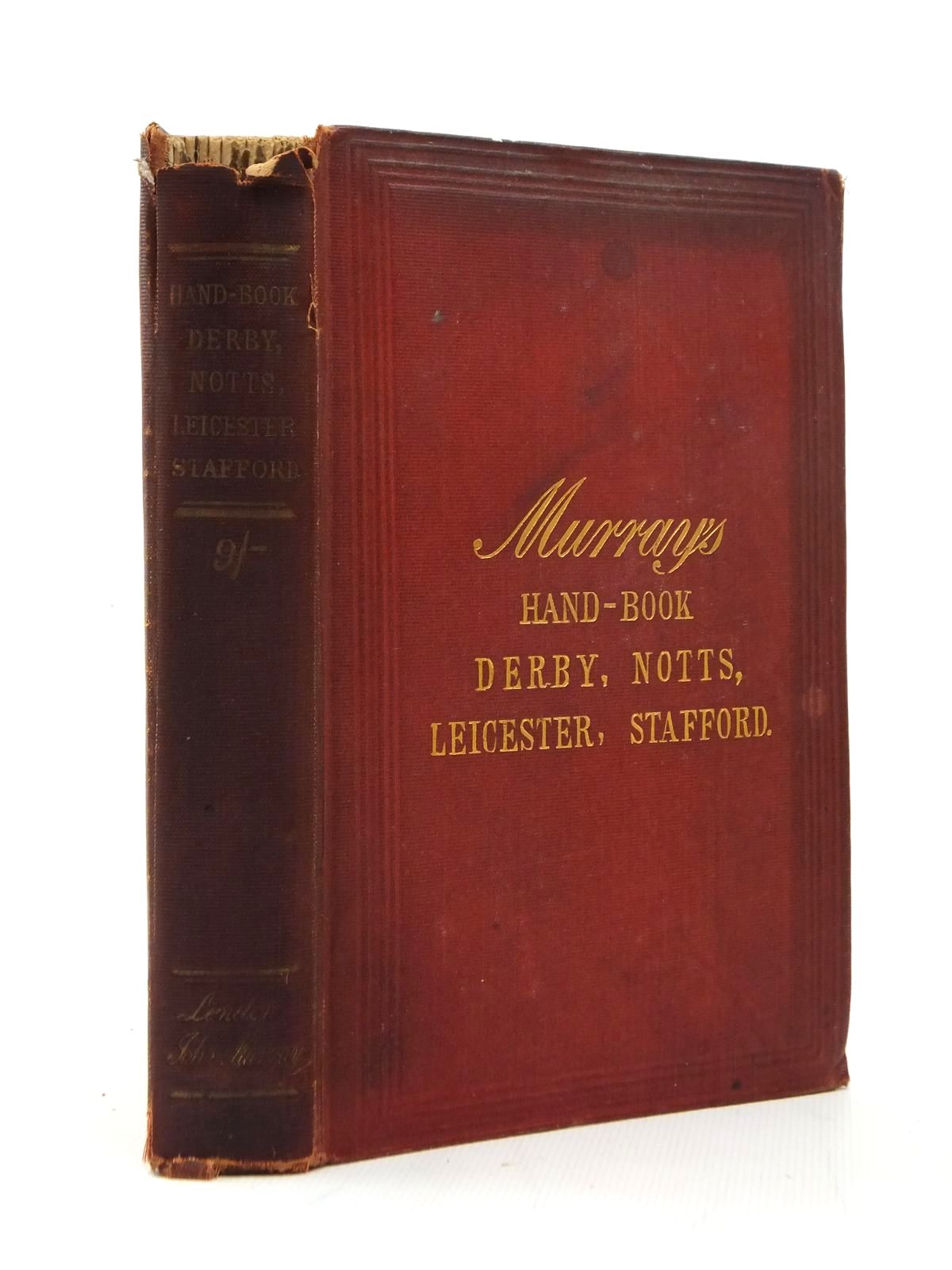 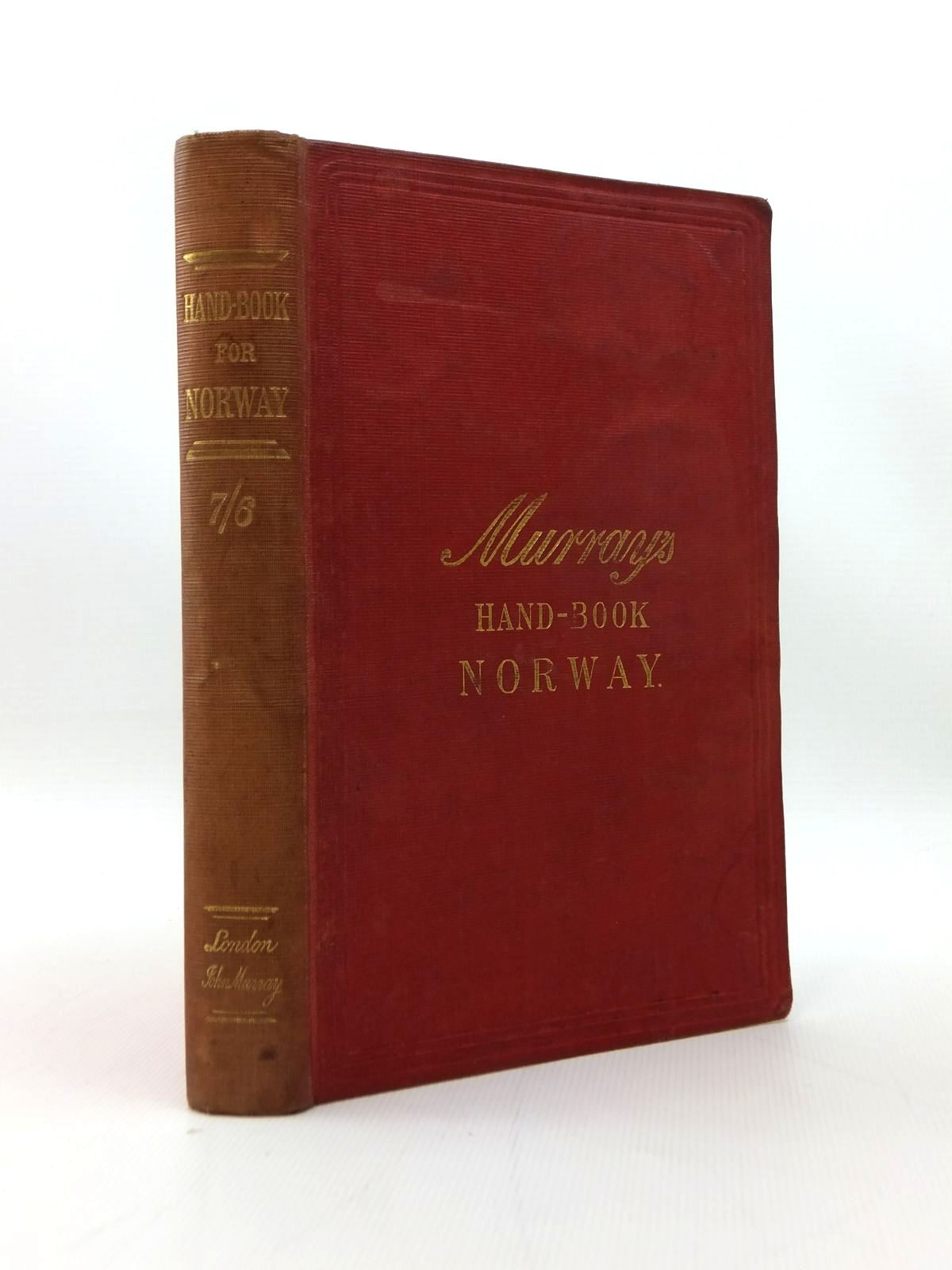 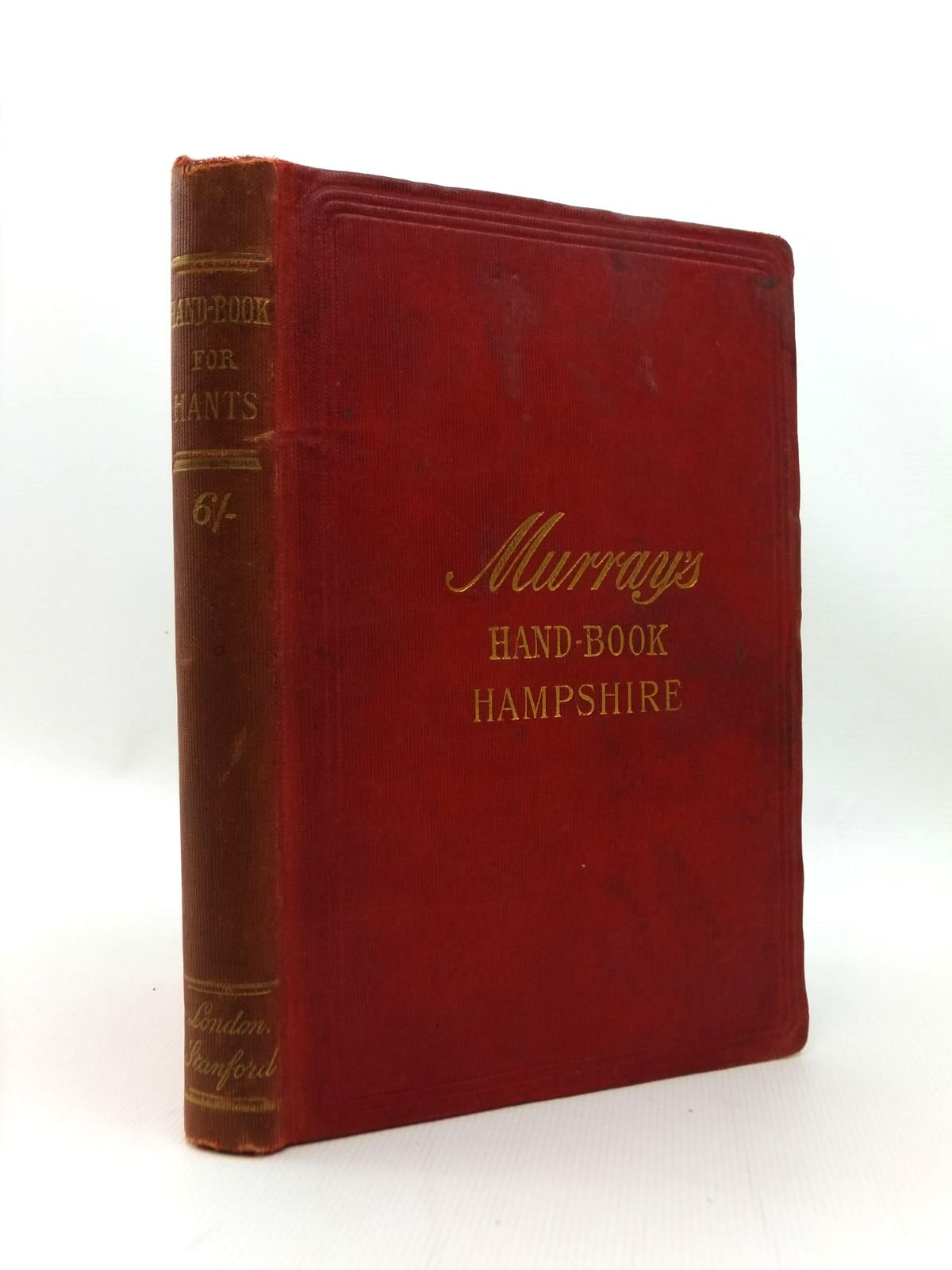 A HANDBOOK FOR TRAVELLERS IN HAMPSHIRE
No author listed. Stock no. 1208678
Published by John Murray. 5th 1898. Good condition. 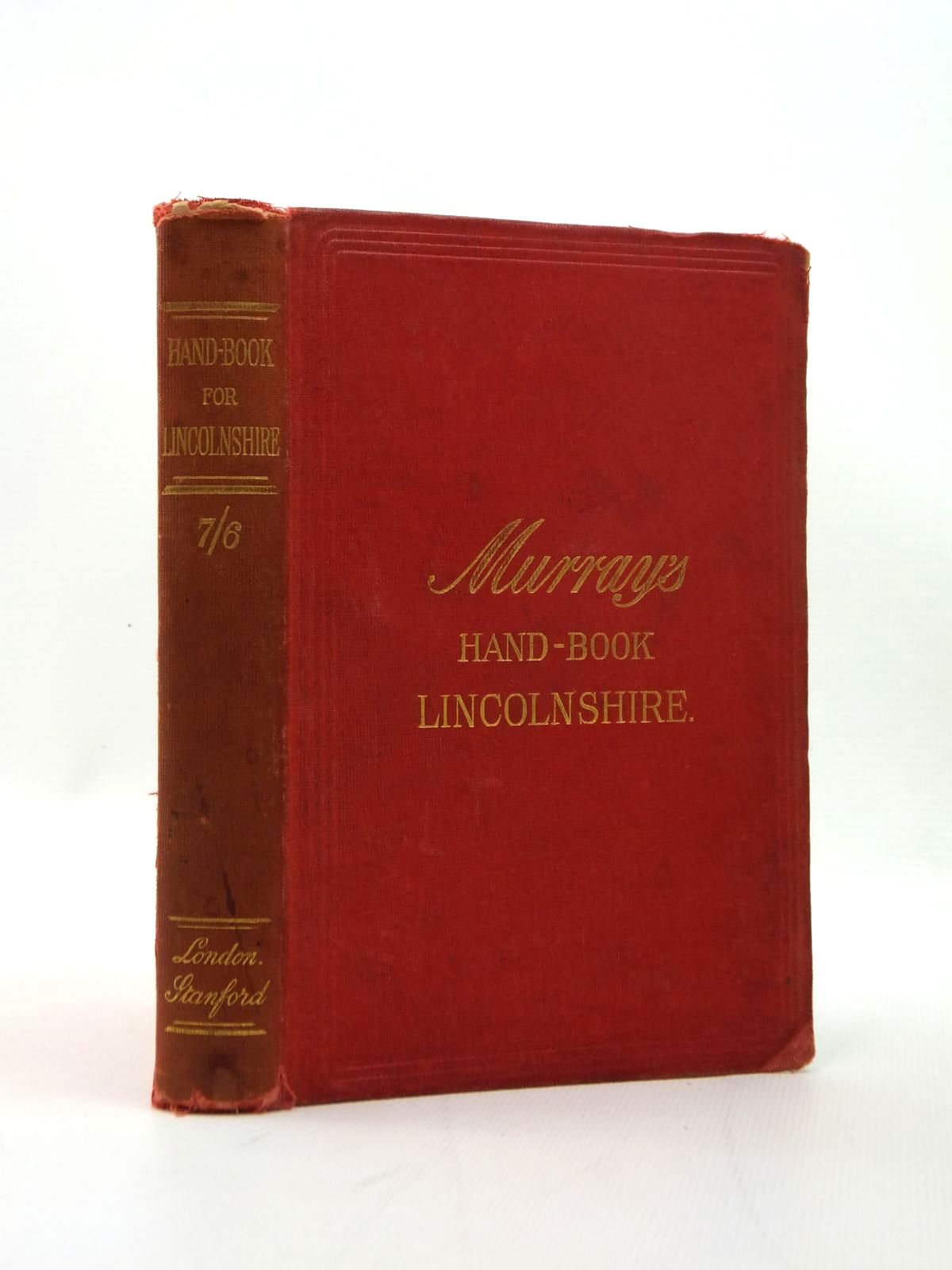 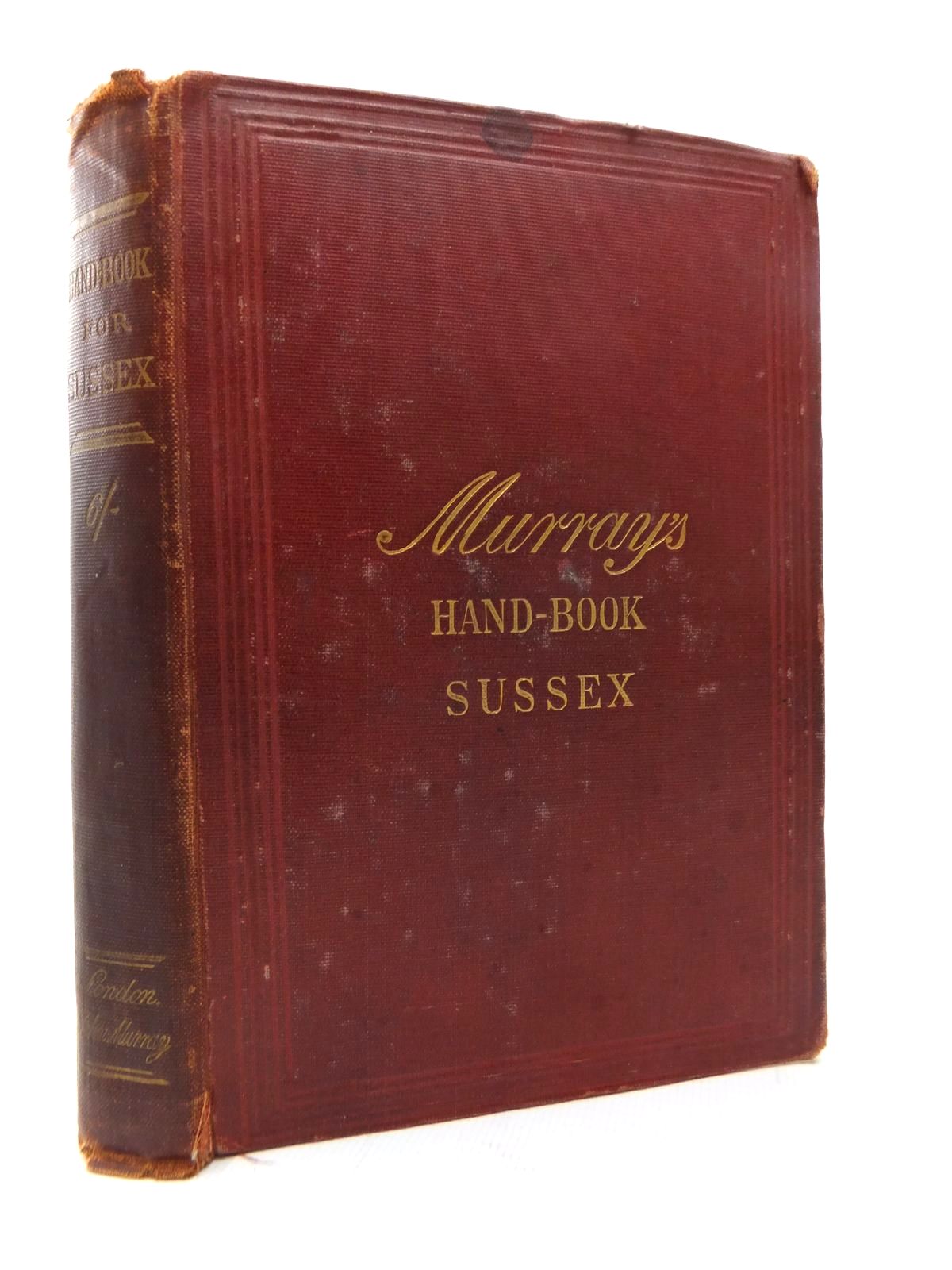 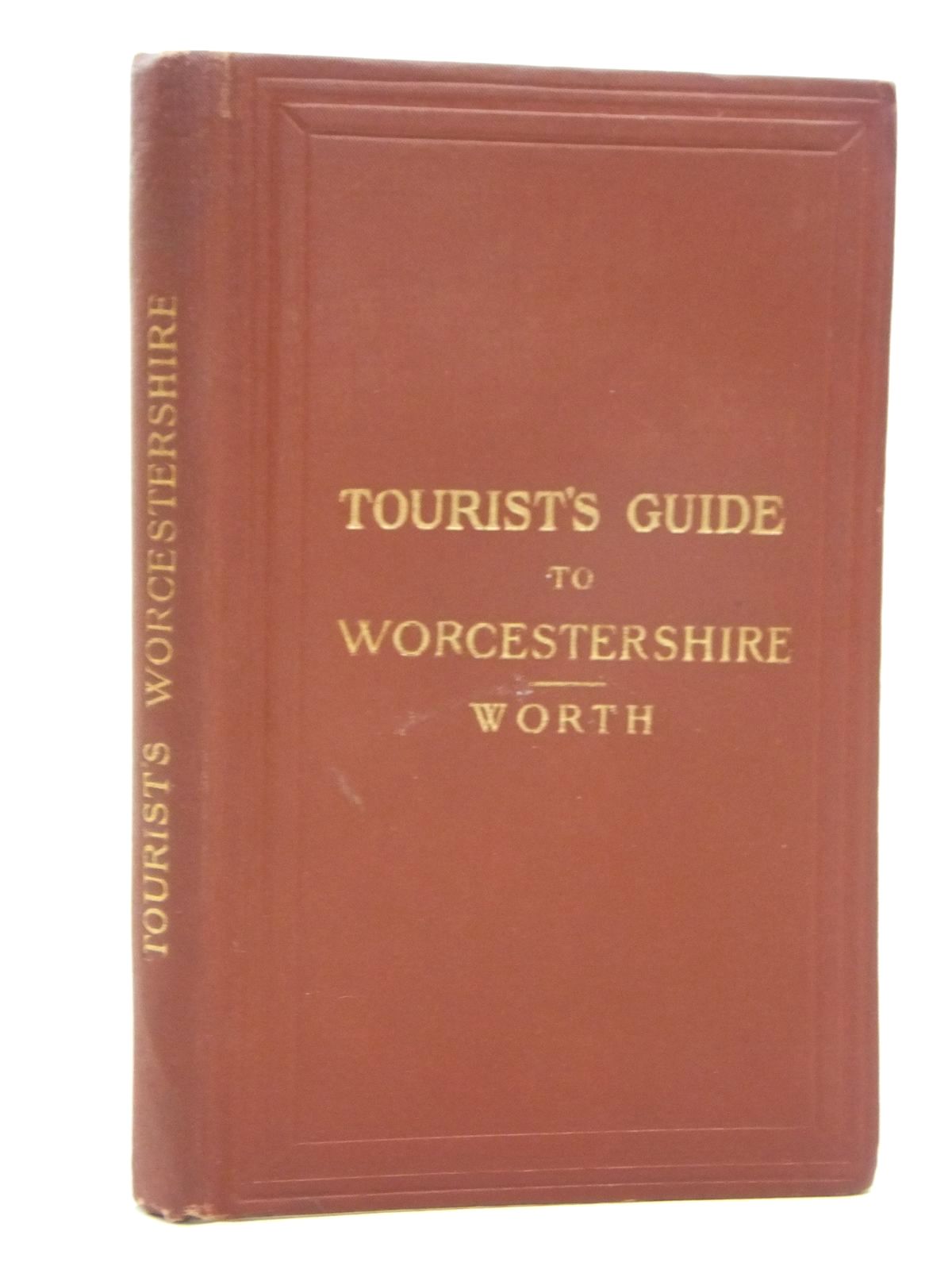