I have always enjoyed reading historical novels and have learnt a lot of history through them and think this was probably the first such book that I read. It is set in the 1930's and features a family affected by the rise of the Nazis and what happens when they have to leave their homeland.

Written by Judith Kerr, it is described as a semi-autobiographical novel about a young Jewish girl and her family who flee from the Nazis, leaving Germany in 1933. Judith Kerr wrote the story in response to a remark from her young son after seeing the film, The Sound of Music. He said that now we know what life was like when Mummy was a young girl. Judith wanted him to know what is was really like having to flee from home and friends to become a refugee. Alfred Kerr, Judith's father, was a noted journalist, drama critic and screenwriter who openly criticised the Nazis. The family were Jewish.

Anna, the central character, is 9 and she lives with her brother Max and her parents in Berlin. At the start of the book she discovers that her father (Papa) is missing. He has fled to Prague because he thinks Hitler will win the elections and he knows he is in danger as he is a well known critic of Hitler and the family has Jewish heritage. It is hoped that if Hitler loses the election Papa will be able to return. However the family decide not to wait and Mama, Max and Anna make plans to leave.

Anna has to choose which toy to take with her and opts for her new woolly dog, leaving behind her pink rabbit in the hope that they soon will be able to return. When this doesn't happen she decides that Hitler has stolen her toy. The family go to Switzerland and settle on the shores of Lake Zurich for a time.

Papa decides they should move to Paris and he and Mama go to sort out accomodation leaving the children behind. The Nazis have put a price of one thousand marks on Papa's head. Anna thinks this means that he will be shut in a room and one thousand coins will be dropped on his head, suffocating him. Max explains what it really means and she realises that they can't go back to Germany. Papa comes back to collect them and they are directed to the wrong train which would take them back to Germany. Thankfully Anna notices the destination label on the train and they get off just in time to get onto the correct train to Paris.

It takes the family some time to settle in Paris. Life is not easy and money is scarce. Although Papa speaks French the others don't so they have to learn a new language which at times seems beyond Anna. Eventually she masters it and settles into her school and begins to make friends there.

Papa finds it difficult to make a living in France and he decides to move to England where he hopes to be more successful. Max and Anna are told they will have to live with Omama and Opapa (their maternal grandparents) whilst their parents try to sort things out. Anna isn't happy with this decision but knows she will have to do it. However just before her parents are due to set out for England they learn that her father has sold a film script and the whole family are able to move to England together. And here they will settle.

Judith Kerr went on to realise her childhood dream of becoming a famous writer. Her best known books are those about Mog, the Cat and The Tiger Who Came to Tea. She also wrote two more semi-autobiographical novels. Bombs on Aunt Dainty which is about her life in London during World War II and A Small Person Faraway which is set in 1956 and is about her return to West Berlin. 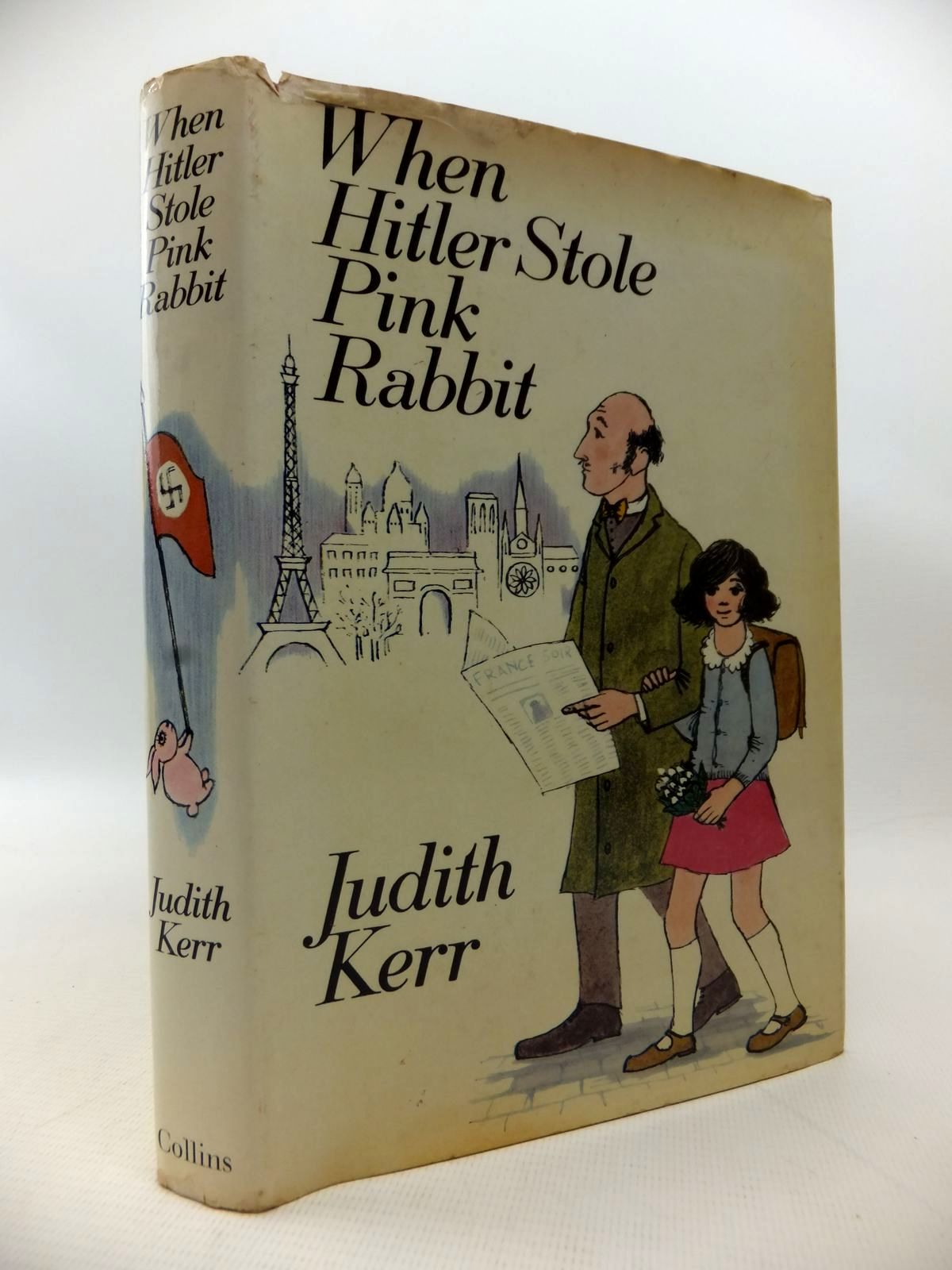