Watership Down by Richard Adams

First published in 1972, the novel was Richard Adams' first and I was surprised to learn that it was rejected by a number of publishers before Collins accepted it. The book then went on to win the annual Carnegie Medal, the Guardian Prize and other book awards. The story was originally told to the author's daughters on a long car journey. It was only by their persistence that Adams put pen to paper. 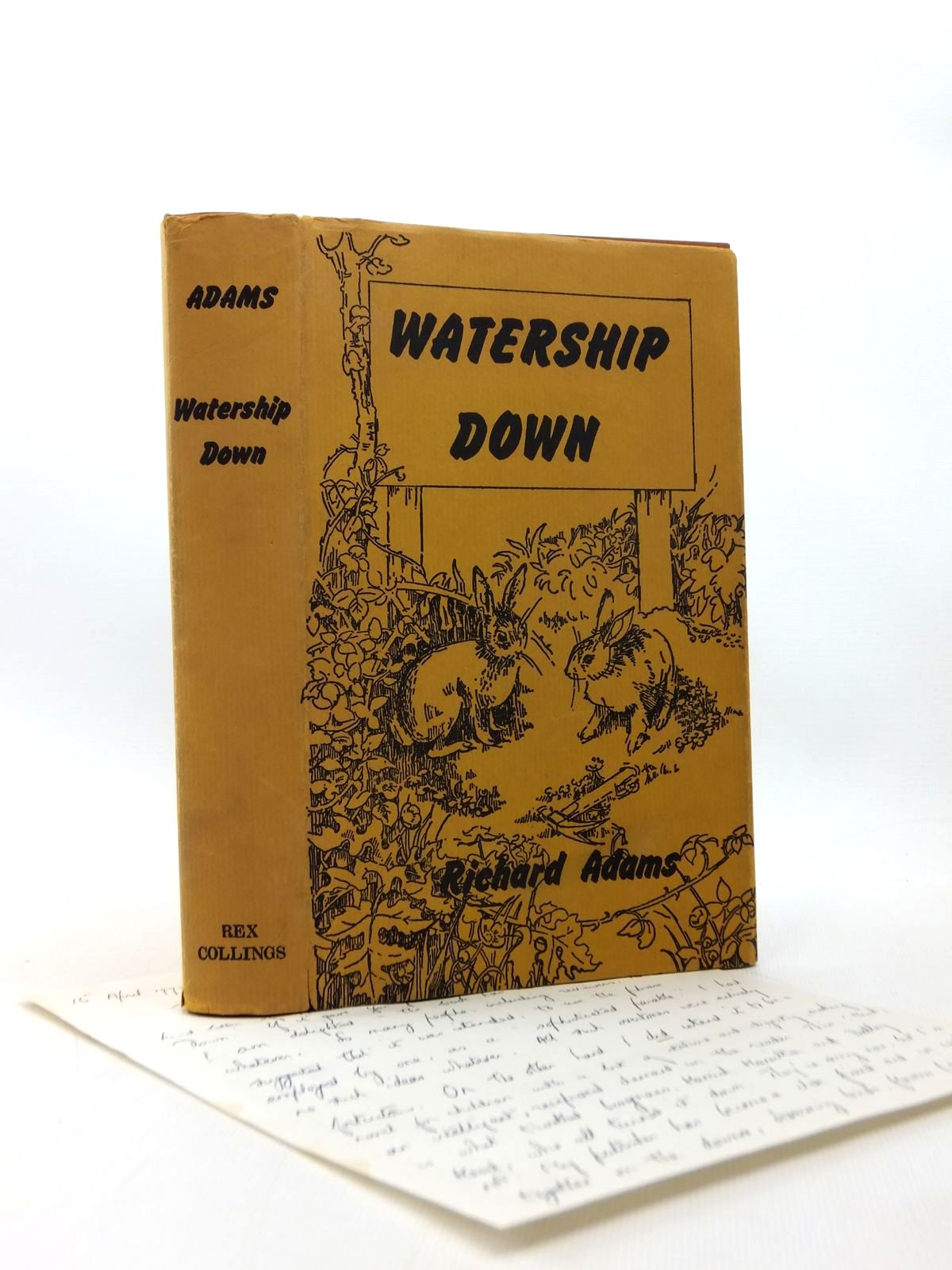 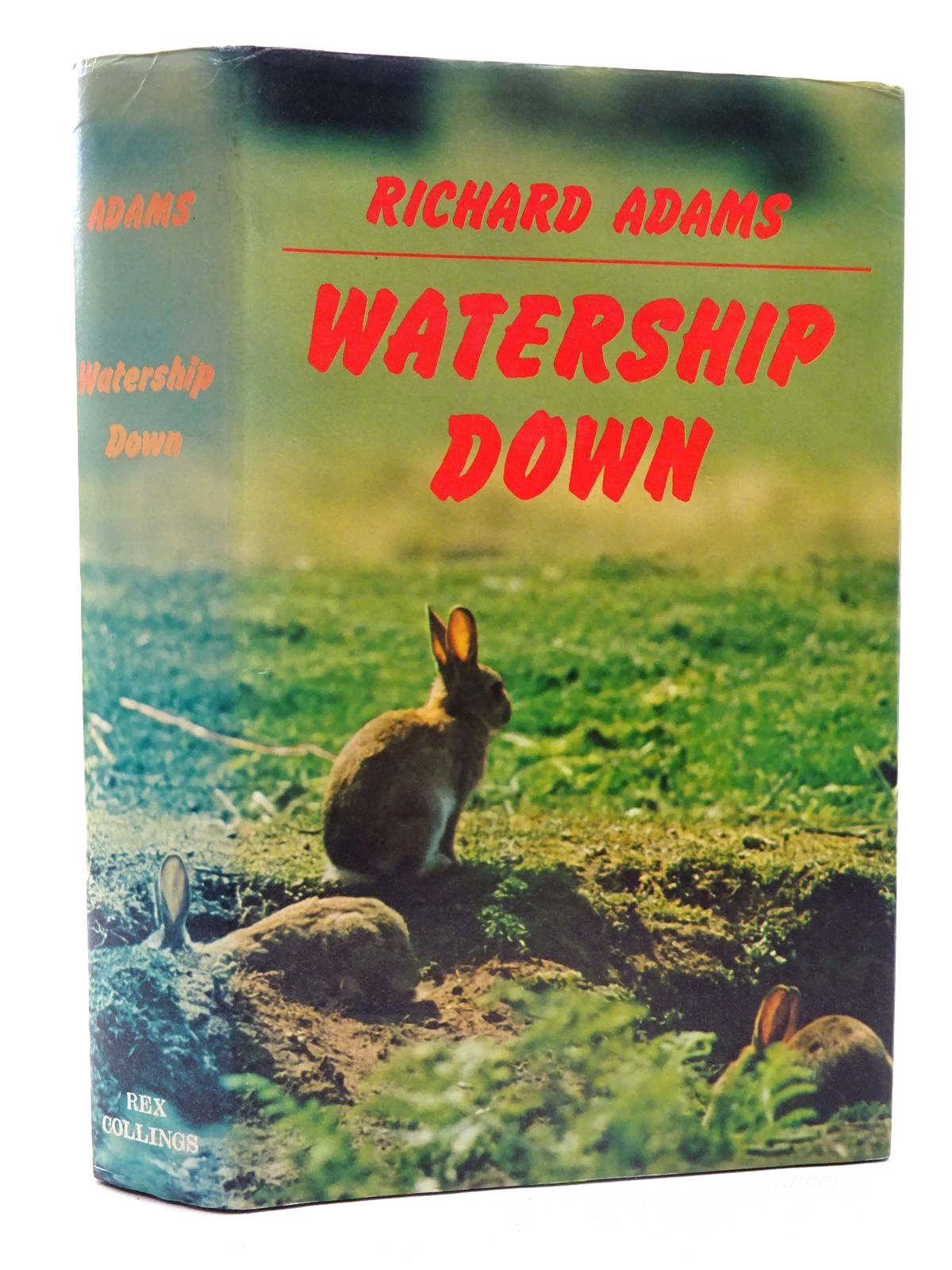 Set in Southern England, Watership Down is a story of survival and adventure featuring a small group of rabbits who escape the destruction of their warren and seek a new home. The title actually refers to the rabbits' destination, Watership Down, a hill in the north of Hampshire, near the area where the author grew up.

Fiver, a small young rabbit with a gift of sensing when things are going to happen (good and bad), foresees great danger to the rabbits' original home. Fiver's brother Hazel (the self-appointed leader of the warren) decides that the rabbits must leave the warren and takes advice from Fiver about where to go. They go through several adventures before Hazel successfully brings the small group of rabbits to a field where they believe they can live. But the field is already inhabited by a group of rabbits who seem strange but allow the travellers to stay. Fiver warns the rabbits not to join the new warren but they do not listen as it is an easy life with plenty to eat. Finally one of the rabbits – Bigwig – gets caught in a snare and Fiver then realises what is happening.... A farmer leaves food for the rabbits in order to fatten them up before he catches them in his snares! Sensibly they decide to leave and one rabbit from the new warren, Strawberry, comes with them. 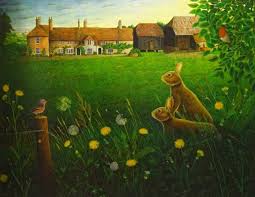 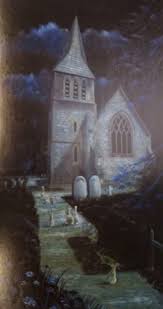 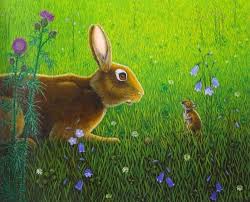 They travel on until they reach Watership Down where there is a perfect field for them to settle and form a new warren. Hazel then realizes that they do not have any doe (female) rabbits to mate with (not all the rabbits left the original warren) and that their warren will not last long without does. The rabbits befriend a wounded bird, Kehaar, and after he heals he searches for other warrens so that they can get some does. He finds a warren (Efrafa) a few days away and they send out a few rabbits in order to try and bring back some does. The expedition comes back roughed up, describing a militaristic warlord - General Woundwort - who runs a horrible warren. However, Hazel decides they must return to Efrafa to get some does otherwise the warren will not survive. This obviously outrages General Woundwort and a battle ensues... but Hazel with a flash of inspiration runs off to release the farm dog who comes and scatters the Efrafan forces.

As with all good novels.... they live happily ever after! Hazel lives several years, longer than most rabbits live, and sees the warren prosper and thrive before he dies.

Perhaps you have seen the mini-tv series that was aired last year (2018)? I have seen the animated film that was made in 1978 featuring the famous and haunting song “Bright Eyes” sung by Art Garfunkel. I saw that when I was very young and remember being a little scared!

In 1996 “Tales From Watership Down” was published. A collection of 19 short stories of rabbit mythology and featuring characters introduced in the earlier book.