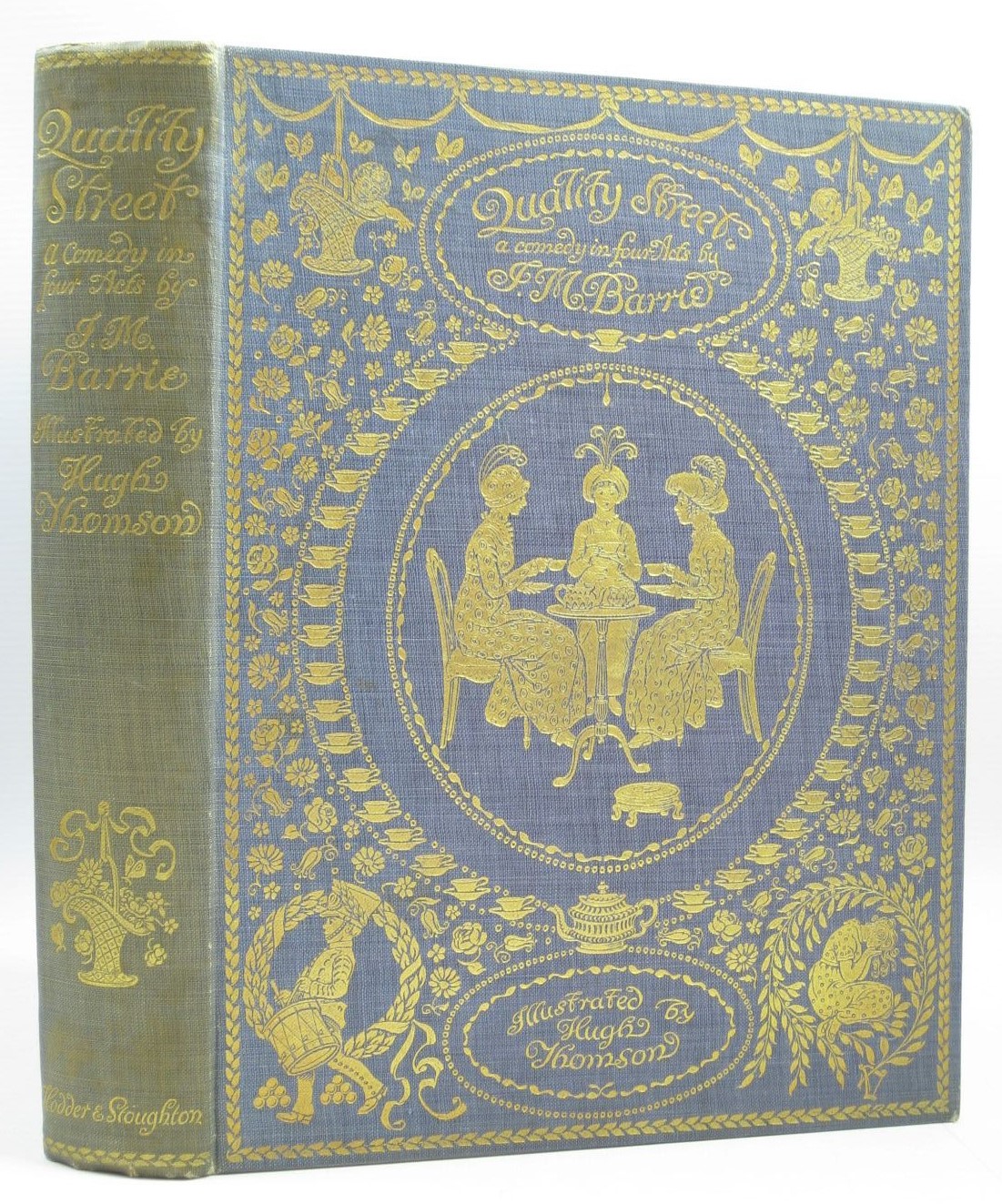 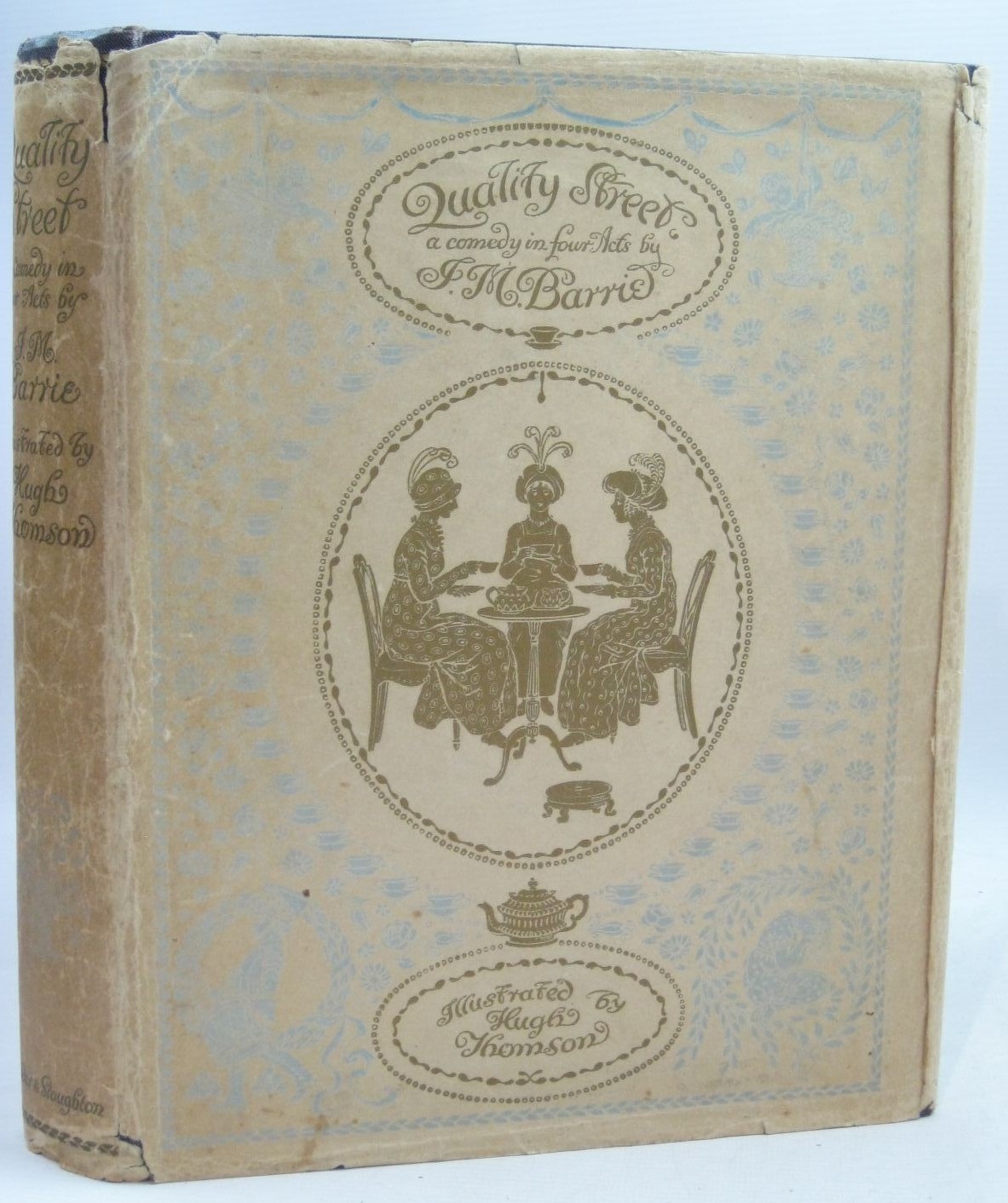 Quality Street was first published in 1901, a few years before Barrie's famous novel of Peter Pan.  The play, a comedy in four acts, opened in Ohio in October 1901 and in New York in November 1901 where it ran for 64 performances. However, when it arrived in London in September 1902, it ran for a very successful 459 performances. The play enjoyed numerous revivals and tours until World War II and even enjoyed a recent revival in 2010.

Set in Napoleonic times, the story is about two sisters, Phoebe and Susan Throssel, who start a school intended for genteel children in order to pay the rent. 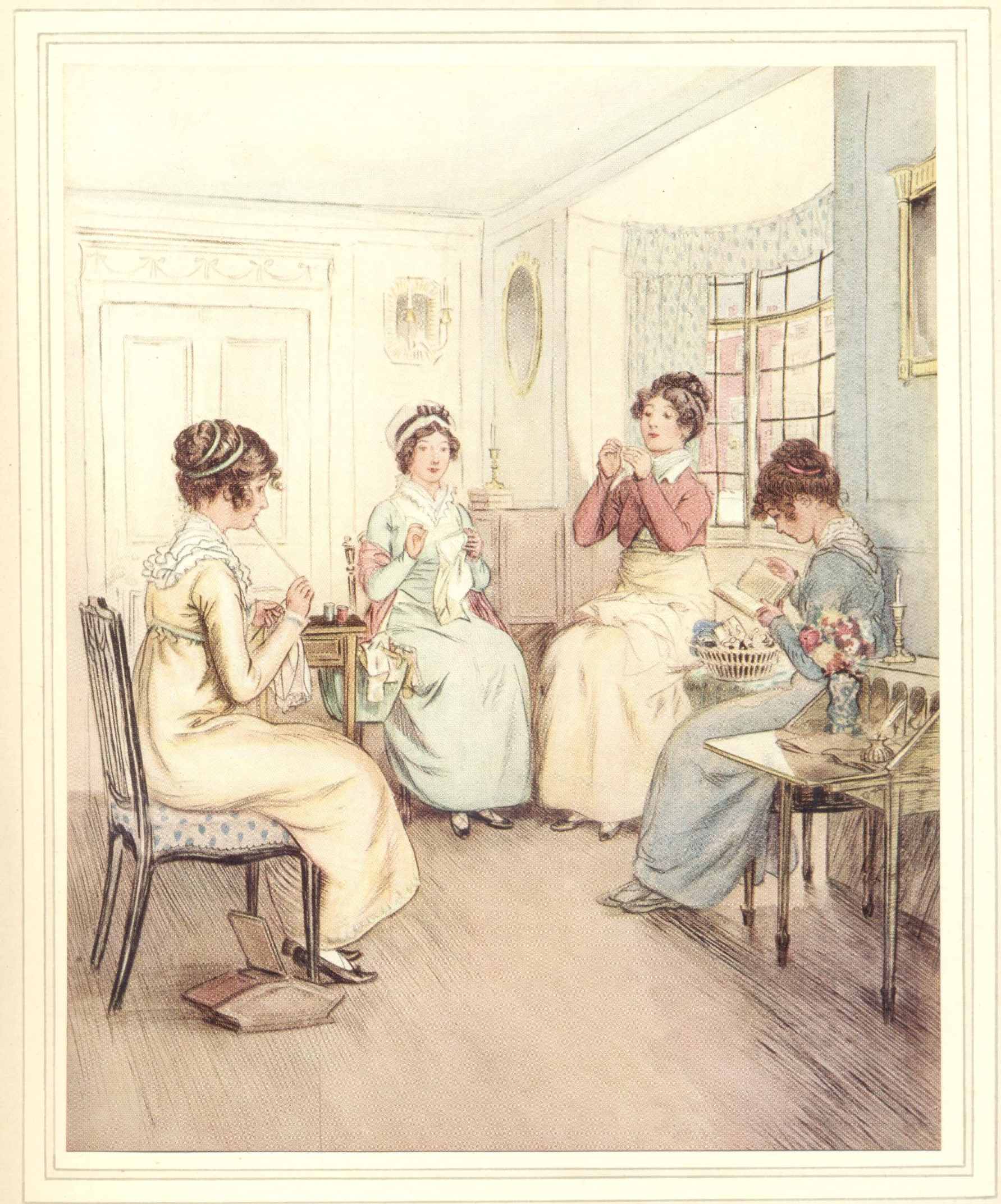 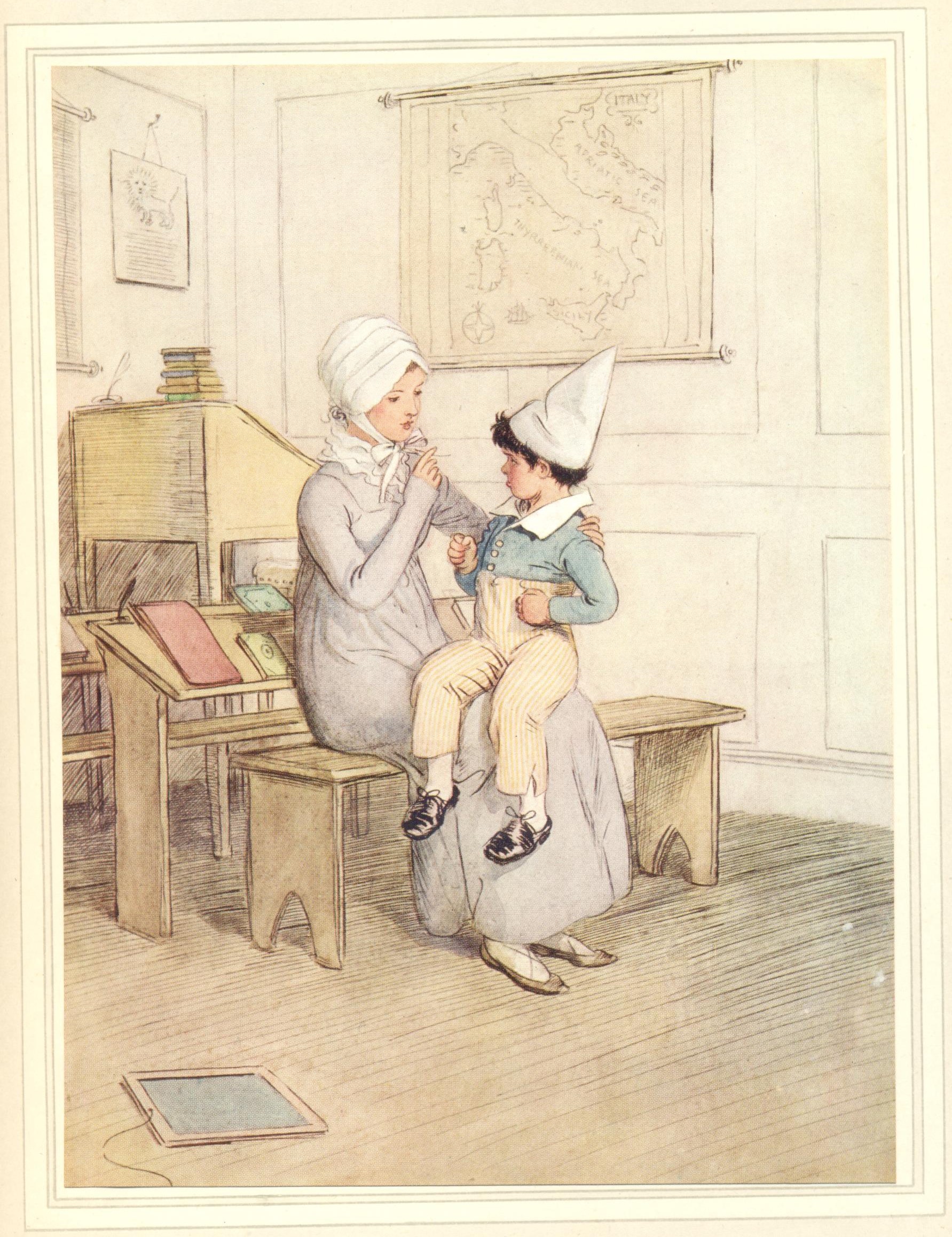 Act 1: The local gossips in town discuss the developing relationship between Phoebe and Valentine Brown. Phoebe is hoping that Valentine is going to propose but instead he announces his intention to join the fight in Europe against Napoleon. The girls are left devastated!

Act 2: Ten years later the girls have set up a school attended by somewhat turbulent children and Phoebe, who has not accepted any other suitor, at the age of 30 has resigned herself to life as a school mistress and old maid.  However, she longs for her youth and the return of Captain Brown makes her realise she has to do something to catch his eye. So, to tease Captain Brown, she re-invents herself. From being staid and dowdy she now becomes a flirtatious character based on her own niece, Livvy.  Captain Brown falls captive to her charms and persuades ‘Miss Livvy’ and Susan to accompany him to the ball. 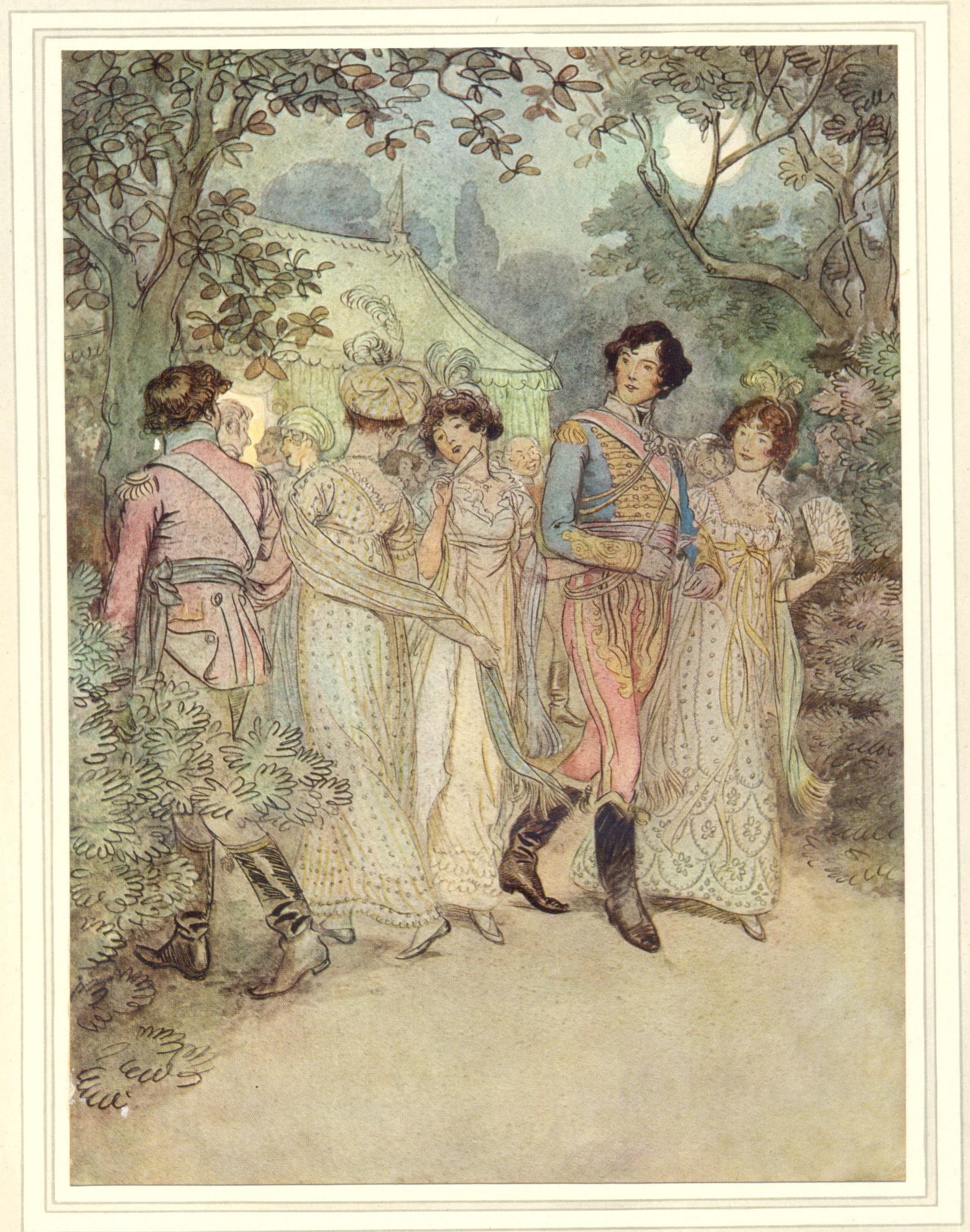 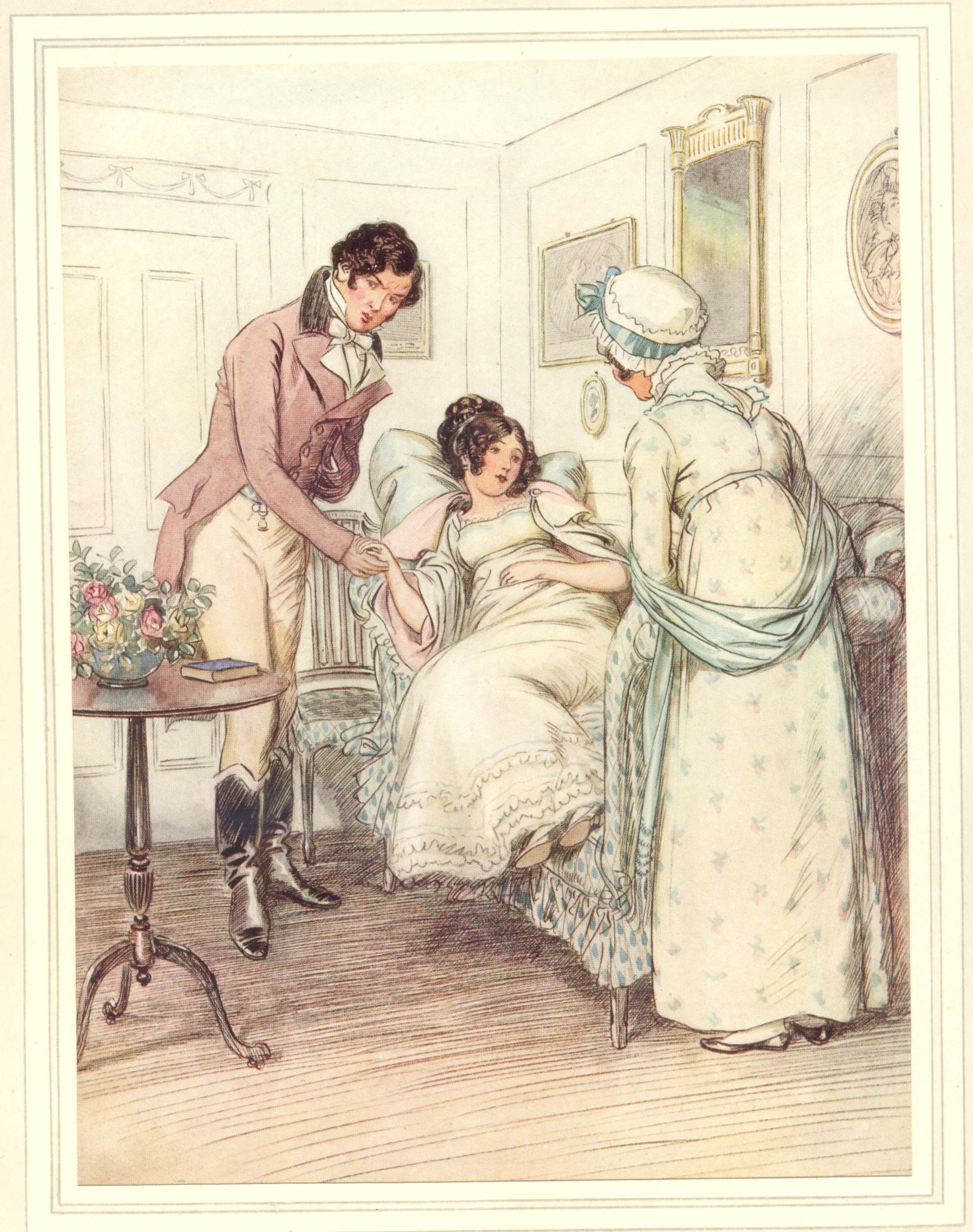 Act 3: At the ball Phoebe is still playing the part of Miss Livvy. She captures the eye of many of the young men along with the scorn of the ladies but it annoys her that Brown seems to prefer the young flirt Livvy to the true personality and qualities of Phoebe. Having almost been found out by the local gossiping girls, she finally confronts Captain Brown and we discover to our relief that he has found his love for Miss Phoebe and not for Miss Livvy, as he declares “I have discovered for myself that the schoolmistress in her old maid’s cap is the noblest Miss Phoebe of them all!”

Act 4: Back at home Miss Livvy is proving difficult to dispose of! The local gossips watch for any sign of her and frequently visit the sisters’ home. Brown asks Phoebe to marry him but she turns him down without explanation. However, ultimately Brown becomes aware of the sisters’ plight, he and Phoebe realise that they love each other and he sets out to right all the wrongs including his own.

This story of lost love, spinsters and secret disguises is as enchanting to readers today as over a century ago and this particular version of the book is superbly illustrated by Hugh Thomson, a favourite illustrator of mine.  I find that his illustrations, both in colour and black and white, are so delicate and exquisite. 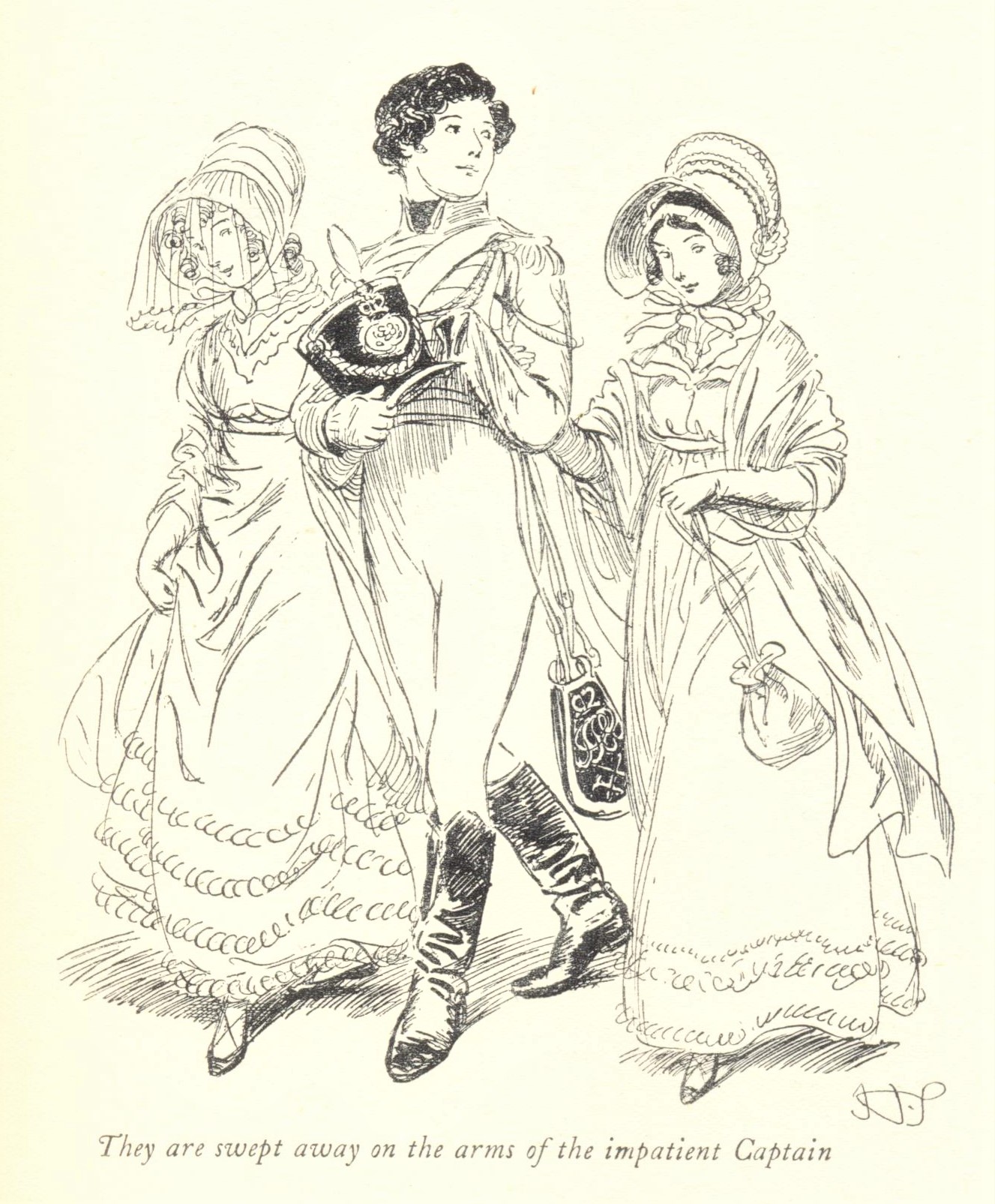 There are 22 tipped-in colour plates throughout the book each with its own captioned paper guard, some black and white illustrations and of course the covers are beautifully decorated in gilt as well.

Did you know that the play was so successful that Quality Street chocolates were named after it? And characters from the play were originally used in their advertising and packaging! 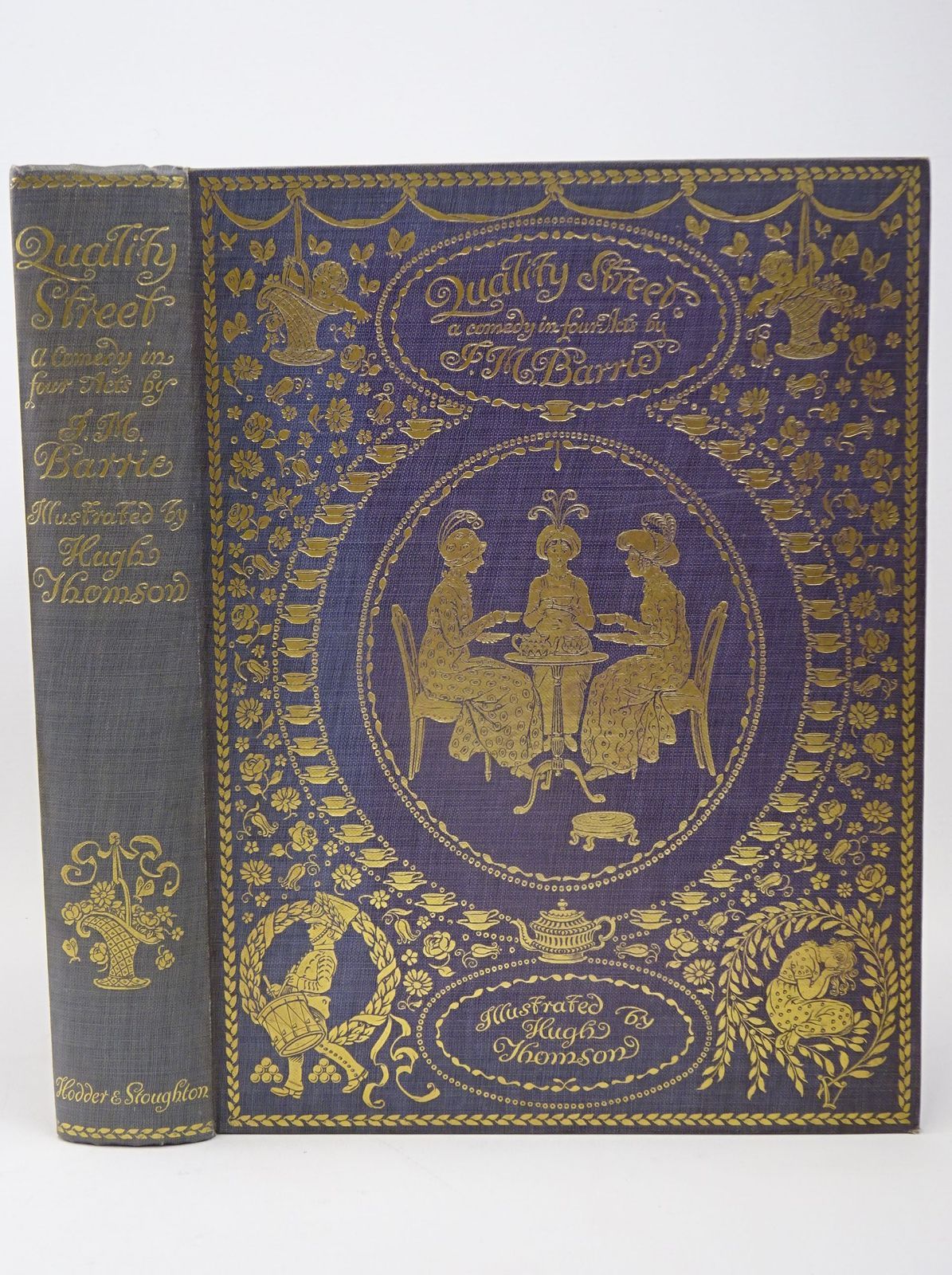 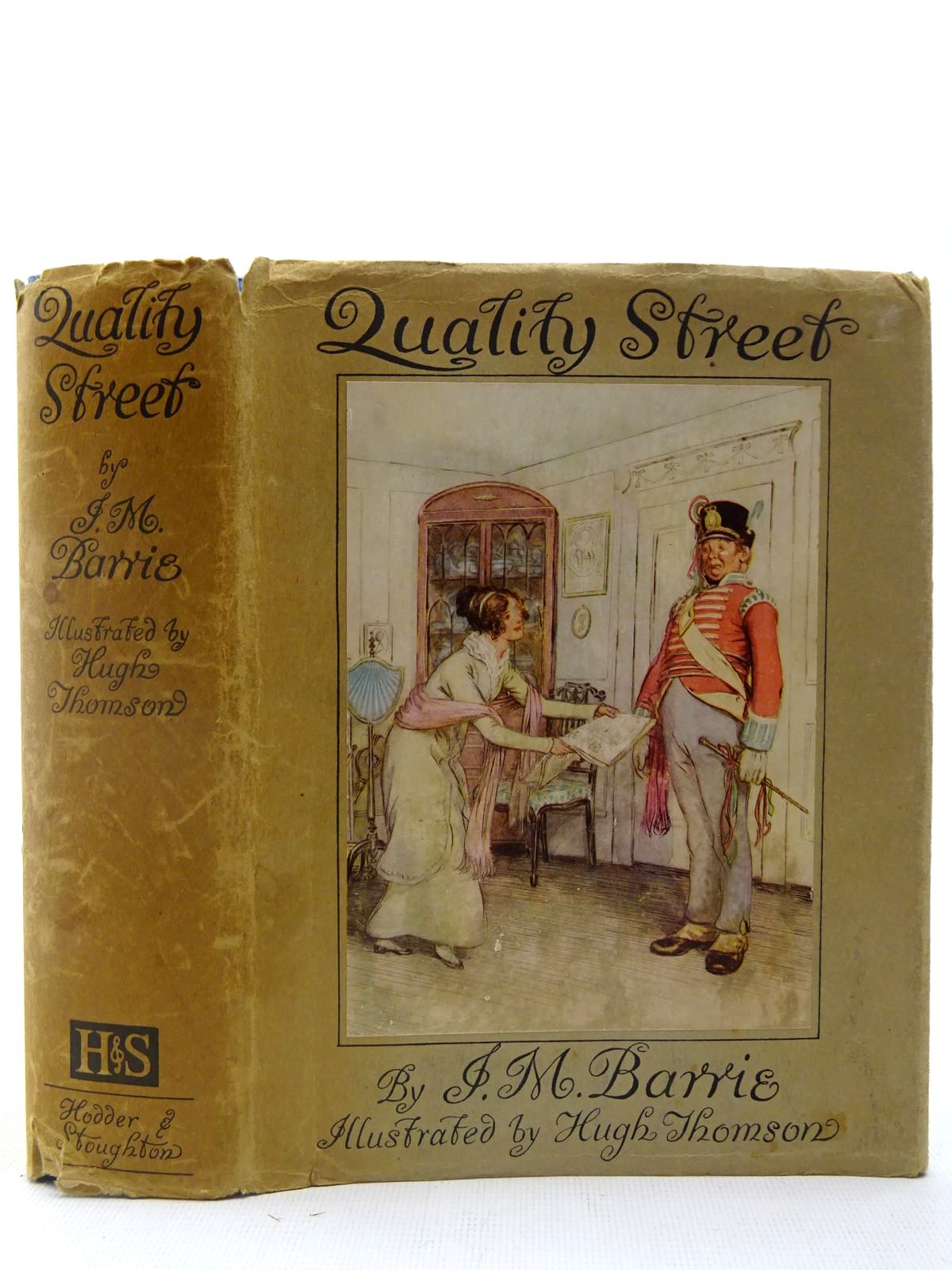 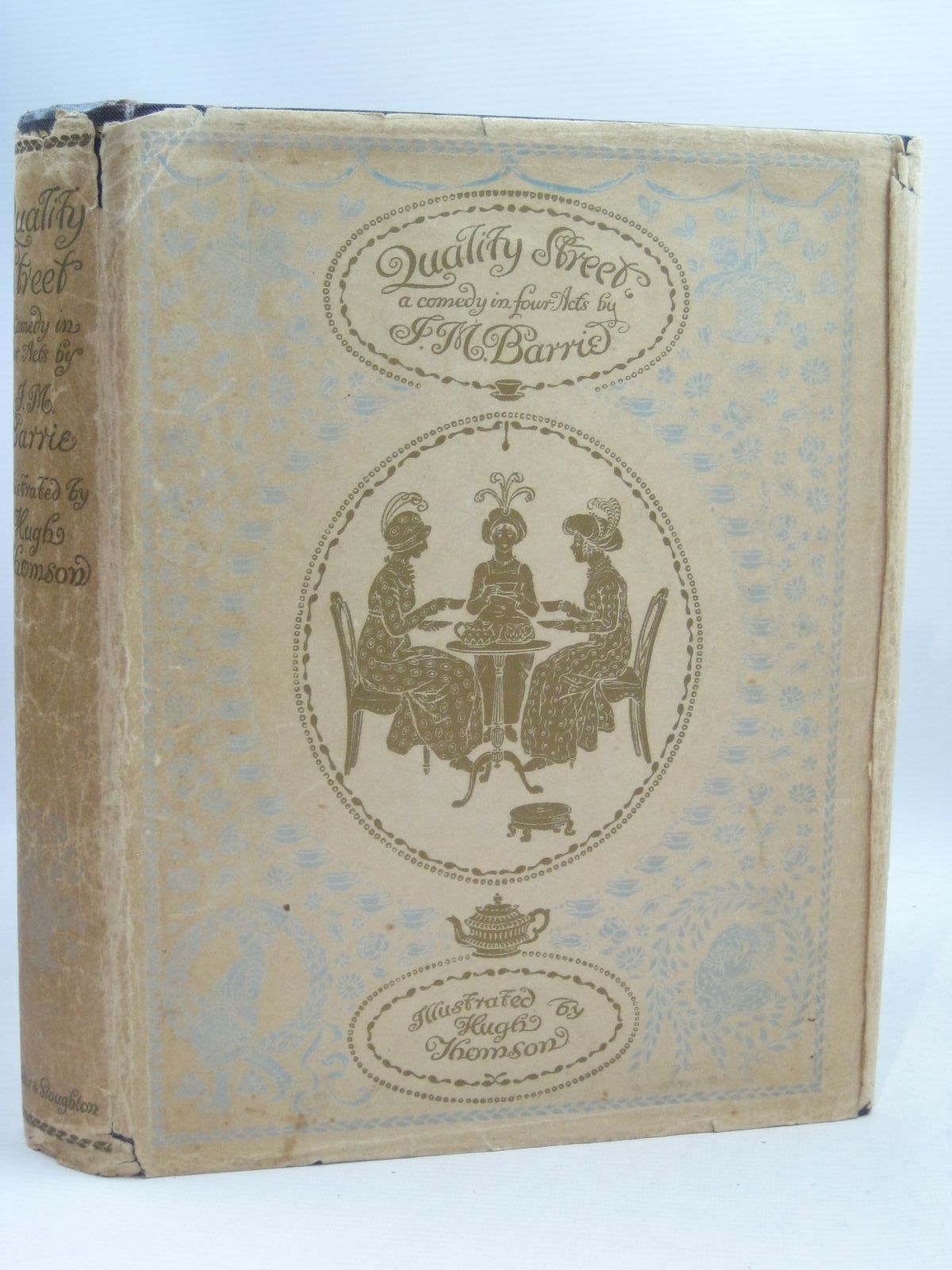 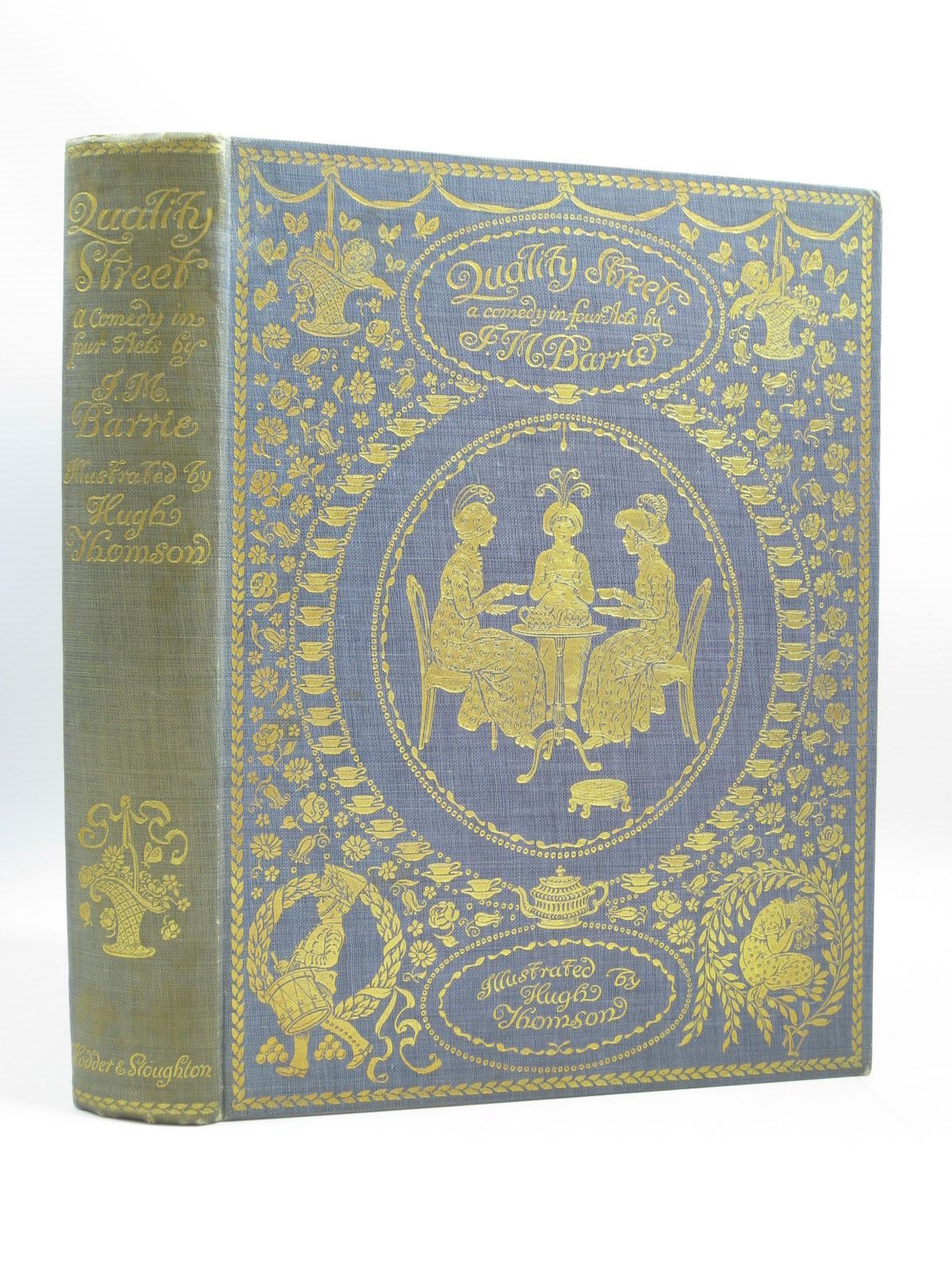 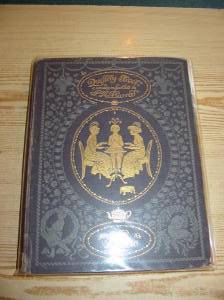