A Child's Garden Of Verses by Robert Louis Stevenson

Who has not heard of A Child's Garden of Verses? Probably very few...

But how many would associate this delightful collection of poetry with the exciting and romantic adventure story Treasure Island, or the much darker and most famous study of the abysmal depths of personality The Strange Case of Dr Jekyll and Mr Hyde? All came from the pen and fertile imagination of the Scottish writer and poet Robert Louis Stevenson.

Stevenson was born in Edinburgh in 1850 into a family more famous for engineering than for literary prowess - his father, Thomas, invented the marine dynamometer, which measures the force of waves, and his grandfather, also a Robert, was Britain's greatest builder of lighthouses.

As a child, Stevenson was devoted to his nanny, Alison Cunningham, and it is to his nanny that he dedicated A Child's Garden of Verses:

"To Alison Cunningham From Her Boy...
For the long nights you lay awake and watched for my unworthy sake:
For your most comfortable hand that led me through the uneven land:
...
My second mother, my first wife, the angel of my infant life -
From the sick child, now well and old, take, Nurse, The little book you hold!".
(Dedication - illustrated by Michael Foreman [right])

Stevenson suffered from tuberculosis and during his early years he spent much of his time in bed. A Child's Garden is largely autobiographical and many of the poems explore the fantasy world of the small child and the imagined trips taken at night when the rest of the world is fast asleep. Poems with titles such as 'Bed in Summer', 'Young Night Thought', 'The Land of Counter-Pane', 'The Land of Nod' and 'Escape At Bedtime' reveal the yearning for adventure and excitement of the young Stevenson who was so often confined to bed.

"When I was sick and lay a-bed, I had two pillows at my head,
And all my toys beside me lay to keep me happy all the day.
And sometimes for an hour or so I watched my leaden soldiers go,
With different uniforms and drills, among the bed-clothes, through the hills..."
(Land of Counterpane - illustrated by Willebeek le Mair [left])

By the time Stevenson was thirty-five he had had several novels published but, despite the fact he had been writing verses since his teens, he had not had any poetry published. Having read Kate Greenaway's Birthday Book for Children while on holiday with his wife in 1881, he commented that they were "rather nice rhymes and I don't think such verses would be difficult to do". Putting aside his manuscript for Treasure Island he turned his hand to producing some 'nice rhymes' about his childhood. He thought of several titles, including 'Nursery Verses', 'The Jews' Harp', and 'The Penny Whistle', before finally deciding on the title A Child's Garden of Verses.

The book was published in 1885. Stevenson had hoped to have the book illustrated by one of the three foremost illustrators of that time - Walter Crane, Kate Greenaway or Randolph Caldecott. Unfortunately they were not available and so the book was printed without illustrations in an edition of 1000 copies. Recognising the universal appeal of this collection of little poems, many artists have since illustrated the book, with new editions still being produced today, over 100 years later.

Stevenson travelled extensively during his lifetime and, although his experiences at sea were not always pleasant, many of his verses reflect his maritime connections. In poems such as 'Pirate Story', 'Where Go The Boats?', 'My Bed Is A Boat' and 'My Ship And I' we see the little boy as captain of his ship, (a washing basket, a swing, a bed, or model boat!), setting sail to foreign parts and exciting adventures.

"Three of us afloat in the meadow by the swing,
Three of us aboard in the basket on the lea.
Winds are in the air, they are blowing in the spring,
And waves are on the meadow like the waves there are at sea"
(Pirate Story - illustrated by Tasha Tudor [right])

Writing A Child's Garden Of Verses helped Stevenson through one of the most traumatic periods in his life. During 1884 he suffered a life-threatening haemorrhage, sciatica and Egyptian opthalmia - a highly contagious disease which results in blindness. Friends knew that when illness prevented him from writing prose, he turned to poetry. Forbidden to move, Stevenson lay in bed in a darkened room with his right arm tied to his side, forcing himself to write with his left hand. He must have drawn much comfort from these verses, reminiscing about his childhood and dwelling on the happier times in his life. We find these memories in poems such as 'The Hayloft', 'Autumn Fires', 'The Swing', and 'Picture Books In Winter'

The book ends with a series of poem dedications; 'To Willie and Henrietta', 'To My Mother', 'To Auntie', 'To Minnie', 'To My Name-Child' (named as Louis Sanchez in the poem, this was Stevenson's nephew, son of his wife's sister Nellie Sanchez), and last but not least - 'To Any Reader':

"As from the house your mother sees
You playing round the garden trees,
So you may see, if you will look
Through the windows of this book,
Another child, far, far away,
And in another garden, play.
But do not think you can at all,
By knocking on the window, call
That child to hear you. He intent
Is all on his play-business bent.
He does not hear; he will not look,
Nor yet be lured out of this book.
For, long ago, the truth to say,
He has grown up and gone away,
And it is but a child of air
That lingers in the garden there."
(The Flowers - illustrated by Jessie Willcox-Smith [right])

Stevenson died of a brain haemorrhage on December 3, 1894 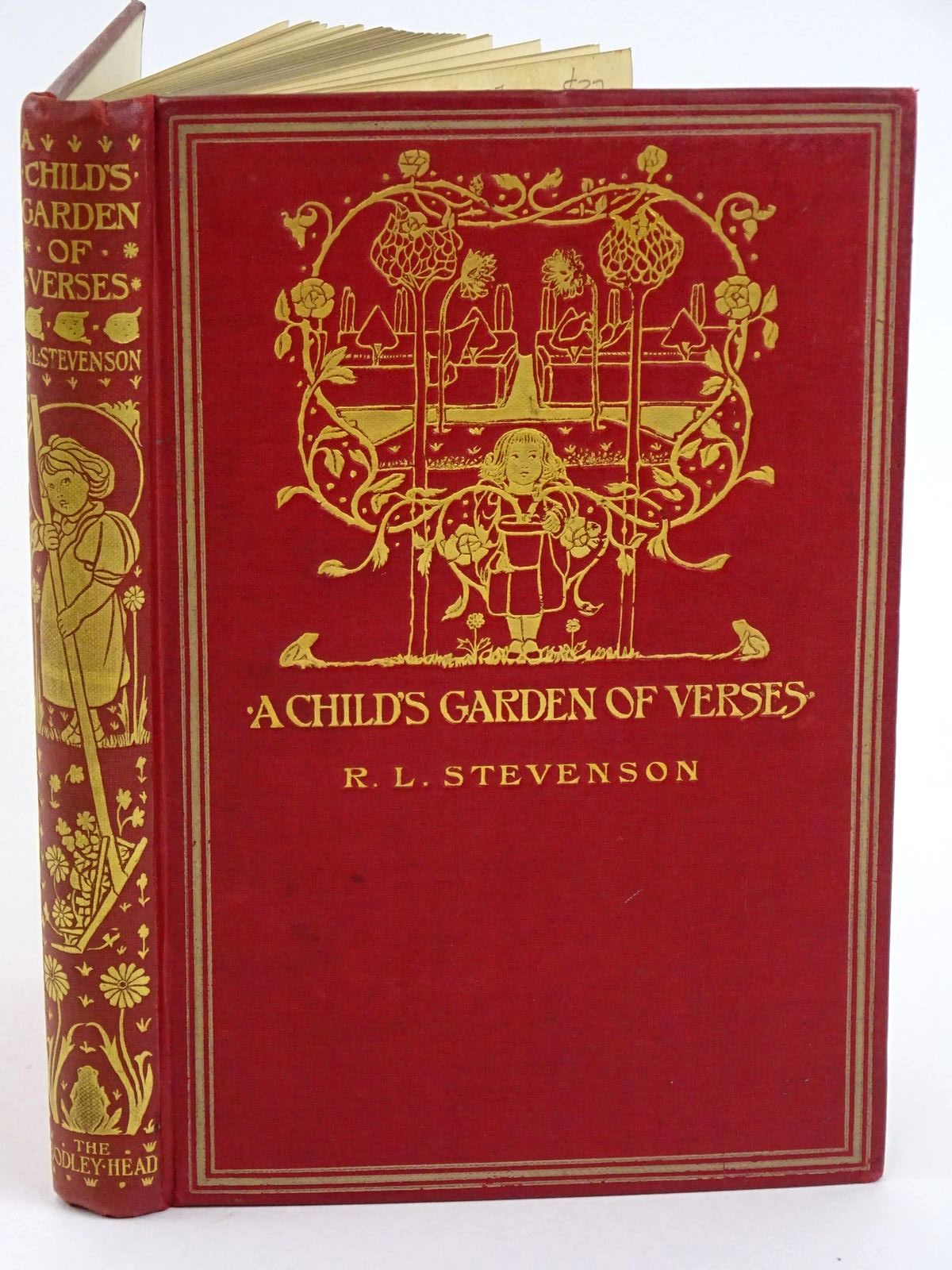 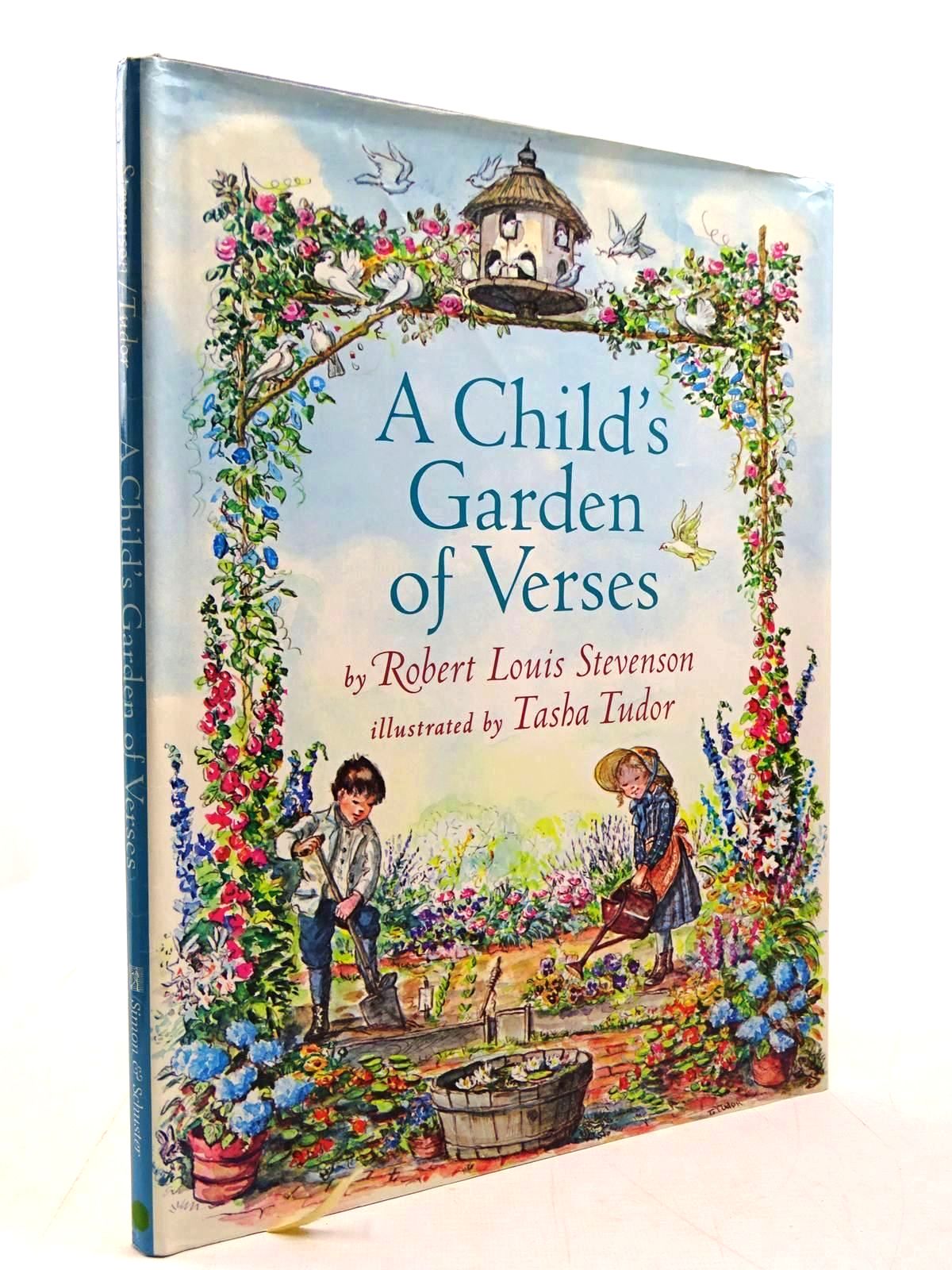 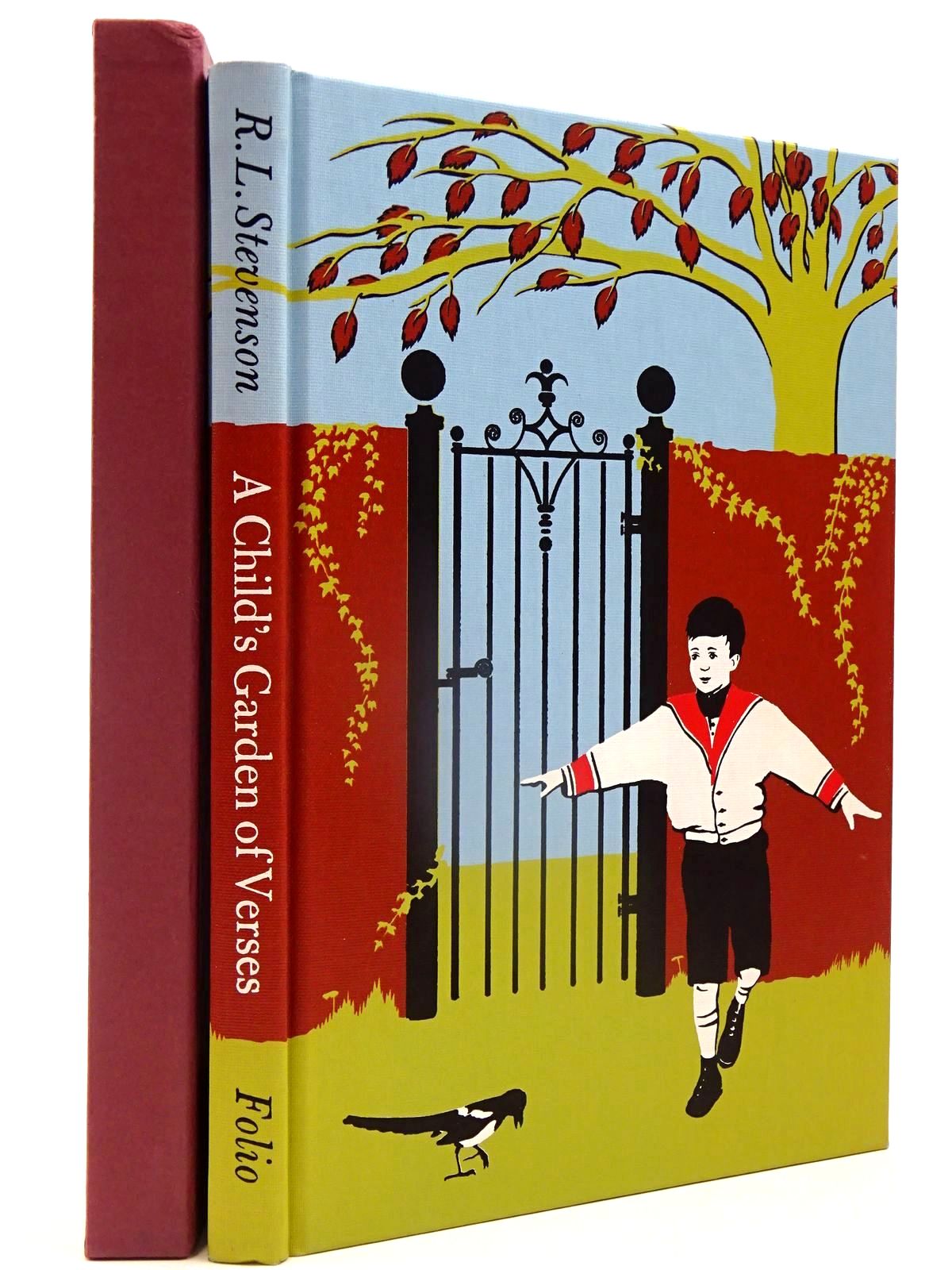 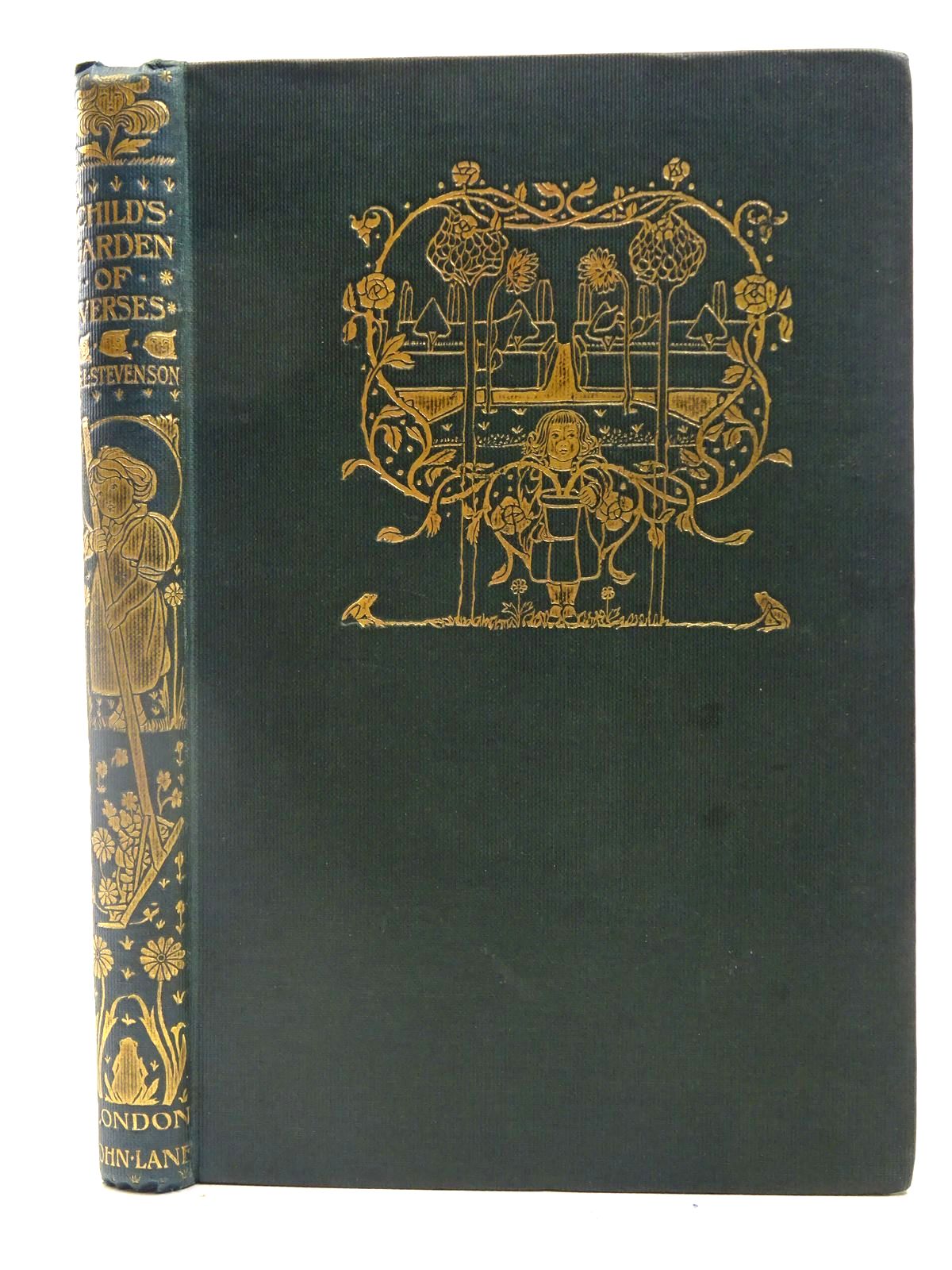 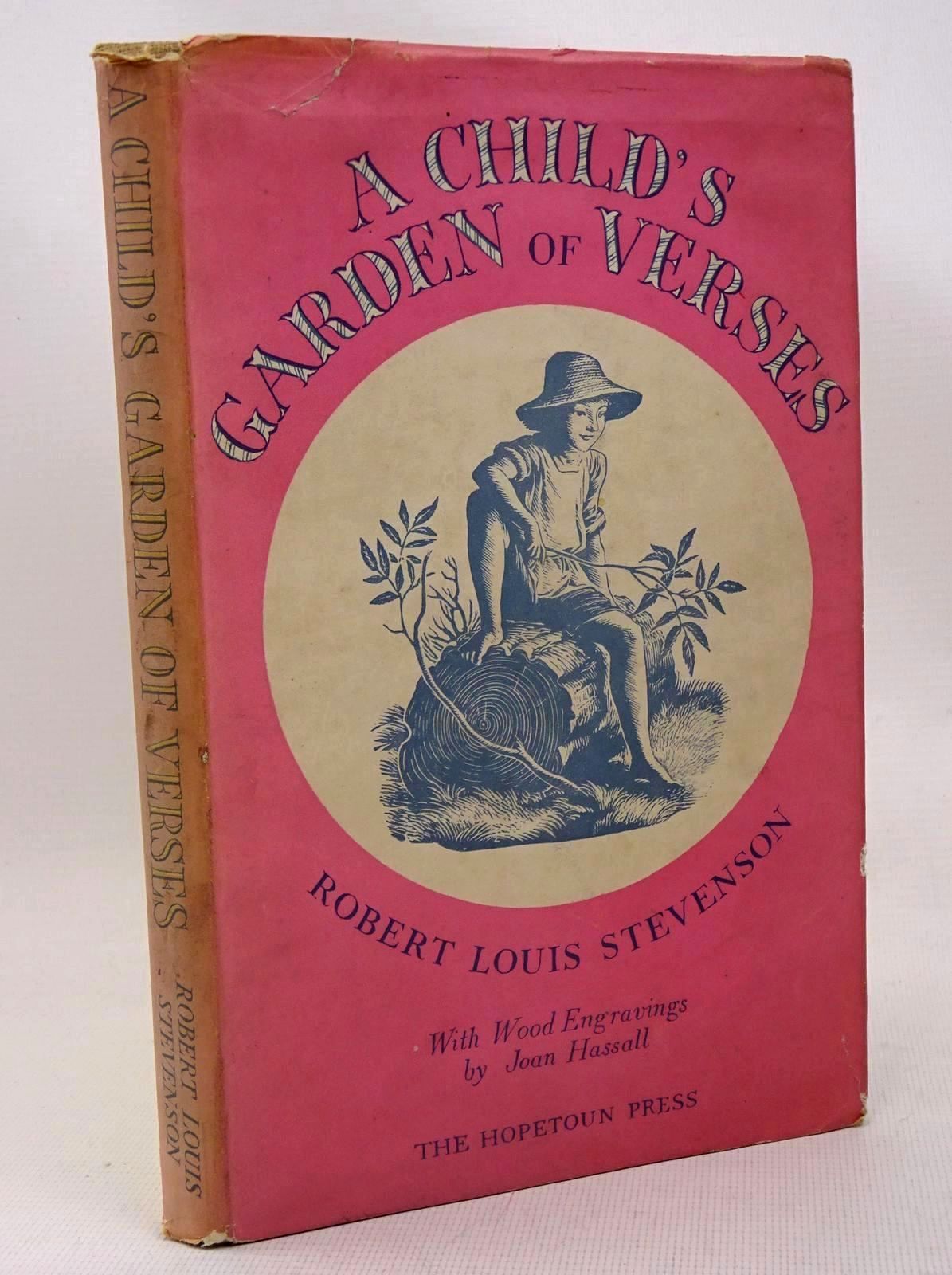 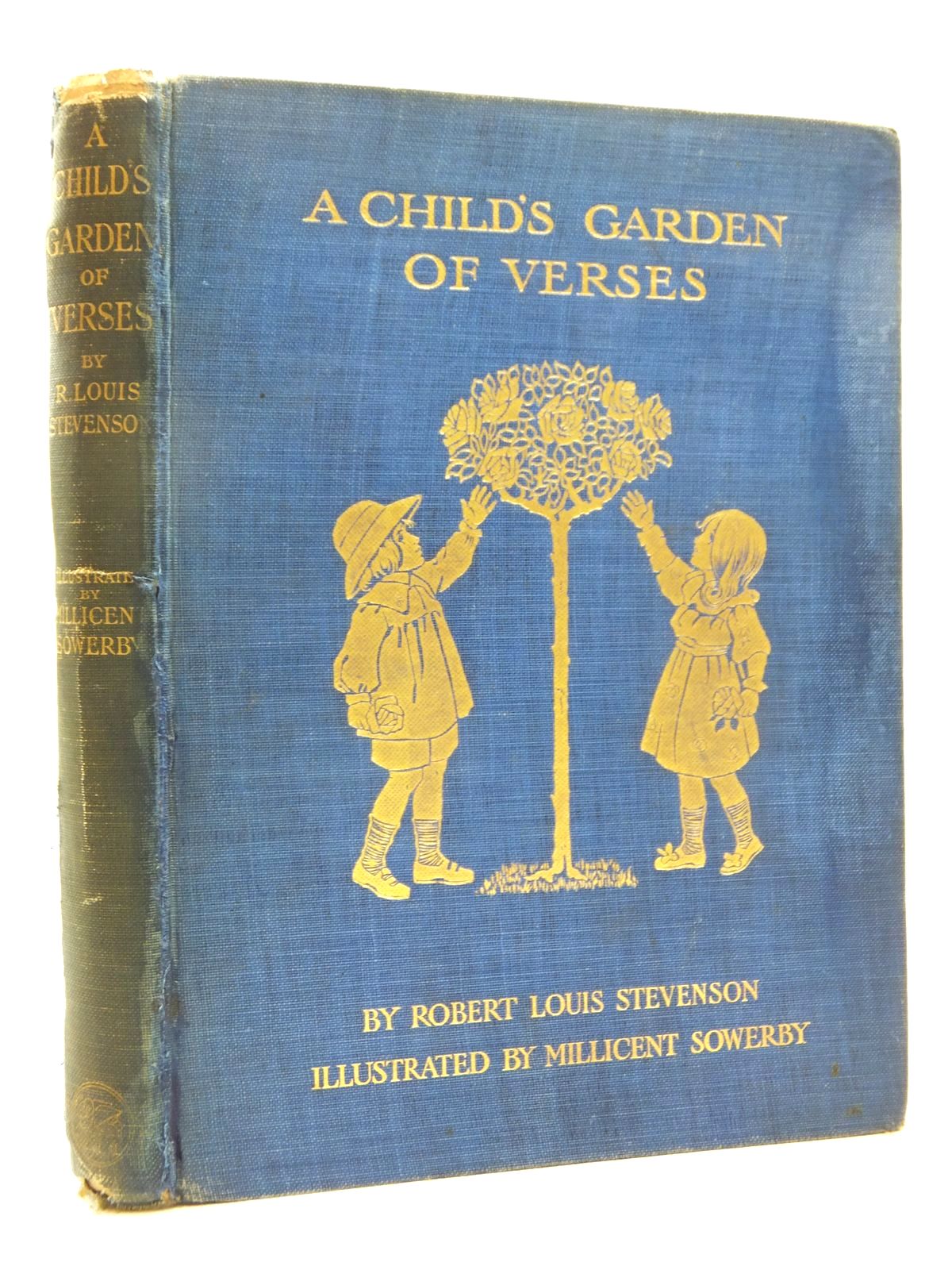 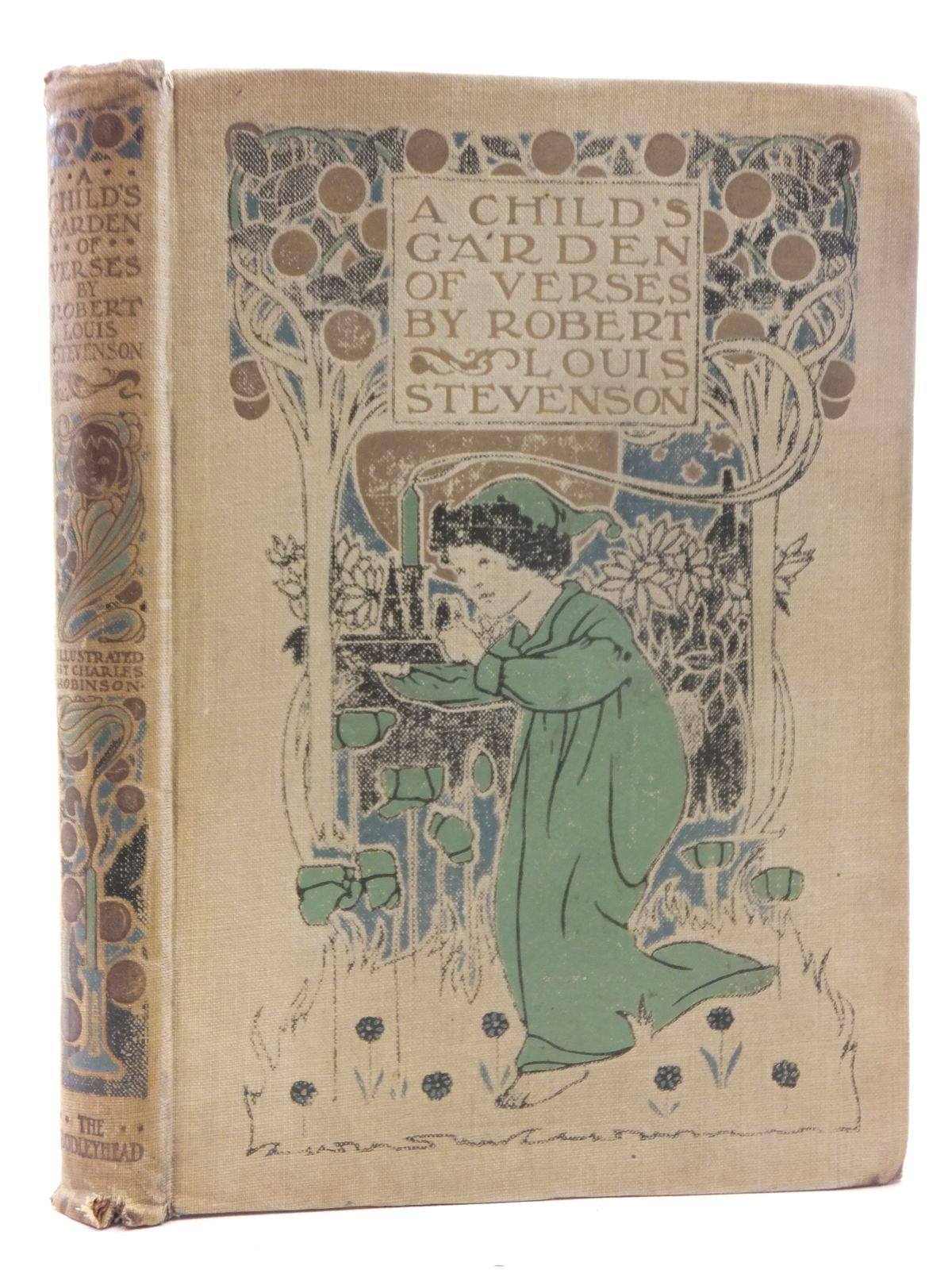 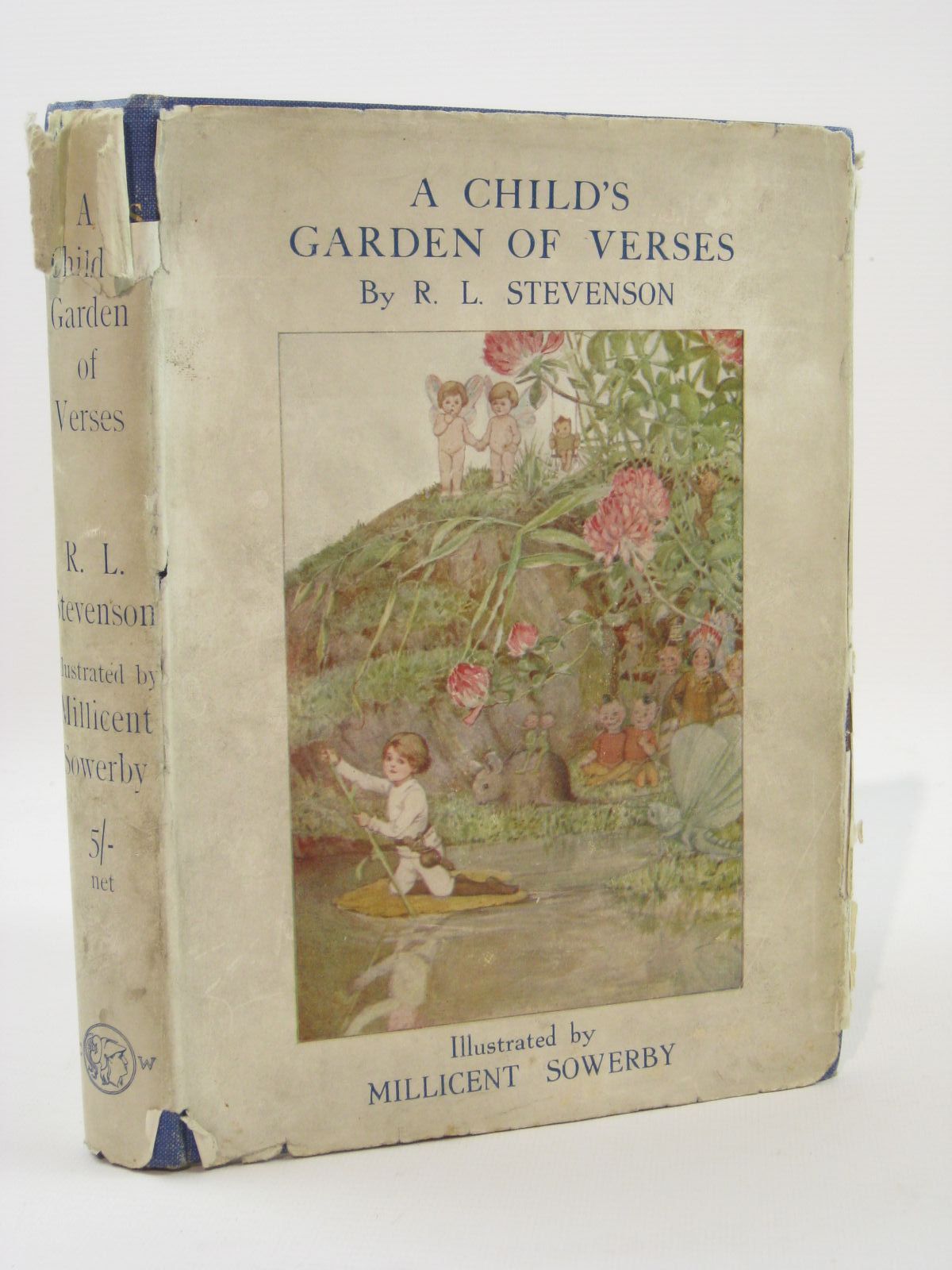 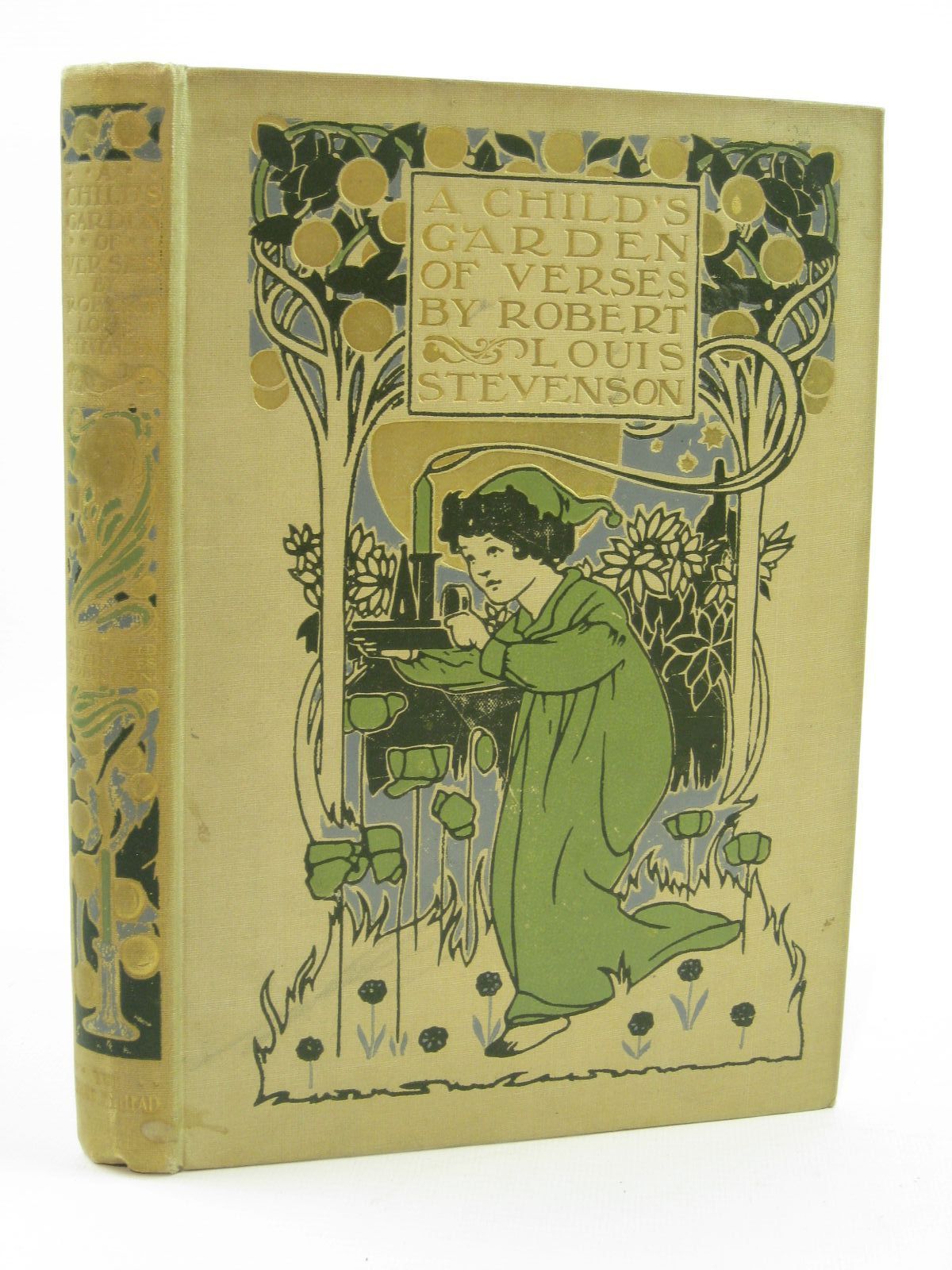 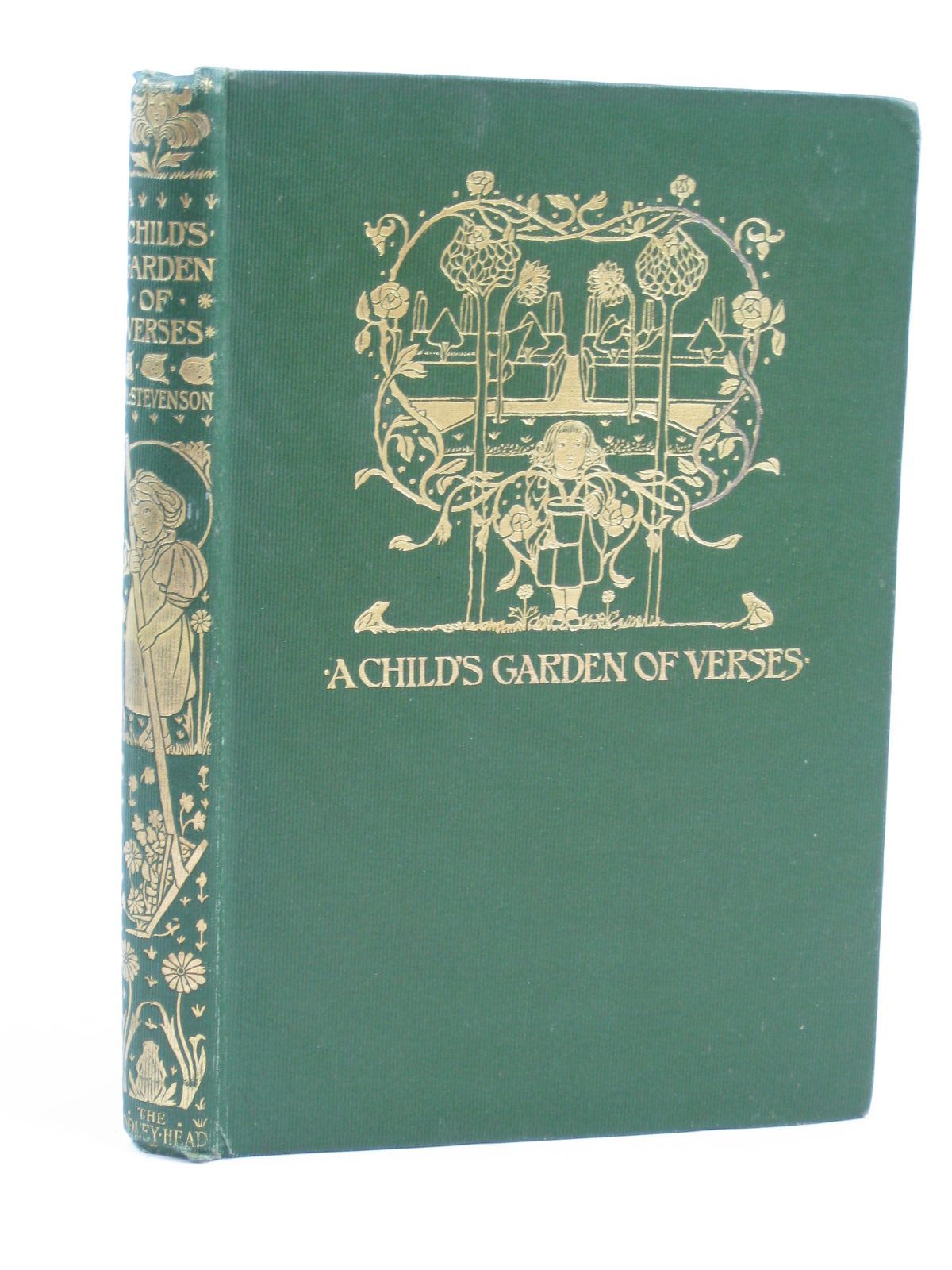 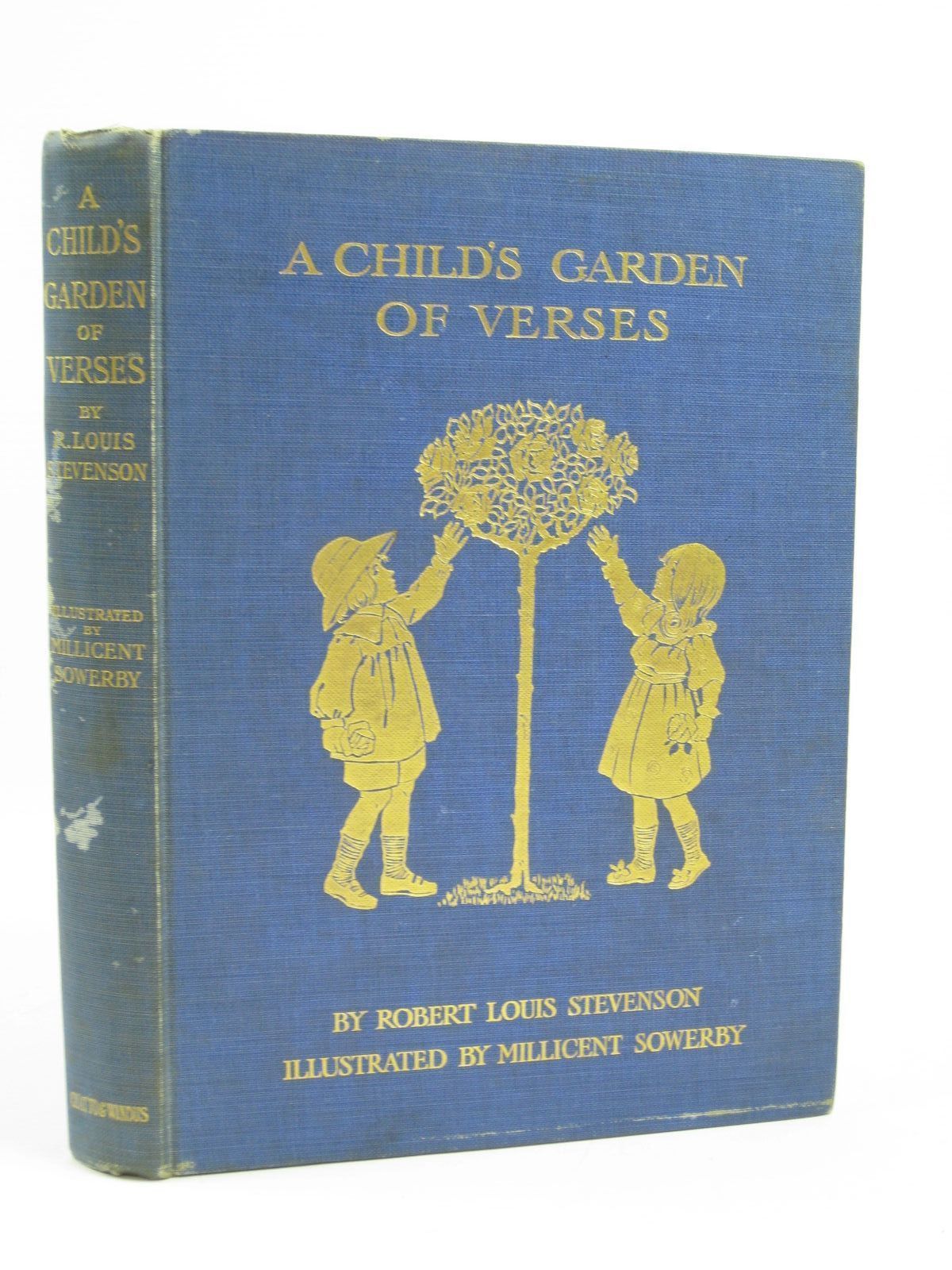 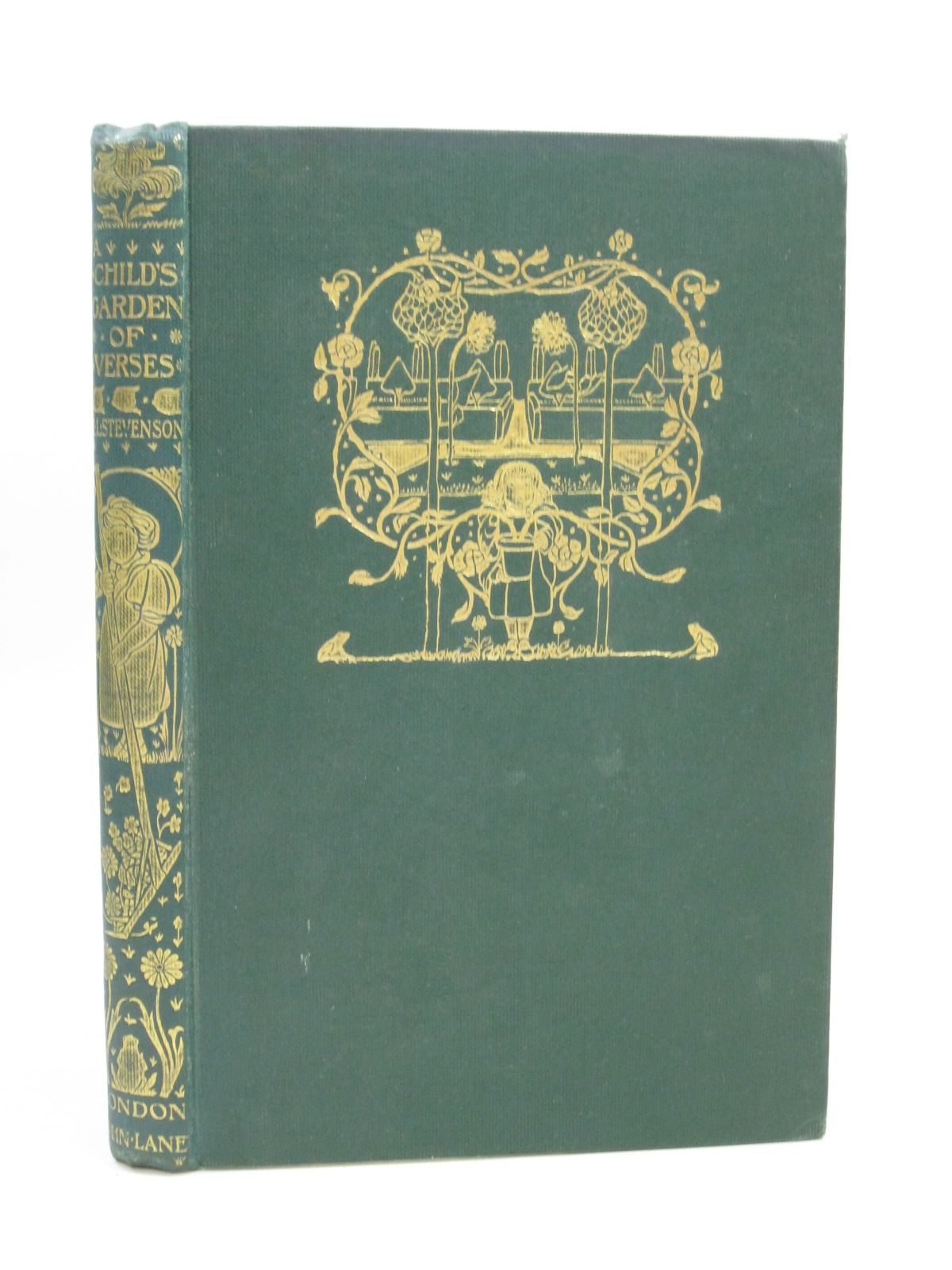