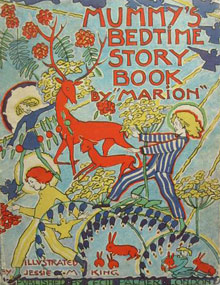 Jessie M. King is an illustrator's name I have heard many times since I started working at Stella Books but somehow I never seem to see any of her illustrations. Well, that all changed the other day when a copy of Mummy's Bedtime Story Book came into stock. It has one of those book covers which says to you "look at me!" with its bright colourful boards, yet having a certain essence about it which says "I am an old book". I find this an unusual combination as most of our pre-World War II children's books tend to either have bright pictorial wrappers or understated but elegantly decorated boards, not the brash colourful boards of this book. Anyway this has inspired me to do some research and try and find out some more about Jessie King. 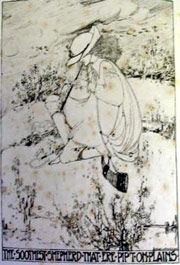 One of the first facts that I discovered is that Jessie M. King is probably better known for her early work which is of much finer quality. She used almost mathematical precision, building up the images with minutely thin pen lines in small highly detailed areas, offset by the surrounding white space. I admire these simply for the sheer skill and patience it must have taken, more so than the illustrations themselves.

Right: illustration from Comus, A Masque

Jessie Marion King was born on March 20th 1875, daughter of Mary Ann Anderson and Reverend James W. King. Her father tried to squash Jessie's creativity as a youngster but she managed to indulge her passion while in school and then hide the results in the hedges on the way home rather than have them destroyed! However, she must have had some influence over her father as she was allowed to attend the Glasgow School of Art, where she would later teach for a period. 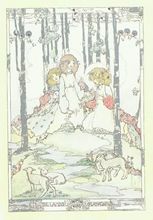 Jessie's professional career began in 1899 and she used her talents in many fields, including book covers, bookplates, ceramics, jewellery, posters, fabrics, murals, interior design, costumes and wallpaper. She won a gold medal in the International Exhibition of Decorative Arts for the book design ofL' Evangile de L'Enfance in 1902. She married Ernest Archibald Taylor in 1908, but retained her maiden name, despite convention, presumably because of the success she had already achieved.

In 1910 Jessie and her husband moved to Paris where they jointly ran a studio gallery while Ernest was also professor at the Studio School of Drawing and Painting. While living in Paris, it is said that Jessie's work was greatly influenced by costume designer Leon Bakst, with her style moving from linear to a broader line with brightly coloured washes. However in 1915 at the outbreak of war Jessie and Ernest were on the move again, this time back to Scotland and the artist community of Kirkcudbright. InterestinglyKirkcudbright became the title of one of Jessie's books, first published in 1934. Whilst in Kirkcudbright her style changed again, turning to loose, vividly coloured landscapes. Jessie attributed the change in her work to her short-sightedness but it was not well received by critics when first exhibited.

Right: illustration from The Heroes or Greek Fairy Tales.

During her career Jessie wrote and illustrated a number of books herself and also illustrated over 30 books by other authors, many of which are highly collectable and sought after. If you would like further information a book has been written about Jessie M. King called The Enchanted World of Jessie M. King by Colin White.

Some of the information for this article was gleaned from the Women Children's Book Illustrators website. 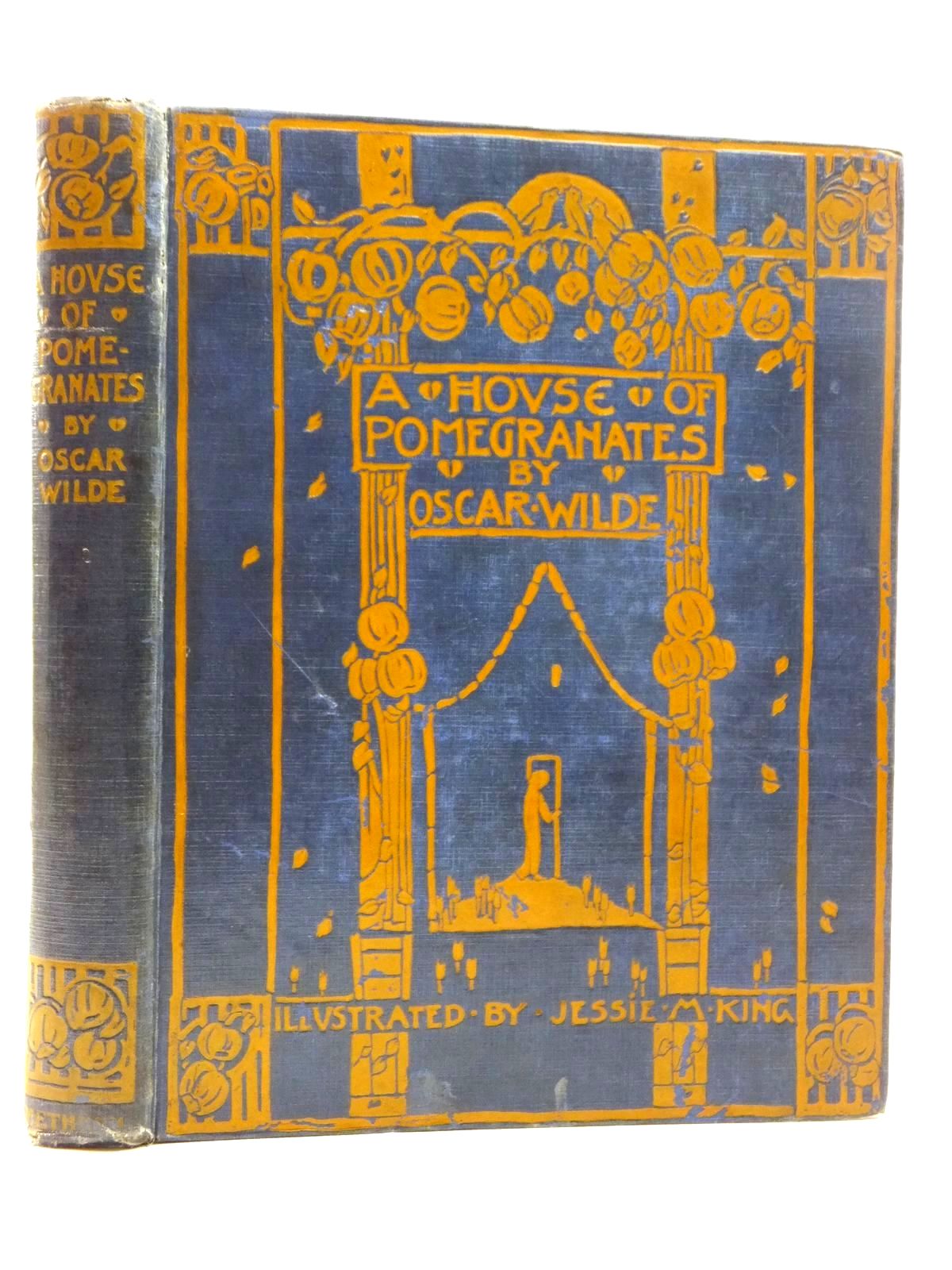 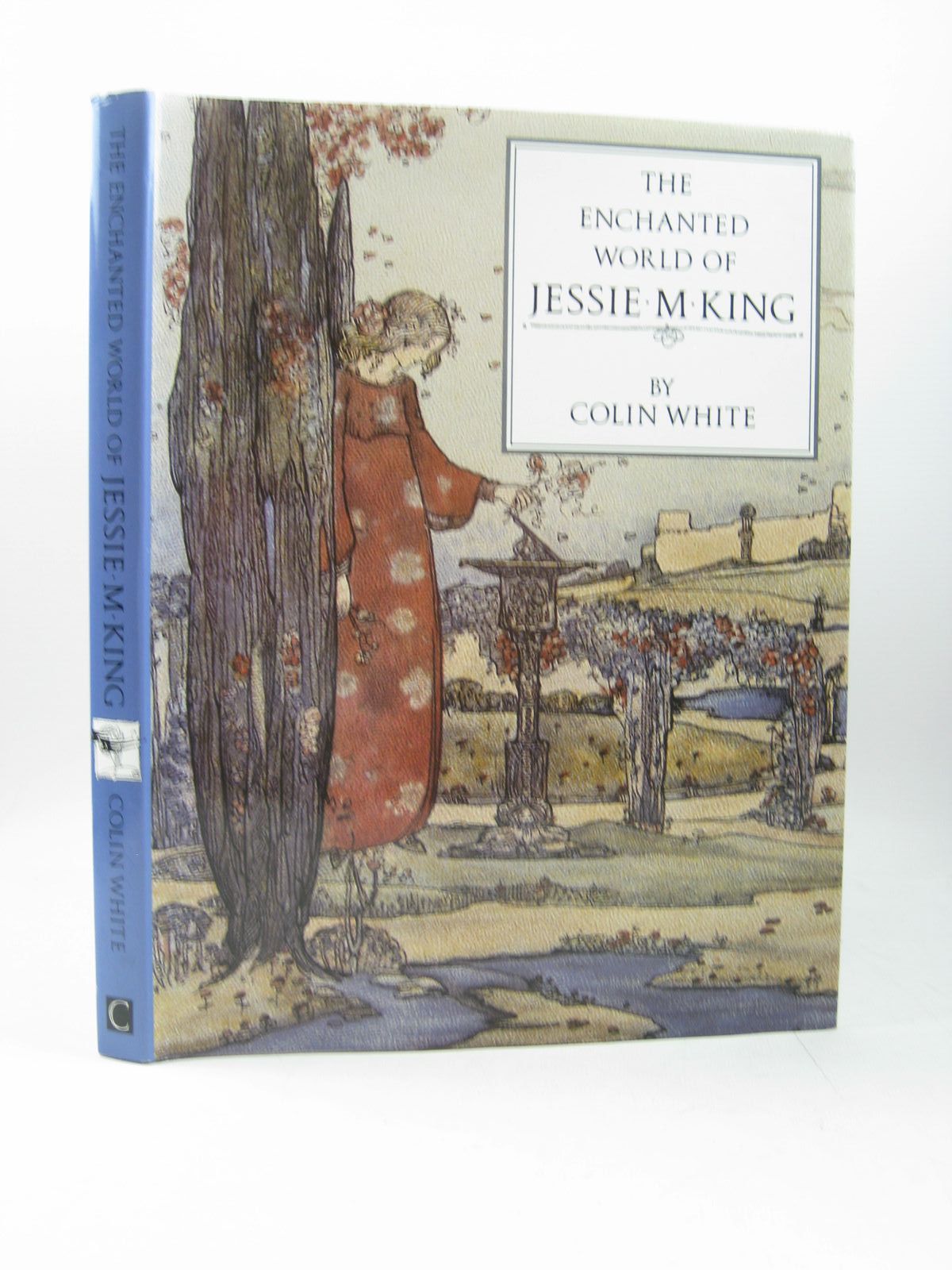 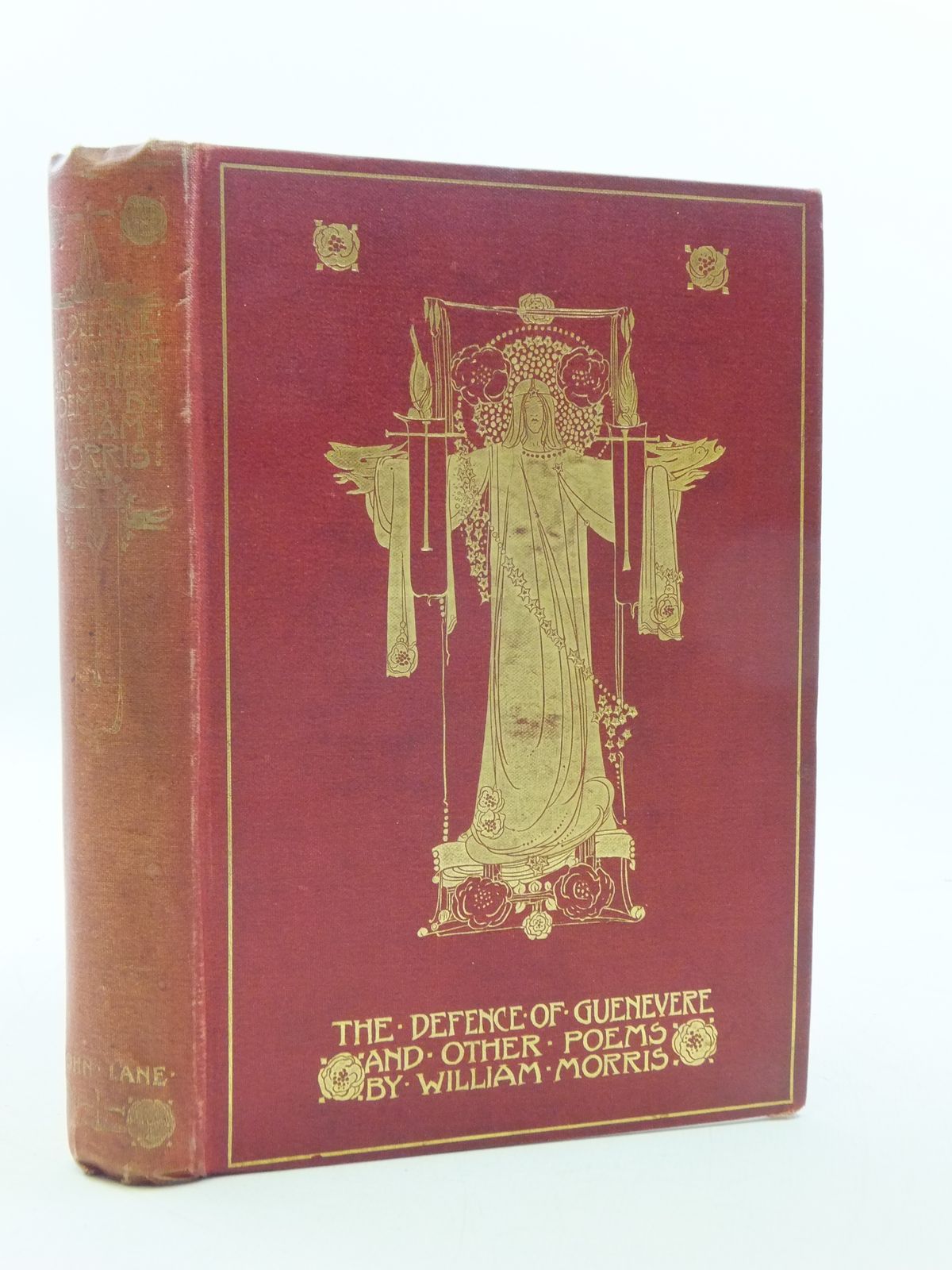 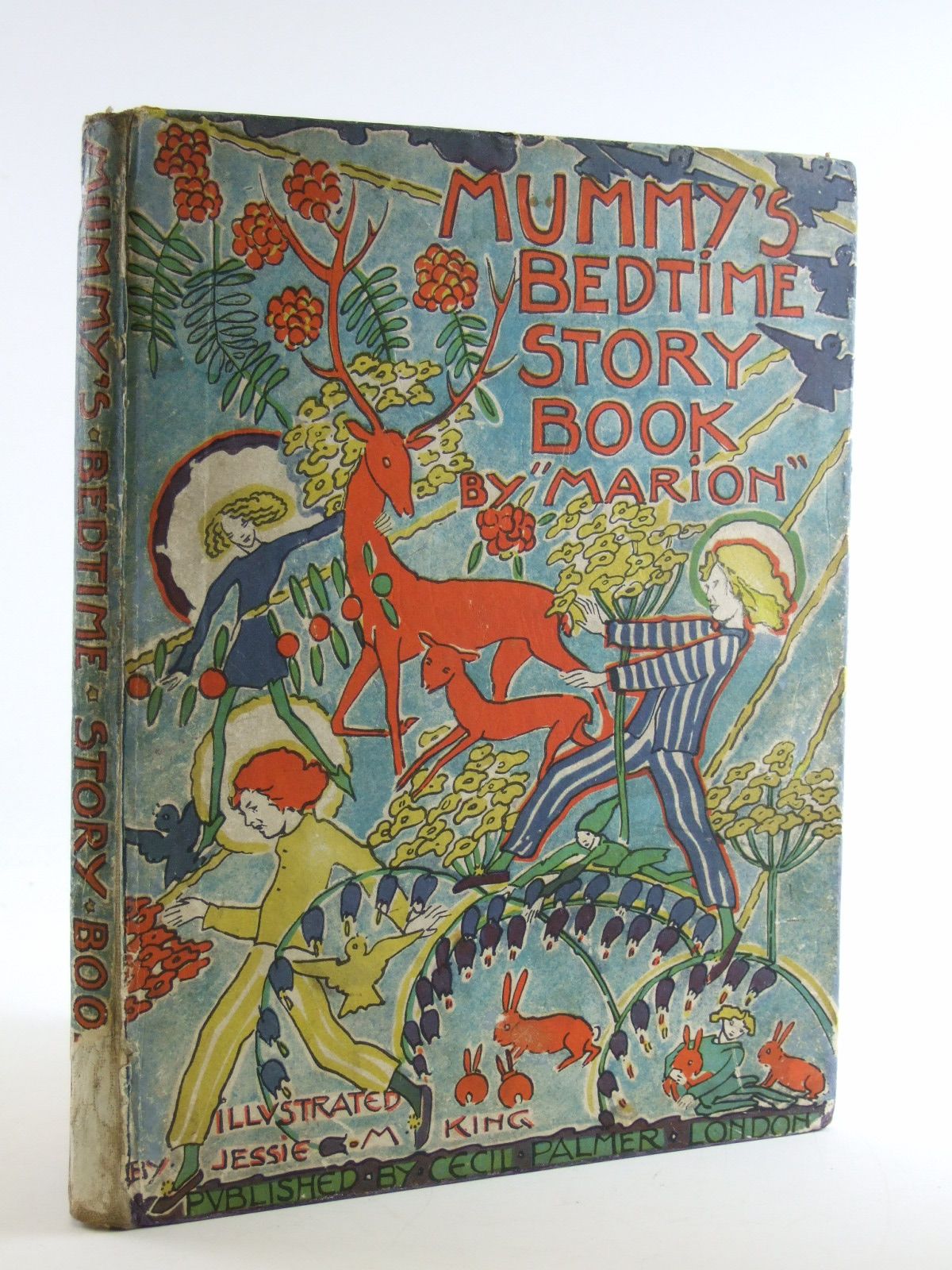 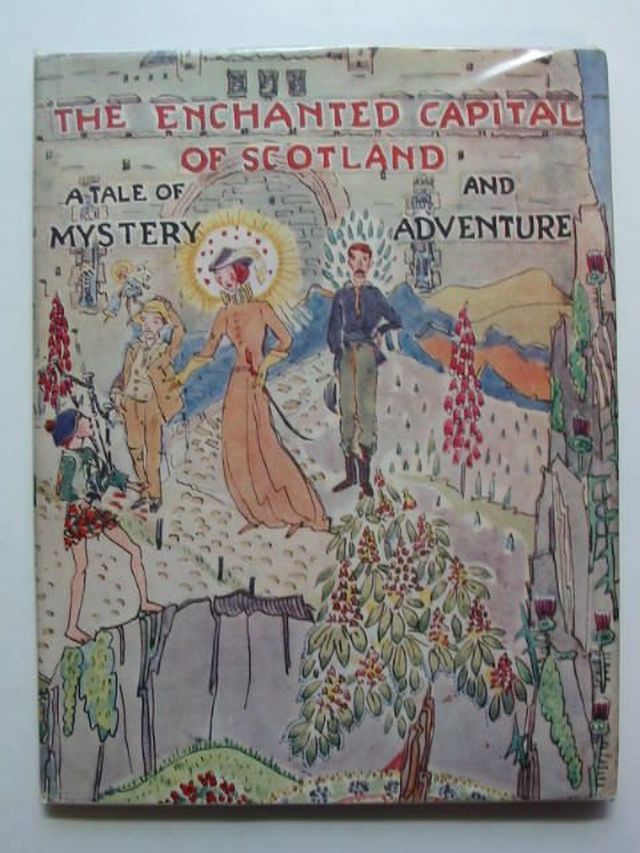 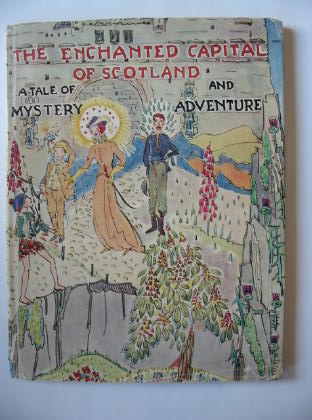 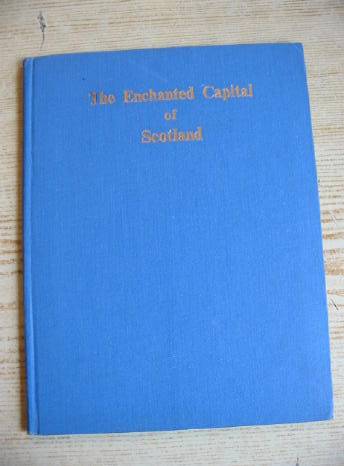